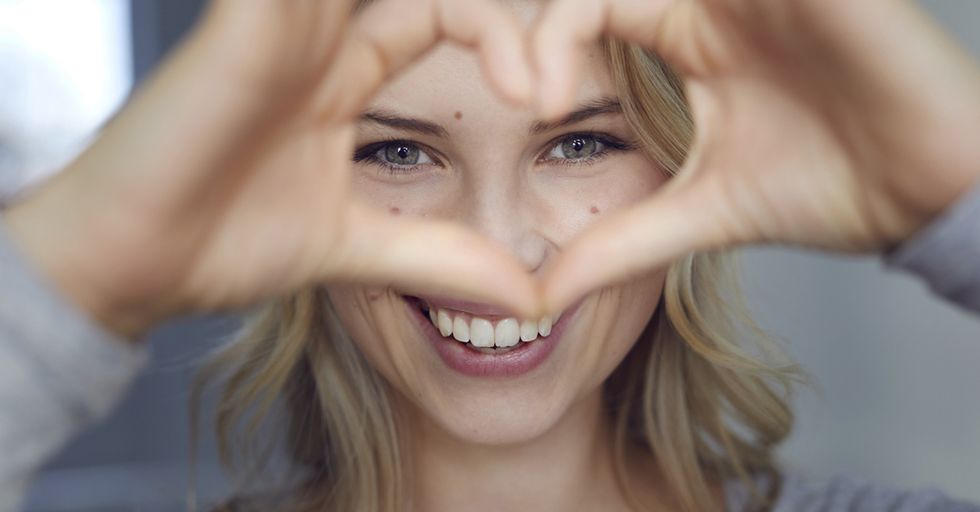 This Trait Makes People Like You For Absolutely No Reason

Sometimes you meet someone and immediately, they just make you feel good. Think about the calming effect of watching Marie Kondo or the way everyone loves Ellen DeGeneres – she just seems so nice, doesn't she?

The same goes for people that make everyone uncomfortable. Sometimes people just have a bad vibe. Take <i>The Office</i>'s Michael Scott or your one aunt who everyone in your family technically loves but secretly hopes doesn't come to Thanksgiving this year because she's just kind of a downer.

It would be easy to say these people give off good or bad vibes depending on if they are happy or excited or angry or complaining all the time, but sometimes you actually can't quite place your finger on what it is about someone that makes you either drawn to them or dislike them.

It turns out, science agrees with you. There is something about certain people that makes their personality more or less attractive to others. And they're trying to determine what exactly that thing is.

Are there some people in your life that just kind of make you feel good or bad, but for no particular reason?

You may not necessarily know why they make you feel the way they do, but you can feel it when you are around them.

Like the guy on Twitter who thinks maybe the reason that guys become dead beat dads is because some kids just have bad vibes!

But it turns out science has been trying to pin down what exactly it is that makes people naturally drawn to some people and naturally feel uncomfortable around others.

And it's not as easy as you might think.

Scientists have researched something called an "affected presence."

Although they can't quite pin down what the means exactly, they have found through experiments that people often tend to agree on what traits a particular person makes them feel. The Atlantic recently published an article about this phenomenon.

But the original research was done in 2010.

Organizational behavior scientists, Noah Eisenkraft and Hillary Anger Elfenbein designed an experiment to see how other people's personalities affected those around them.

While that is helpful to understand how human being regulates their own emotions, it didn't account for how human beings can contribute to other people's emotions with their presence.

The researchers decided to conduct a study that took into account how other people's presence affected the moods of those around them.

For their experiment, they studied a group of business students.

The students were all enrolled in the same business school classes together and were assigned to all group projects together. Which sounds like a lot of time spent around the same group of people, but I guess that was kind of the point.

At the end of a semester, the students were asked to rate how every other member of the group made them feel.

This kind of sounds like the burn book from Mean Girls, but I guess science can be kind of catty?

The students were given specific choices for the emotions the other students made them feel.

They could choose between stressed, bored, angry, sad, calm, relaxed, happy, and enthusiastic.

If I made the study, I would have listed, "Pissed Michael isn't pulling his weight on this group project."

But I guess I'm not a scientist.

What they found was that the students overwhelmingly rated the other students as making them feel the same way.

But what's even more interesting is that those feelings didn't necessarily reflect the demeanor of the student.

While the student themselves may have reported feeling happy, they still could cause other students to feel stressed whenever they were around. So their mood at the time wasn't the determining factor in how they made other students feel, but their overall vibe was.

But the scientists still can't exactly place what it is about people that give them a "vibe."

If it's not their day to day moods, what is it?

The scientists think it may have to do with a number of factors beyond mood.

Things like body language, how well people listen to others, or their tone of voice. Intuitively, most people know this to be true, even if we can't quite put our finger on it either. Some people just have a thing that makes you feel more comfortable around them even if they are in a bad mood, and some people just annoy you, even if they are acting like a perfectly reasonable human.

They also think it might have something to do with how people regulate their own emotions.

Which means much like our bodies, our minds also crave homeostasis.

We are happiest when things are equal and balanced, and that includes the people around us.

The scientists also found that people aren't great judges of their own affective presence.

In their study, people were rarely able to describe themselves consistently with how the people around them saw them. Which confirms my personal worst fear, that I might be really annoying and nobody is telling me.

So you could be a happy person, but not necessarily a person who makes other people happy. Which is kind of sad.

In another study, researchers at the University of Sheffield conducted a speed dating workshop to see how Affective Presence affected dating.

Instead of spending an entire semester together, students were made to go on 4-minute dates with each other and then rate how the other people made them feel.

Again, they found that people overwhelmingly rated people in the same way.

I guess you just have to hope you're not someone with a bad affective presence.

The researchers didn't test whether affective presence can change over time, however.

So maybe all hope is not lost. Maybe people can improve their affective presence.

But what's even more confusing is that positive affective presence isn't always a good thing.

People who have a positive affective presence may be able to inspire others to do things based upon their positive feelings toward them.

But that doesn't mean they will always inspire people to do good things. Think about a dictator or the hot but bad guy in a leather jacket from your high school who convinced you skipping class to smoke cigarettes with him was totally fine. (Ok, maybe not in a leather jacket but you know what I mean).

Think about the strict teacher who made you write like 500 pages on Hamlet but looking back, taught you more than anyone else even though you dreaded going to her class.

So what does this all mean?

Should we all be heeding the "Good Vibes Only" posters they sell at TJ Maxx or be alone forever?

There's still a lot of studying that can be done on the subject. The researchers are just scratching the surface of how humans influence each other's moods.

And if we really all had the same feelings about everyone, how could you explain the popularity of morning radio DJs?

Having to listen to the radio from 7am-10am is just pure torture and a series of prank phones and screaming. But some people must find that alluring or they wouldn't be on the air, right?

So maybe we don't need to worry our personalities are off-putting and everyone secretly hates us.

At least not without further research.