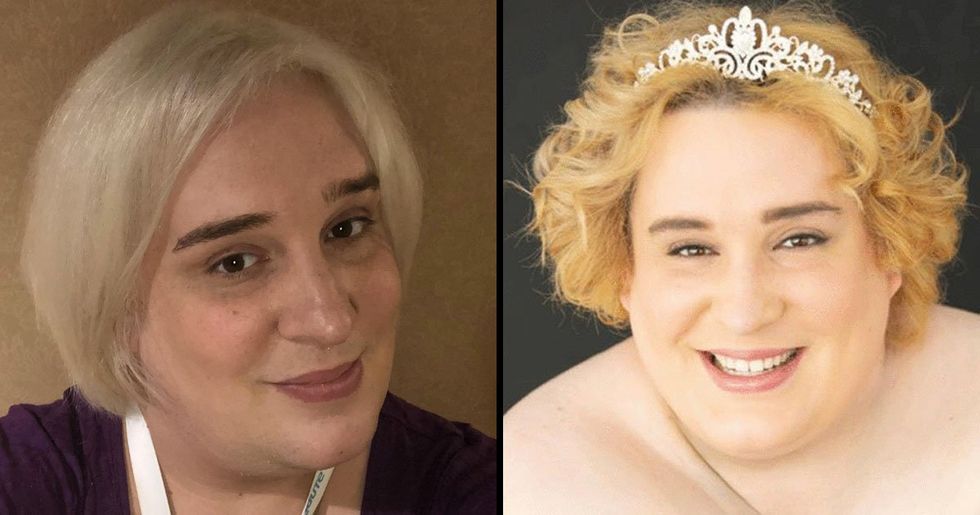 It seems that we will never live in an age in which there aren't issues surrounding the treatment of the LGBTQ+ community. It's a heartbreaking reality that many members of the community still suffer from hate and prejudice, and that the ignorant thoughts of the individuals inflicting the hatred affect them on a daily basis.

But controversy isn't only caused by bigots and homophobes.

Recently, we all heard about a trans woman named Jessica Yaniv who caused a stir amongst the community when she announced that she was going to file complaints against other women who refused to wax her. Now, the tables have turned and it seems as if Yaniv is the one with handcuffs around her wrists.

Keep reading to find out why...

Acceptance for the LGBTQ+ community has grown massively over the years...

Today, in 2019, we are all becoming more accepting of and respectful towards the LGBTQ+ community. We celebrate those who aren't afraid to love who they love - as we should!

The transgender community is bigger than ever...

Merriam-Webster defines "transgender" as "of, relating to, or being a person whose gender identity differs from the sex the person had or was identified as having at birth." Over the years, this has been embraced and those that identify as transgender have been able to comfortably be themselves - something that is ridiculously important.

Many trans people choose to undergo gender reassignment surgery, which "is performed to transition individuals with gender dysphoria to their desired gender." Some trans people choose not to have surgery, either due to specific circumstances or personal preference and are happy to identify as any gender they choose while opting not to alter their genitals.

But, sadly, trans people put up with hate and abuse on a daily basis.

Alongside other members of the LGBTQ+ community, trans people face hate, abuse, and even death in some cases, for identifying as themselves.

So the world is no stranger to issues surrounding the treatment of the community...

And Jessica Yaniv is certainly no stranger to being the face of these issues.

The Canadian-born Yaniv now identifies as Jessica, and, ultimately, as a woman. Like many other women, Yaniv wanted to visit the salon to get a Brazilian wax.

Yaniv wanted access to the intimate services that were located in Vancouver but was ultimately refused as she still has male genitalia. Any female beautician who refused to handle her manhood is being "transphobic," according to Yaniv, because they are "denying her womanhood."

Complaints were filed against more than a dozen female waxers...

This was done with the help of the Human Rights Council (HRC) in British Columbia. According to reports, Yaniv claimed that the women’s refusal to give her a Brazilian wax, to handle her manhood while removing hair, is discriminatory behavior.

Yaniv believes that she is entitled to these services as much any other woman is.

She said that "self-identifying as a woman is sufficient to be treated as a woman and to get access to services typically reserved for women."

The hearing learned that Yaniv came across a waxing business via Facebook back in 2018.

Women are having action taken against them for refusing to handle male genitalia...

2 of these women have already been forced out of business by the HRC's actions.

One of these women is an immigrant...

Coming from Brazil, this anonymous woman operated her female waxing business from home in order to provide for her young children. For her own personal reasons, she refused an unknown "male" into her home to provide services around "his" genitals - which has now led to her being out of a job.

Despite the LGBTQ+ community usually standing by one another...

People have been quick to turn against Yaniv, branding her a "psychopath" and even a "predator."

Many have questioned Yaniv as to why she didn't use unisex waxing.

Because Yaniv still has a penis and testicles, people are wondering why she simply couldn't use a salon that provides services for both genders.

The fact that these women are potentially going to be prosecuted is causing a stir...

@trustednerd I can't get my head round the idea that women practitioners should be forced to handle male genitalia… https://t.co/uJ43mdl8LX
— Sheila (@Sheila)1563530477.0

People are bringing up the issues of women's rights, and not just the rights of Yaniv, but of the women who have lost their jobs as a consequence of her actions.

Those in the spotlight have even had their say...

British comedian and creator of The Office, Ricky Gervais, tweeted in his usual blunt and sarcastic way that it is a woman's right to not want to wax testicles.

Many agreed with the comedian's views...

These agreements were also put forward in a way that wasn't transphobic or abusive as Yaniv tried to claim they were.

The truth about Yaniv has been coming out over the last week...

Screenshots from conversations with Yaniv via Facebook messenger have emerged...

This user on Twitter has created an image that highlights all of the inappropriate comments that Yaniv has made towards young girls. She openly expressed that she wanted to share a cubicle with a young girl and "change pads" (sanitary products) together, and even help younger girls with their sanitary needs.

Yaniv has helped to organize a youth "All Bodies" swim in her local area...

The swim is designed to welcome anyone from the LGBTQ+ community, and only allows people aged between twelve and twenty-four-years-old. However, Yaniv outlined the rule that parents and/or caregivers are not allowed to attend for "privacy and safety," as well as putting in a rule that allows participants to attend topless if they please.

Yaniv has been branded a pedophile...

It all seems a little fishy to me...

Yaniv seems to have a slight obsession with young girls, in particular, those who are hitting puberty, and the thought of allowing her to run an event full of youngsters with no guardians present is unnerving. She's also made some pretty questionable comments concerning race: "We have a lot of immigrants here who gawk and judge and aren't the cleanest. people." Yikes.

She claims to be standing up for human rights...

Yet it seems that all she has done is attempt to take advantage of young girls and abuse her power within the LGBTQ+ community. When she didn't get her own way, she filed lawsuits against potentially innocent women who were just trying to earn a living.

But karma works in wonderful ways...

It seems as if the tables have now turned and, instead of the other women being punished, Yaniv is the one with metal cuffs around her wrists.

And it may not be for the reasons that we've already outlined...

It's no secret that the woman was extremely creepy, making disturbing comments about the intimate aspects of being a woman, or should we say a girl... but that wasn't the reason that she got arrested.

You would never believe what happened during a public YouTube debate with Yaniv.

Blaire White, a transgender woman who continually advocates for LGBTQ+ rights, was involved in a "heated debate" with Jessica. The video's title involved the word "predator," so you can already imagine the hostile tone of the vid.

Throughout the video, the two discussed the difficulties of being a trans woman.

And, after rummaging around in a drawer, Yaniv revealed that she keeps a stun gun, pepper spray, bear spray in her apartment due to the fact that she's scared.

It is illegal in Canada to be in possession of such weapons.

The weird thing is that, after she zapped it towards the camera, she even stated that fact while smiling. White's facial expression said it all; she was shocked at what Yaniv had just done.

However, Yaniv claimed that she was charged unfairly.

"About three minutes after (the broadcast), I have RCMP showing up at my door and putting me into cuffs saying I have a prohibited weapon." She claimed that officers showed up at her apartment, despite already "knowing" that she had these weapons.

The neighbors all watched as she was arrested.

They confirmed that Yaniv was involved in the debate in which she presented the weapons to all of the viewers.

She talked about how her apartment was left "unsecured."

Because the arrest happened unexpectedly, the trans woman was forced to leave her apartment immediately. A guard was then ordered to stand outside it for over eight hours while they placed her in a holding cell.

Weirdly enough, though, she called the police again after she was released.

But, this time, it was regarding an inappropriate image of a child that someone had sent to her over Facebook. Yaniv told them to come back to her apartment so that they could take an official report, which they did, and, now, an investigation is underway.

There are 1.4 million people in the USA who identify as transgender.

Yet media coverage of the trans-community is incredibly limited, and often very negative. It means that transgender people live in great risk, as people rarely understand their situation properly. But, out of this negativity comes one wonderfully positive story. It is the story of Wyley Simpson, who was legally a man, but ended up becoming pregnant. It looks like the doctors aren't always right. But how was this possible?