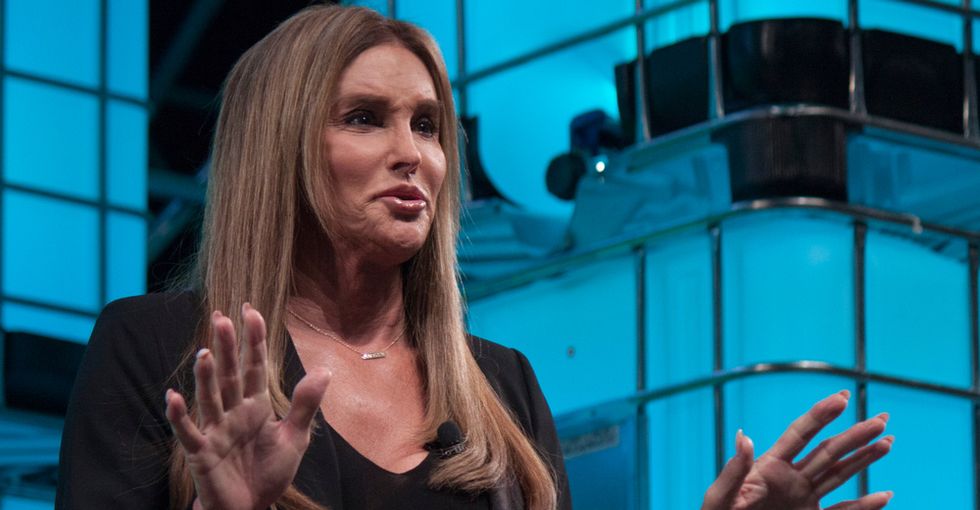 You may think that you know all about the most important trans trailblazers, but there are dozens of trans celebs who have pushed LGBTQ+ rights forward. Sure, there's Laverne Cox and Caitlyn Jenner, but behind those big names are tons of other trans celebrities working hard in trans activism.

There are even plenty of famous transgender individuals who came to prominence before the modern trans rights movement. These before their time heroes deserve a shout out too. If you want to learn about trans heroes, current and past, check out these 30 amazing trans celebrities.

Whether they're breaking barriers on TV or in movies, doing charity and activism, or speaking out on the need for trans rights, each of them has found a way to share their trans identity and make strides forward. Keep reading to check out these amazing and inspiring celebs who are living their truths, loud and proud.

Best known for her role as Sophia Burset on the hit Netflix show Orange is the New Black, Cox was the first transgender person to ever be nominated for a Primetime Emmy Award. She now works to advocate for trans rights.

This pair of siblings rose to fame directing The Matrix franchise, but first one, then the other transitioned to female and continued to make amazing content. Their most recent project was Sense8 on Netflix, a show that featured a wide variety of LGBT+ experiences.

Rivera was a transgender rights activist from New York who was instrumental in the Stonewell Uprising of 1969. She co-founded the Street Transvestite Action Revolutionaries (STAR), which was dedicated to providing aid to homeless gay youth and trans women.

Chelsea Manning came into public light when she became a whistleblower on sensitive military documents. After being convicted for violating the Espionage Act, she came out as trans and transitioned while in prison.

Marsha P. Johnson was considered one of the mothers of the LGBT movement in the United States. She was one of the activists who played a major role in the Stonewall riots, and organized in New York for years. She even was a model for Andy Warhol.

Caitlyn Jenner may be the biggest name to publicly transition. In 2015, she posted on the cover of Vanity Fair to announce her new name and gender, paving the way for new conversations about transitioning and trans rights.

The only child of Sonny and Cher, Chaz documented his transition from female to male in the 2011 film, Becoming Chaz.

Jazz Jennings is noted as one of the youngest public figures to come out as trans. She has a TLC series called I Am Jazz, focusing on her life as a trans youth. In addition, she co-founded TransKids Purple Rainbow Foundation and Purple Rainbow Tails to support the trans community.

Former Olympic German pole vaulter, Balian Buschbaum announced his retirement from the sport in 2007 and began gender reassignment surgery. Since then, he has appeared on Germany's version of Dancing With the Stars.

Alex Blue Davis caught our eye when he played Casey, a transgender intern on Grey's Anatomy. He's also had roles in NCIS and Two Broke Girls.

Born into the famous Arquette acting family, Alexis has had supporting roles in several movies and her transition from male to female was documented in the 2007 film, Alexis Arquette: She’s My Brother.

Former People staff editor Janet Mock transitioned at age 18 and came out publicly as a woman in a Marie Claire article in 2011. Since then she has become a spokesperson for transgender rights with her New York Times bestselling memoir, Redefining Realness.

A British actress and model who starred as a Bond girl in For Your Eyes Only and modeled for Playboy, she was outed as transgender by the British tabloid The News of The World, after appearing in the Bond movie in 1981.

The Canadian model made headlines and broke down barriers in 2012 when she legally fought to be allowed to compete in Miss Universe Canada. By the way, she won the title of Miss Congeniality.

King was a contestant on both the 11th cycle and the 17th cycle of the reality television show America's Next Top Model. She was the first trans woman to compete on the show, and became one of the most visible transgender people on television.

Darling was an American transgender actress who starred in Andy Warhol's films Flesh (1968) and Women in Revolt (1971), and was a muse of the band The Velvet Underground.

As a reality star, model, and burlesque performer who appeared on RuPaul's Drag Race and Real Housewives of New York City, she has announced that she is a transgender woman and not a man in drag, as was presented on television.

Harvie is a transgender comedian who came out at the age of 32 and is best known for his work with Margaret Cho, with whom he's toured and starred as a permanent member of her off-Broadway comedy revue.

In 2014, Lea was selected to be the face of Redken, making her the first openly transgender model to front a global cosmetics brand.

Tracey Norman was featured on Clairol hair dye in the '70s, but when it came out that she was trans they dropped her. These days her role in blazing trails is recognized by many in the trans community.

Dowling entered the Men's Health "Ultimate Guy" competition in 2015, changing people's ideas of what it means to be a man. He also has a clothing line that raises money for the trans community.

Renee Richards has an interesting distinction: she's the only person to play in the U.S. Open in both the male and female divisions. She took the United States Tennis Association to court in order to keep playing after she transitioned, going all the way to the New York Supreme Court. She ended up winning, which allowed her to play in the 1977 U.S. Open.

We've already talked about the Wachowski sisters, but here's another trans star they helped to lift up. Jamie Clayton is a trans woman playing a trans character on the show Sense8, plus she also models.

Fallon Fox is a transgender mixed martial arts athlete who is showing that gender doesn't box her in. There has been a great deal of debate over whether she should be allowed to compete against female athletes, but she has handled it with grace.

Alexandra Billings has played a number of trans characters on TV, but her most prominent role was on Transparent. She also speaks openly about her feelings towards cis individuals playing trans roles, specifically Jared Leto in Dallas Buyer's Club. She said "He spoke about shaving his legs, he spoke about his backside in his bikini, and he spoke about a Brazilian wax he never got because it seemed to be too much trouble. What he didn't speak about was the transgender woman he played, or the millions of other transgender people in the audience, or the hundreds of millions of people around the world who are living with and dying from the AIDS virus."

Elliott Fletcher has played a number of trans characters on shows like Faking It, Shameless, and The Fosters. But he's also outspoken about being an advocate: "I happily tell people [that I'm trans] because my goal in life is not only to become a successful musician but also, a trans advocate. I have so much love for my trans family and I want to spread that love as much as I can."

Billings is an actress and performer who has appeared in TV shows and movies including How to Get Away with Murder, Paddleton, Grey's Anatomy, ER, and Transparent.