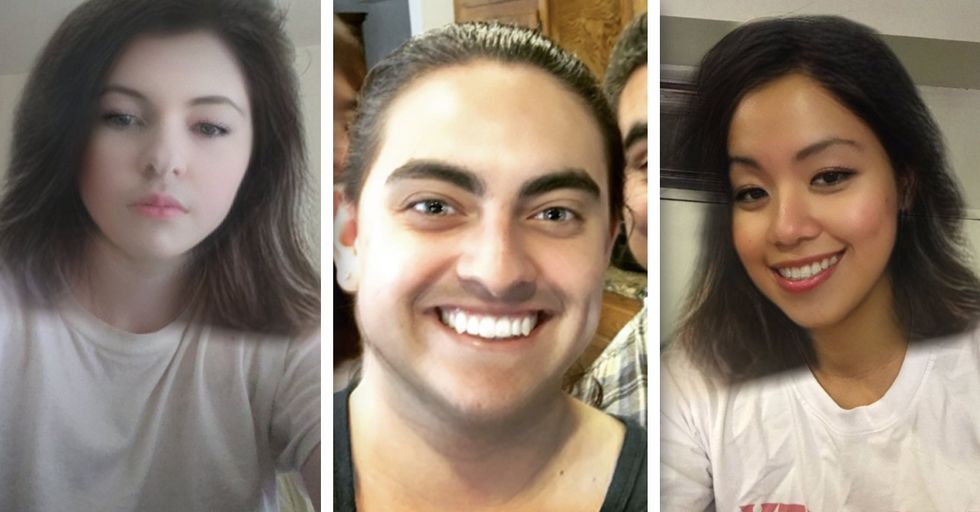 All of a sudden, people are using Snapchat again.

It’s crazy what one filter can do!

Snapchat recently unveiled filters that swap out traditionally male features for traditionally female features and vice versa. Soon after its release, the feature went viral, with people swapping their silly selfies all over social media.

It was a well-calculated move for Snapchat as the app has had a decline in users over the past couple of years. As Instagram Stories get more and more popular, it seems that people have had fewer reasons to dust off the Snapchat app and try out their filters. But with a novel feature like this new one, people were even re-downloading the app to see what they’d look like as a someone of the opposite sex.

While some loved the new filter, others have pointed out potentially problematic aspects of it. Read on to learn more about the range of reactions to Snapchat’s newest update.

Snapchat has lost popularity over the last couple of years.

Instagram Stories came onto the scene in late 2016 and it seemed to compete with Snapchat in many ways.

Generation Y prefers Snapchat, while Millennials, Generation X, and Boomers are more likely to use Instagram.

Snap’s stocks have fallen dramatically over the past two years.

The stock is down about 60 percent from its price on its first day of public trading.

But a few factors made growth much slower than expected.

One factor that led to Snap’s stagnation? The infamous redesign.

In early 2017, Snapchat introduced a very controversial redesign—one that was polarizing enough to encourage many users to delete the app for good.

They’ve adjusted the design since then.

But it hasn’t been enough to prevent the decline in users.

Snap has tried things to drum up interest.

But for one reason or another, they just didn’t catch on.

They’re clearly committed to product innovation and finding the next big thing in tech.

And they say that imitation is the sincerest form of flattery.

Snap is still working out how to become profitable.

But at least now they’ve got an influx of new users.

People are dusting off their Snapchat apps to try out their new filters.

Ever wondered what you’d look like as a dude (or vice versa)?

The results are often pretty funny.

We can’t stop laughing at our friends’ selfies.

And people are using it in the most hilarious ways.

Even English cricket players are getting in on the fun.

People are up to no good with this filter.

Ahem, we do not endorse catfishing.

People are also trying the filter out on famous people.

Did we mention that there’s also a baby filter?

Even Miley Cyrus got in on the fun.

Men are even trying it out on Tinder.

That’s one way to get a new perspective on dating...

But people have also expressed concerns about the filters.

It’s easy to brush it off as “just for fun," but gender identity is also something lots of people struggle with.

It could be seen as making light of a serious issue.

That’s one way to look at it.

On the other hand, it could help make experimenting with gender more acceptable.

Treat people kindly—you never know what someone is going through.

In any case, Snapchat seems to be going strong.

Don’t count them out yet!