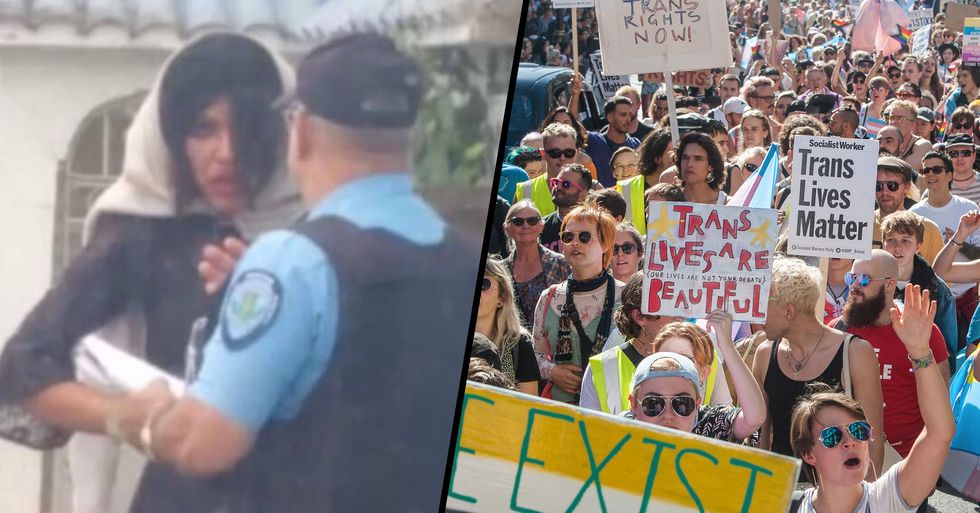 It seems that we will never live in an age in which there aren't issues surrounding the treatment of the LGBTQ+ community. It's a heartbreaking reality that many members of the community still suffer from hate and prejudice, and that the ignorant thoughts of individuals inflicting the hatred affect them daily.

Tragically, one transgender woman has been shot and killed by Puerto Rican police, just for using the women's restroom.

Keep reading for the full story.

Acceptance for the LGBTQ+ community has grown massively over the years...

Today, in 2019, we are all becoming more accepting of and respectful towards the LGBTQ+ community. We celebrate those who aren't afraid to love who they love - as we should!

The transgender community is bigger than ever...

Merriam-Webster defines "transgender" as "of, relating to, or being a person whose gender identity differs from the sex the person had or was identified as having at birth." Over the years, this has been embraced, and those that identify as transgender have been able to comfortably be themselves - something that is ridiculously important.

Many trans people choose to undergo gender reassignment surgery, which "is performed to transition individuals with gender dysphoria to their desired gender." Some trans people choose not to have surgery, either due to specific circumstances or personal preference and are happy to identify as any gender they choose while opting not to alter their genitals.

There is still a lot of stigma attached to gender nonconformity.

The impact this stigma has can lead to deep psychological distress. The only way we can combat this in our communities is by being an advocate for respect and acceptance. Just be a good person.

But, sadly, trans people put up with hate and abuse on a daily basis.

Alongside other members of the LGBTQ+ community, trans people face hate, abuse, and even death in some cases, for identifying as a gender that is different to the sex they were assigned at birth.

Sadly, this is the case for one transgender woman.

And her story is not a happy one.

She was killed this Monday, on the northern coast of Puerto Rico, after being shot dead in the restroom of a McDonald's restaurant.

A video of the horrendous act was shared on social media.

The video captured speakers misgendering Alexa, saying: "We are going to shoot you up" and "You bet I am going to go and shoot him." This video has now been removed from the internet, but has left the world shocked at such a horrific act.

Guns can be heard being loaded in the background.

At least 10 shots can be heard going off. The police are currently investigating the video footage.

Alexa had been reported to police for "peeping."

Apparently, just a few hours before the shooting, the police were informed she was watching people in the McDonald's restroom.

Although, the police found no evidence.

The person who filed the complaint allegedly dropped the charges after they found out Alexa was homeless.

They announced that they had been tipped off on the perpetrators involved.

The tips point to 4 teenagers.

According to the police, they could have some involvement in Alexa's death.

An LGBTQ+ activist shared a statement.

Pedro Julio Serrano wrote on his website demanding an investigation into the shooting of Alexa.

He wanted the case investigated as a hate crime.

He claimed she had been "stalked and hunted," saying: "We must denounce the hate speech of the fundamentalist groups that have promoted a climate where they prosecute and persecute a trans person for the mere fact of using a bathroom."

The news of the case traveled...

Tori Cooper; Director of Community Engagement for the Transgender Justice Initiative at Human Rights Campaign, said: "This is a horrifying crime that must be investigated with the utmost thoroughness and care. This victim, who has now been identified as Neulisa Luciano Ruiz, was a human being, a member of a community, a friend and a family member."

He continued, clearly distressed by the news...

"She had dreams, hopes, hobbies and did not deserve to have her life taken from her. HRC has heard that Ruiz was experiencing homelessness, further highlighting the ways a toxic mix of transphobia and misogyny conspire to put the transgender community at risk of extreme violence."

Alexa is the second victim this year.

According to HRC, she is 1 of 2 violent deaths of a transgender or non-conforming person this year.

The report made against Alexa is still unclear.

Some people are against transgender people using the restroom of their choice, out of fear that it could make women unsafe when using them.

A transgender activist has challenged this idea.

'Alexa' was a transgender woman killed in Puerto Rico after social media posts accused her of peeping on people in… https://t.co/IFMpLBhHuW
— David Begnaud (@David Begnaud)1582593886.0

Paris Lees from the U.K. has argued against these fears, saying: "If you’re living in Britain… you have almost certainly used a public toilet at the same time as a trans person and not even realized. It doesn’t have to be a big deal unless you make it one."