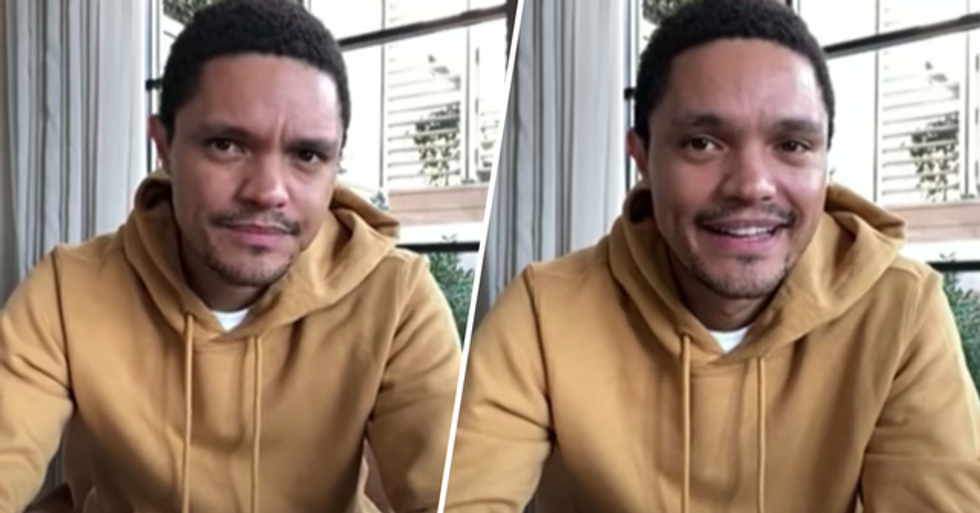 While millions of American's remain jobless, it has emerged that The Daily Show host, Trevor Noah, has been quietly doing something incredibly generous for his own crew during the lockdown.

Keep scrolling for the full story, and to find out how he's helped out...

We are living in worrying and uncertain times.

The ongoing medical pandemic has brought a large proportion of our country into full lockdown, thus resulting in the closure of businesses and the loss of millions of jobs.

According to the government, under the financial relief bill signed last month, "the average worker who has lost his or her job will receive 100 percent of their salary for up to four full months."

Well... That isn't exactly happening, is it?

But, fast forward to May, and businesses are still suffering.

The White House coronavirus task force shared that, even if the rate of infections and death tolls peak in April, the virus will still be prominent this month, meaning that businesses can't reopen any time soon.

The economists didn't expect it to be this bad and those who have studied the unemployment statistics expected it to be a bloodbath, but the reality is so much worse.

Millions of people are now unemployed.

It was the Bureau of Labor that released the new jobless total last month.

And it's only getting worse.

And this unemployment is set to rise another fifteen percent by mid-2020.

Things cannot go on like this for much longer.

The government have started dishing out the cash...

But this simply isn't enough.

Not only of the virus itself but of the implications it has regardless. You could lose your job, you mightn't be able to afford your rent? What will you do?

And, while many people have been furloughed from their jobs...

Others have been left with no support net from their employers whatsoever. Richard Branson, we're looking at you.

Many employers have come under fire for abandoning their staff...

Including Ellen Degeneres, who has reportedly dumped her entire crew without a mere word of warning.

But, while the government and various employers flounder, there is one man who is doing his bit.

The Daily Show's host, Trevor Noah, has stepped forward to personally make sure that his staff are well looked after during this pandemic.

Now, Noah has been spreading an awful lot of kindness during this pandemic...

He has been giving away brand new laptops to teachers forced to do all of their teaching online and from home.

Trevor himself is continuing to broadcast from his home...

Just without the expansive crew of camera operators, audio technicians, stage management personnel, and video operators who work in the studio. This means the entire film crew have been furloughed indefinitely.

But Trevor is dipping into his own pocket to ensure they won't fall short on money.

“These are the people who have been on the show with Trevor from day one and help him put on the show," a source close to the production of the Daily Show told Variety. “Trevor is personally covering their salaries until the production business opens again. He respects his crew tremendously and feels it’s only right that they get through this together."

Noah is personally paying the salaries of twenty-five crew members...

And has been doing so since the production of the show was halted last month.

What an amazing gesture.

But, sadly, not everyone is as generous. Keep scrolling to read about the criticism of Amazon's Jeff Bezos, and how he's been treating his own staff...