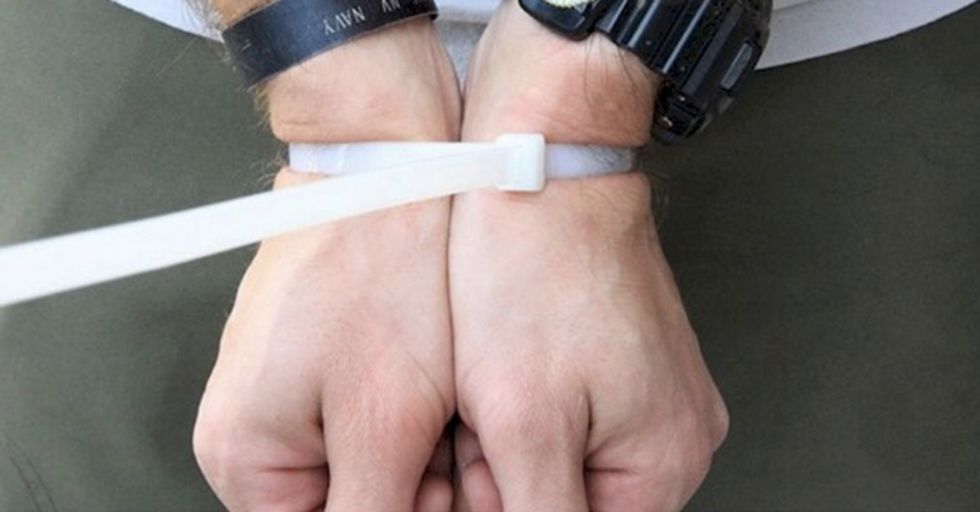 Admittedly, if you're threatened by a stranger out of the blue, it's hard to keep calm and weigh your options.

Attack with your head.

It might seem dangerous, but it's more dangerous to the person you're after. Your head is thick and hard to defend against, especially if someone's grabbing you. Aim for the nose. It will cause pain and hurt their ability to see.

If you're being moved somewhere by an attacker, scatter your belongings.

Police and friends will a) know that you're abducted and b) know where you were last free. Both are crucial in your recovery.

If you're able to keep moving, do so. You'll be much harder to capture than if you stand still. It may even cause your attacker to give up if they feel it's not worth the struggle.

Learn where the pressure points are on a body.

Certain areas can cause great pain and debilitate someone. You'll want to learn them so you can aim for them in an emergency. You could end the struggle immediately.

If you're attacked in your home, head for the kitchen.

There are tons of makeshift weapons in there, and it's one of the few places in your home where you'll have a fighting chance. You know where stuff is...the intruder doesn't.

Toss your wallet if you get mugged.

Don't throw it, but toss it a few feet away. The mugger will almost certainly go for it, leaving you an opportunity to step away or flee. Handing it over brings you too close to the attacker.

If you're in an elevator, press as many buttons as possible.

It provides more opportunities for escape and more chances for people to come to your rescue. It also slows the attacker's escape.

Make as much noise as possible. It attracts help, which could scare off an attacker. It also makes the situation more difficult to manage, which increases the likelihood that the attacker bails.

Learn how to escape zip ties.

Sure, they sound like they're impossible to break free from, but the truth is it's very do-able. Check out this tutorial.

If you're being followed, get some place crowded and visible.

To diffuse a bad situation before it starts, run to a crowded area. If you're in a car, find your way to a police station or other "official" place nearby. You can also freely use your horn to attract attention.

Items such as this ring can be powerful weapons when warding off a threat. Keep pepper spray on your keychain as well.

Sure, this isn't much of a "tip," but it's the best thing you can do. Not only will you learn what to do, but you can practice it in realistic simulations.