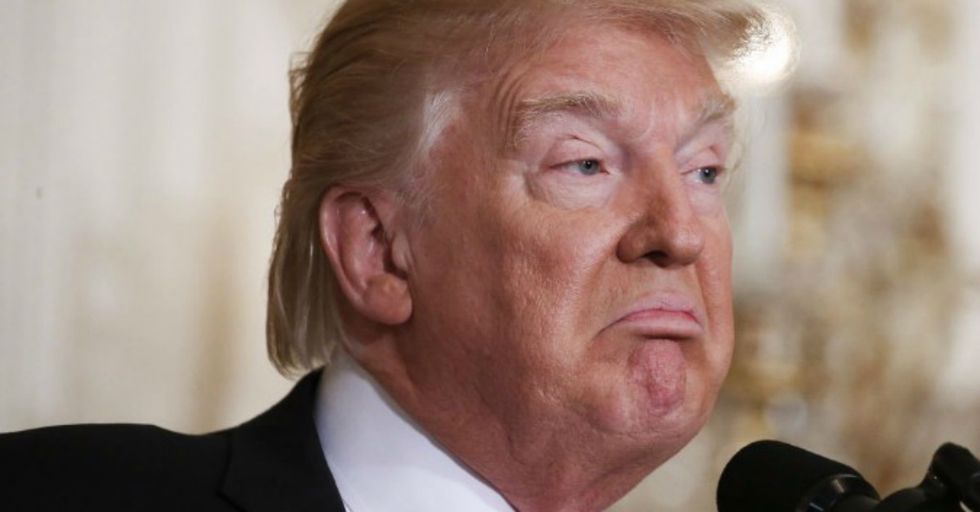 Another day, another story about the president of our country being demeaning toward other people.

According to an interview released by Axios, Trump has some big plans for the Supreme Court. Apparently, he thinks that by the end of his first term, he'll have appointed four justices. Wait until you hear his logic behind this one.

According to the source mentioned in the Axios interview, "it's all about numbers" for President Trump.

That's not too hard to believe. He's clearly interested in numbers, whether it's the size of the crowd at his inauguration or the ratings of various TV shows. Apparently, that numbers obsession crosses over into his presidential duties — like appointing Supreme Court justices.

According to the interview, Trump thinks he'll be appointing four justices within his first four-year term.

On the one hand, it's amazing that he's not claiming he'll appoint 20 of them. Sure, there may only be 10 justices total, but we all know the president tends to lean into hyperbole. Obviously, Trump has already appointed one justice. After Justice Antonin Scalia's death, Trump appointed Neil Gorsuch. There are also rumors that Justice Anthony Kennedy will be retiring soon. So that's two. Who are the others Trump is supposedly going to be replacing?

Apparently, Trump doesn't think Justice Ruth Bader Ginsburg will be around much longer.

"What does she weigh? 60 pounds?" Trump reportedly told the source in the Axios interview. As if her weight has anything to do with how long she'll live? Honestly, we've never rooted for anyone's health quite as much as we root for RBG's.

"Her health," Trump reportedly explained. "No good. Diabetes." To be clear, Sotomayor does have Type 1 diabetes. However, she has successfully managed it since childhood and there haven't been any rumors that she'll be retiring anytime soon.

In conclusion: What the heck, Donald?

Can we just not? Why don't you focus on doing presidential things — like not pelting people with paper towels, or forgetting to sign your own Executive Orders, or sexually harassing people. That'd be great.