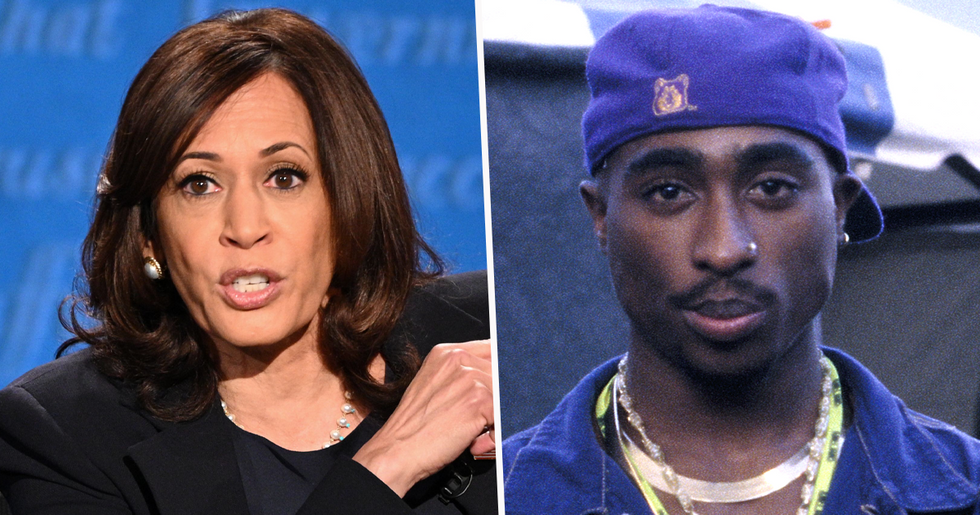 When will our president focus on the actual debate rather than making sarcastic little digs at his opponents?

We all know that Donald Trump and his campaign team aren't afraid of a little sarcasm now and again...

And they most certainly proved this last night at the vice-presidential debate by trolling Kamala Harris over her comments about the late rapper, Tupac.

Now, those who watched can agree that it was an explosive evening, to say the least!

Viewers relished when the California senate politely but firmly put Pence back in his place.

Harris kept her composure throughout the entire debate...

But this wasn't enough for her to be ultimately trolled by Trump and his team.

Our president is known for not missing a thing when it comes to his rivals...

And this time around, he decided to use the late rapper Tupac against Harris.

Let's give you some context...

A few weeks ago, Harris was asked in an interview, "Who is the greatest rapper alive?", to which she answered, "Tupac."

She quickly corrected herself...

"Not alive, I know! I keep doing that," she said, brushing off her mistake.

Little did Harris know that this was a golden opportunity for the president and his campaign team...

And Trump decided to leave a ticket for Tupac at the VP debate last night, especially for Harris.

The pettiness is just too much...

But people found it hilarious, to say the least!

But on the other hand, many found it "childish" and are clearly sick of the constant irrelevant arguing between these politicians.

Putting all jokes aside...

It's time for Trump and his team to start taking their campaign seriously because in twenty-seven days, we could potentially have someone new running and taking care of our country. Make sure to stay posted for further updates.