Trump Gives Himself a Perfect Score for Response to Puerto Rico — but Did He Earn It? | 22 Words 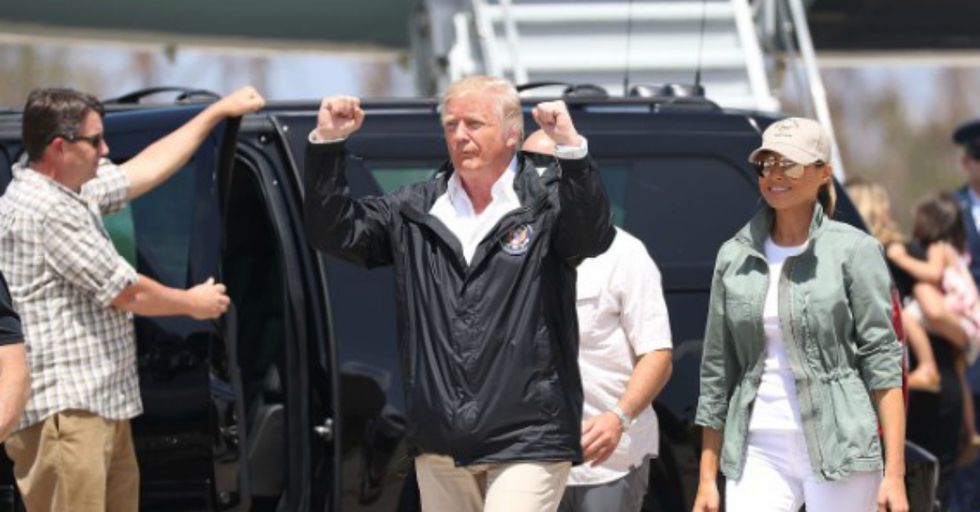 Trump Gives Himself a Perfect Score for Response to Puerto Rico — but Did He Earn It?

Donald Trump thinks pretty highly of himself. He has the best words, the biggest crowds, and the most tremendous stamina (according to him).

Now, he's claiming that his response to Hurricane Maria literally could not have been any better.

Let's unpack that, shall we?

It's been almost a month since Hurricane Maria devastated the U.S. territory of Puerto Rico, but the situation remains dire.

More than 80 percent of people are still without electricity. Most of the cell phone towers have been knocked down. Hundreds of thousands of people have no running water. There's still a lot of work to be done.

But Donald Trump doesn't seem to realize that. Yesterday, during a meeting with the governor of Puerto Rico, reporters asked Trump how he'd grade his response to the national disaster. Here was his response:

"I'd say it was a 10," Trump responded immediately. That's right, President Trump gives himself a perfect score for his response to Puerto Rico. First of all, it's kind of amazing that he didn't give himself a 20 out of 10. Has he finally learned a modicum of humility? Secondly, a 10 out of 10? Really? Let's take a walk down memory lane.

Trump spent the weekend before his visit picking fights with Carmen Yulín Cruz (the mayor of San Juan). Needless to say, that didn't exactly inspire confidence. Upon his arrival in Puerto Rico, he made a "joke" about how much the hurricane was costing him. "I hate to tell you Puerto Rico, but you’ve thrown our budget a little out of whack," he said, “because we’ve spent a lot of money on Puerto Rico." He then went on to compare Hurricane Maria to Hurricane Katrina, calling the latter "a real catastrophe."

He wasn't done yet.

Also during his visit, Trump threw paper towels into a crowd of people who had recently gone through the most harrowing event of their lives. Nothing says sensitivity like pelting people with cleaning supplies, right?

Trump ended up spending just a few hours in Puerto Rico, making it clear that his visit was little more than a PR stunt. Mayor Cruz wasn't shy about sharing her opinion of the president.

Can we get a round of applause for mayor of San Juan, @CarmenYulinCruz? #NastyWoman #PuertoRicoStrong https://t.co/Yrxr5JfbVX
— wade (@wade)1507140808.0

During a live TV interview, Cruz wore a shirt emblazoned with the word "NASTY." Since then, Trump's response continues to be completely lacking. Trump has warned Puerto Rico that FEMA can't be there forever. There is no part of Trump's response to the disaster in Puerto Rico that earns him a "10"...unless it's out of 1,000,000. We'll give him that.