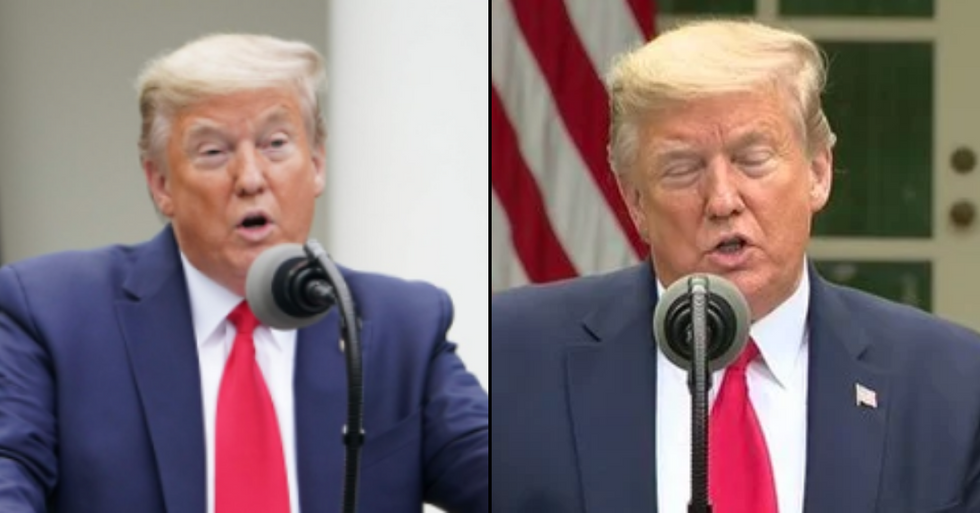 Trump's handling of the pandemic has long been a source of controversy amongst medical professionals. But his latest response might just be the most extreme move he's made yet.

In January, shortly after the initial outbreak, he was quizzed on his thoughts on the virus, in which he replied: “It’s one person coming in from China, and we have it under control. It’s going to be just fine."

President Trump simply wouldn't budge from his stance on the virus and even went on to compare it to the common flu. This was perhaps one of his most dangerous and false statements about the virus, and caused plenty of outrage amongst both Americans and people all over the world.

Yet, despite his sudden change of heart, his stance on the matter seems to have still riled a lot of people up.

Including, former president, Barack Obama, who chimed in on the topic last week.

Obama first tweeted about the matter...

And he didn't hold back.

Obama has yet again taken a subtle, yet pretty obvious swipe at the President's handling of the pandemic.

On Thursday, Obama took part in a virtual meeting arranged by Bloomberg Philanthropies...

In which he gave advice to a group of America's Mayors on how to effectively be a leader throughout the pandemic.

“Speak the truth. Speak it clearly. Speak it with compassion," he said. “Speak it with empathy for what folks are going through." It doesn't take a genius to see that this is definitely one of Trump's downfalls...

It was pretty obvious that he was referring to Trump's frequent, and rather embarrassing blunders and mistakes during his press conferences.

He finished by reminding them to surround themselves with smart people.

“The more smart people you have around you, and the less embarrassed you are to ask questions, the better your response is going to be."

Is it time for an Obama mic drop yet?

But Trump's latest move has shocked even the most level-headed of pundits.

He has officially stopped all US funding of the World Health Organization.

And even accused WHO of "severely mismanaging and covering up" the virus.

"The reality is that the WHO failed to adequately obtain and share information in a timely and transparent fashion."

"We have deep concerns about whether America's generosity has been put to the best use possible." We can't even guess what Trump will do next. But for more weird virus news, keep scrolling to hear how Obama may have predicted this pandemic back in 2014...