Trump Refers to Las Vegas Shooting as 'a Miracle' | 22 Words 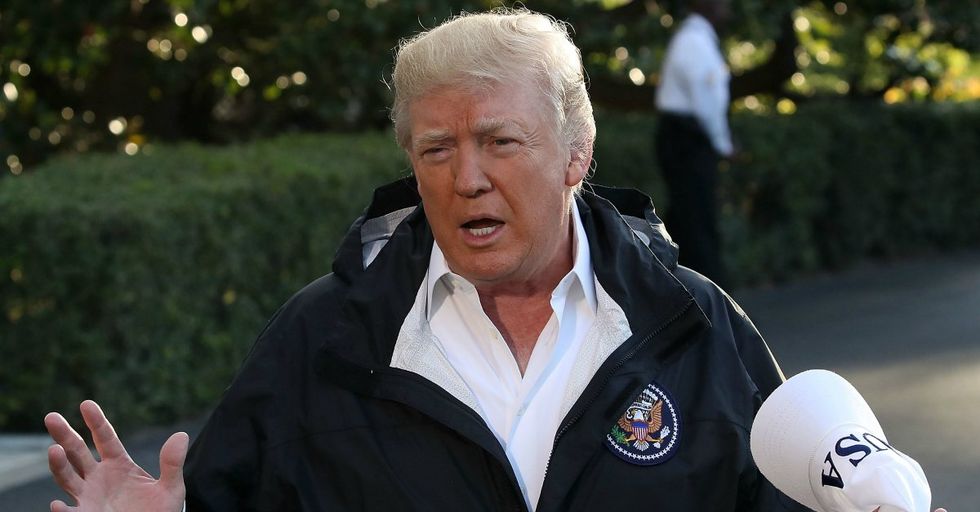 Trump Refers to Las Vegas Shooting as 'a Miracle'

Las Vegas just experienced one of the most deadly mass shootings in United States history — 59 people were killed and 516 were wounded.

In times like these, we must be able to turn to our leaders for strength and wisdom.

Unfortunately, Donald Trump, our president, has already stuck his foot in his mouth, adding an additional level of fury and hurt to an already incomprehensible tragedy.

Early on Tuesday, October 3, just more than a day after the deadly attack, Trump tweeted, "I am so proud of our great Country. God bless America!"

Some believed this to be evidence that the president is trying to sweep this tragedy under the rug by effectively saying, "This is fine." In other words, while he may have meant for this to be a poignant moment of support for our strength and resilience as a nation, for some it came across as, "No biggie. We'll move on."

As Trump was boarding a helicopter to Puerto Rico to observe the storm damage on Tuesday morning, he was interviewed briefly by the press.

He called the Las Vegas shooter "a very, very sick individual" and balked at questions about gun control, saying, "We'll be talking about gun laws as time goes by."

Trump wouldn't answer questions about whether or not the shooting was an act of domestic terrorism.

While many Democratic senators and congressmen are calling for stricter gun laws and saying, "Enough is enough," — again — Trump seems to be dodging the real issues and acting as cheerleader more than a pillar of strength and a dogged fighter for justice. Although that's what the American people need right now, we've come to expect the inappropriate from Donald Trump.

And that's exactly what we got later in this same interview.

"Look, we have a tragedy. What happened in Las Vegas is in many ways a miracle. The police departments has done such an incredible job," he said. Um. What.

It doesn't matter what he was trying to say — words matter.

And "No. Miracle doesn't mean that." We all understand that Trump was attempting to compliment the fantastic response of the police department to the shooting. And that is important to highlight. But this was the most deadly mass shooting in modern U.S. history. The word "miracle" should not be used in conversation about it in any capacity. No matter how amazing the police response was, it does not justify or make what happened a positive thing at all, let alone a "miracle."