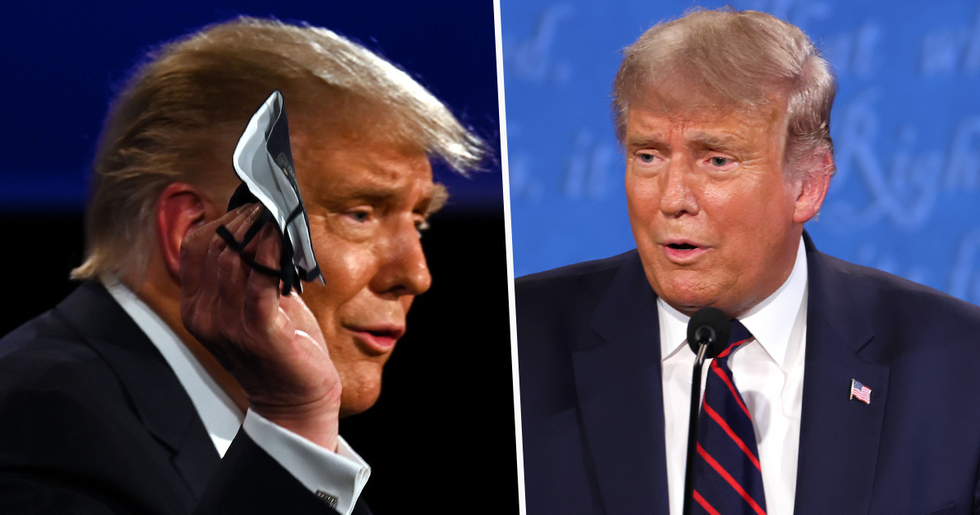 As the news of President Trump and First Lady, Melania, testing positive for the virus circulated this morning, a speech made by Trump just hours before has gone viral.

The irony is painful...

In what could be one of the most important months of the President's career...

Both he and his wife have tested positive for coronavirus.

The worst part is...

Just hours before he and Melania tested positive for the virus, Trump gave a pretty optimistic speech about the pandemic. Keep scrolling to watch the video for yourself...

It was only a few days ago that Trump took part in the first presidential debate.

He then followed up with, "This is so unpresidential," after which Wallace ended the segment. You can watch the shocking moment above.

But now, news of Trump's infection could put his future leadership in jeopardy.

The virus has already killed 208,000 Americans and devastated the economy.

Since April, Trump has bragged about reducing the fatality rate by eighty-five percent...

Just hours later, the President and the First Lady had tested positive for COVID-19. Some even came up with their own conspiracy theories on the breaking news...

Trump was tested after it was revealed that White House adviser, Hope Hicks tested positive for the virus, after coming in contact with the President when they were both in Minnesota.

It’s thought that the diagnosis could cause chaos in the White House, with Trump unable to continue on the campaign trail just a month until November’s presidential poll.

A statement was released by the White House, physician Sean P. Conley, saying...

"The White House medical team and I will maintain a vigilant watch, and I appreciate the support provided by some of our country’s greatest medical professionals and institutions. Rest assured I expect the President to continue carrying out his duties without disruption while recovering, and I will keep you updated on any further developments."

It's still not known if Trump or Melania have been experiencing any symptoms.

However, it has been pointed out that Trump will "have to withdraw from the campaign trail and stay isolated in the White House for an unknown period of time."

And if he does develop symptoms, "it could raise questions as to whether he should remain on the ballot at all."

Trump is within the "high risk" category due to his age. Only time will tell as to whether they develop symptoms.

Here's the video that's got everyone talking.

We hope they both recover soon! Keep scrolling for more Trump news...