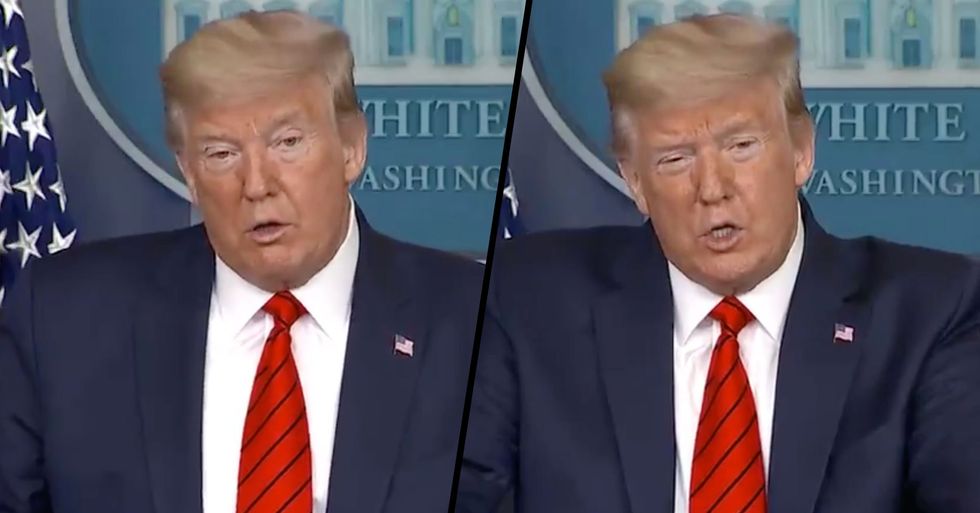 But now, he has come forward to propose a new way of containing the pandemic.

Over 200,000 people all over the world have now been infected with the virus...

230,047 cases to be precise. And, devastatingly, a staggering 9,386 more have been reported to have died from the illness.

Since the first COVID-19 patient in Washington, there have been 10,781 more confirmed cases across the country and 171 deaths.

But now, Trump seems to have had a change of tone.

Because his most recent speech has received the utmost praise and respect.

In a recent interview, he was asked what message he had to all the Americans currently suffering in the coronavirus and self-isolation pandemic...

To which he replied: "We love them, we're with them, we will not let them down!"

It was a refreshing change to his usual speeches.

And he has finally shown some solidarity with his country.

Today, he has proposed a new way of containing the outbreak...

Trump has said that a common malaria drug, that doctors say may help treat coronavirus, will be prescribed "almost immediately" to Americans. This is a developing story. More details will be added as they surface.