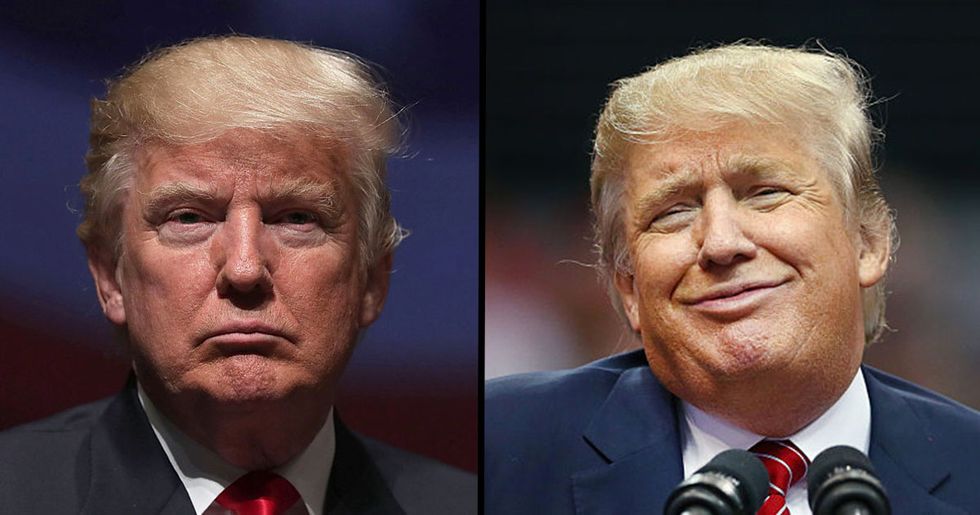 Trump Says No Other President Has Been Treated Worse Than He Has, Including Lincoln, Who Was Assassinated

It's no secret that President Donald Trump has been one of the most controversial figures in political history. I mean, from his inexperience in the role of president to his controversial policies, Trump has taken us all on a whirlwind of a journey in his first term. And with expert projection models predicting that he may be on his way to winning a second term in the Oval Office, things might only just be getting started.

Public opinion is divided when it comes to our president, and the President of the United States himself seems to be aware of this. But, obviously, he's got his own opinions that he's not afraid to share. Wait until you hear what he said most recently...

But, you know what? I don't know why I'm acting so surprised because everything that Trump said stands perfectly in line with his typical, controversial stance. But I suppose it's still pretty shocking that he thinks these things.

So why do people hate Trump so much?

You have to give him some credit because unemployment figures have decreased since his reign began, but other than a few positive economic points, everything else is slowly going downhill. According to Thought Catalogue, the reasons that some people hate Trump are also the reasons that other people love him. We've included the reasons below so have a read and see if you agree with any of them, and, yes, there are some great Trump gifs included.

1. He says he wants to “Make America Great Again."

This is what he claims, but, I mean, it's pretty hard to believe that this is what he actually wants with his actions an' all. It seems as if he wants to return to an America that was openly racist, sexist, homophobic, and xenophobic. Why would you want to reverse all of the progress that the country has made since those days? It's a slap in the face to all of the activists who have fought for our freedoms.

He was born rich and will die rich. A President who has never had to struggle financially a day in his life will never understand those working-class individuals who have worked their entire lives to just about put food on the table for their families. It's sad to see that the rich only get richer while the poor are left to get poorer.

Pretty much everything that President Trump says or does to marginalize or hurt people falls under this bracket and, trust me, there are many things. From the Travel Ban to constantly making jokes about disabled or underprivileged people, this President seems to lack compassion, an important quality in a leader.

4. He says disrespectful things about women.

This is the man who called Hillary Clinton and Megan Markle "nasty," and then denied it. The man who rates women on a scale from one to 10 like he's still in middle school, and the man who constantly belittles women with crude comments about their appearances. It's not the impression that he should be making, especially to little boys growing up. And don't even get me started on the sexual assault claims against him... Despite all of this, 40% of women, mainly white, of course, voted for him. Shameful.

"Guns don't kill people. People kill people." That's not good enough anymore. Even after everything that's happened in America in recent years, from the school shootings to the high-profile mass shootings that have taken place, Trump hasn't thought to make the laws around owning a gun stricter. How many more innocent lives need to be lost before he understands that this is an area of concern for the American people?

7. He obviously thinks quite highly of himself.

What we don't need is an egomaniac who threatens nuclear war because someone hurt his little feelings. We need a leader that will actually put the people before himself and will make changes that are going to positively impact the country as well as the world.

Those are only some of the reasons that people dislike Trump, but there are many others.

A recent interview with ABC's George Stephanopoulos (watch the video below) has given us a small insight into the way that our president thinks. It's never about everyone's best interests, only his own, and I don't think that those qualities are ones that we need in a leader. Some people may think that these things are beneficial for the nation, but let me ask you, is it going to be your best interest when a nuclear war starts just because the President of the United States couldn't filter what he had to say? I'll give Donald Trump credit for some of the things that he's done, like increasing the economic stability of the country, but the negative aspects of his time in the Oval Office seem to outweigh the positive and that really concerns me. And it should concern you, too. Anyway, what has Trump said now?

In an interview with ABC's George Stephanopoulos, Donald Trump made some pretty bold comments.

But that shouldn't come as anything new to us, should it? Trump is known for making his voice heard, whether it's through social media or press conferences. This time, it happened to be in an exclusive interview with ABC News.

His bold comments have gotten him in trouble a couple of times.

Okay, maybe more than just a couple of times...

We all remember the big blow up between Trump and his arch nemesis, Kim Jong-Un.

I guess Kim Jong-Un is everyone's arch nemesis since he keeps threatening to blow up the entire world... But we can't forget the chilling exchange of tweets between the two leaders, can we? Like everyone else, I spent the entire time on the edge of my seat, silently praying that we wouldn't have to engage in a nuclear war with North Korea.

But, thankfully, after a final revenge tweet, it all seemed to die down.

While I kind of want to forget that this tweet exists, it's going to remain on the internet forever, so we might as well embrace it. Think of it this way: Yeah, sure, Trump's ignorant, but at least we know that he's got the guts to keep Kim Jong-Un at bay... for now.

Anyway, during this interview with ABC, Trump said some pretty unforgetable things.

George Stephanopoulos had an all-access forty-eight-hour pass to the White House, wherein he asked the president some important questions that had been surfacing. And you won't believe some of the president's responses. Keep scrolling to see the video!

Trump claimed that the election polls were "fake."

Yep, that classic line, "fake news," had to make an appearance. He didn't seem too pleased that the election polls showed that he was behind the Democrats. "Why do you care so much?," asked Stephanopoulos. I wondered that, too. Being the President of the United States, I'm sure that he should have some more pressing issues to deal with than the results of election polls. But, according to Trump, it matters because they're all "untrue" and he's a "pretty honest guy," so he can't stand to see it spread. I mean, of course, he's delusional, but you have to give it to him, at least he sticks to his story. Even when the boat is slowly sinking, he remains unbothered. I can respect that.

He then said that there was a "witch hunt" going on.

People calling you out for your illegal activities isn't a witchhunt, Mr. Trump. If you were really this so-called "honest guy,"  you could accept that. It doesn't matter if you love or hate Trump, you can't deny the Russian involvement during the 2016 Presidential Elections. It really chips away at the foundations in which the constitution was built on and I'm not here for it.

And what Trump said about the issue didn't make it any better.

The President said that "if someone [another country] has information on [his] opponent," he's going to hear it. The House Speaker, Nancy Pelosi, warned everyone that Trump has given Russia the "green light" to interfere with the 2020 Presidential Elections. “Everybody in the country should be totally appalled by what the President said last night," Pelosi says, describing his comments as an "assault on democracy." However, it wasn't enough of a concern to call for an impeachment inquiry. I wonder what would be enough, then? She'd probably have to walk in on Putin and Trump having some "alone time" in the Oval Office, or something.

Apparently, the heavy media coverage of Trump meant that he is the "worst-treated president of all time," even worse than Lincoln...

Hm. Lincoln was assassinated, is Trump aware of that? Even the interviewer had to stand against that by stating that every President complains about their media coverage, so Trump is no different. Rather than complaining, just stop saying the wrong things. Just a little piece of advice, Mr. President.

The interview got slightly awkward when George continued to push questions onto the president.

And, of course, Trump pushed back, as you'll see in the video. At one point, he even decided to call his campaign manager to ask him a couple of questions. I don't think that George meant to cause an argument between the two, but, oh well, as long as he's asking the important questions.

Here's a look at the President explaining why he thinks that the polls are "fake."

It is hard to know what to believe, but I'd maybe stick to the polls.