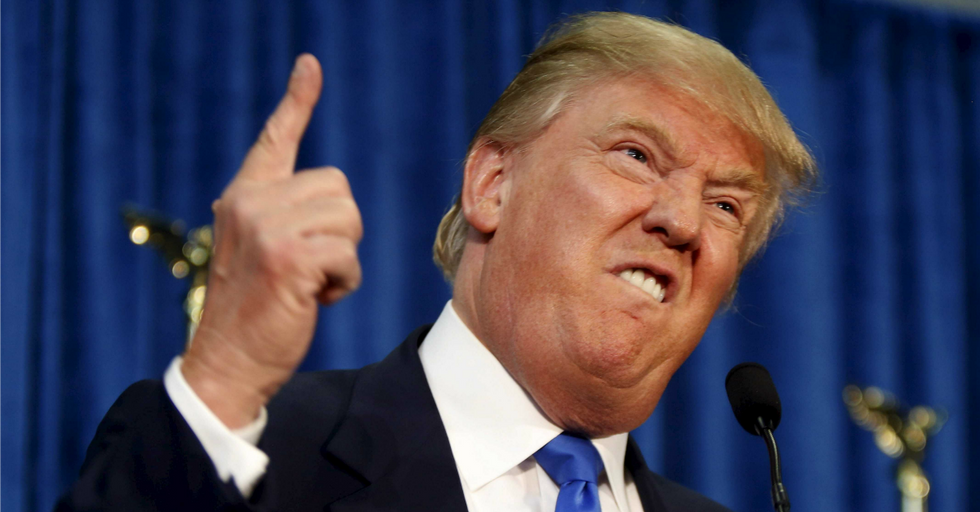 President Donald Trump has been getting some backlash for his halfhearted response to the devastating hurricanes that have rampaged the country in the last few weeks.

In a response to criticism about not meeting one-on-one with Harvey victims, Trump pledged to donate $1M to those affected, though there's still some debate about whether or not that will actually happen.

Recently, Trump supporters have been circulating a rather strange-looking photo of the President wading through flood waters in a heartwarming and heroic pose.

But is it real? Keep reading to see for yourself.

Our president is no stranger to Photoshop.

After this somewhat unflattering photo of Trump was published, he let it be known that he was not at all happy about it being made public, and asked for all news sources to abstain from posting it.

Of course, this caused the Internet to have a field day with the photo, and several different versions began popping up across social media.

This Trump-a-Loompa is one of our favorites. We're imagining him singing and dancing in Wonka's factory.

And of course, the candle one is beautifully done as well.

His double chin just lends itself to so many brilliant parodies. His face kinda looks like melting wax anyway?

We can't quite put our finger on it.

A photo of President Trump's head has clearly been Photoshopped onto a fit young man's body. Wanna see the picture?

Here is the photo below has been popping up on Trump fans' social media pages as a way of supporting The Prez:

While it seems as though the impressive pic would be one the President himself would endorse, there's something a tad off about it... It's totally fake.

This user was quick to point out another dead giveaway.

He's got a point there.

The photo has inspired many similar Photoshop jobs, all of which are truly spectacular.

Although the size of Trump's head seems a bit off in this one.

And we wouldn't put it past Trump to wear a full suit in a rescue boat.

This user was quick to compare the photo to some of Trump's previous feline-related statements...

Perhaps this was what the Photoshopped pic was referring to in the first place?

For reference, here's the original photo.

Okay, this makes much more sense than the altered version.

But even with the source material, many Trump supporters continue to cling to their belief that the altered photo is real.

We understand the urge to throw your laptop out the window. We really do. What do you think? Sound off on Facebook!