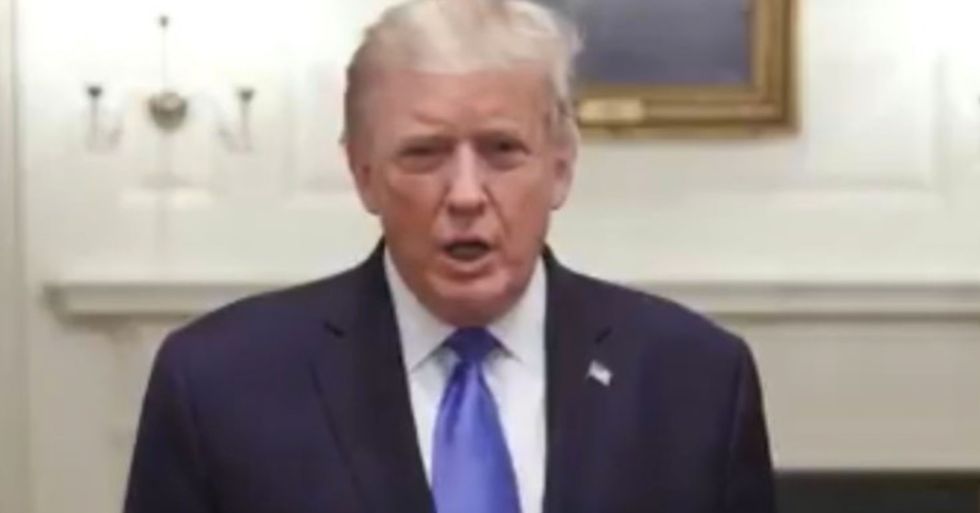 Trump has addressed the American people in a new video message, but many people have spotted a worrying detail about the clip...

Trump has released another video message.

And it seems to have sparked a huge conspiracy.

Trump V Biden was never going to be a civilized affair, but the scenes that unfolded were nothing short of brutal.

@realDonaldTrump @FLOTUS Trump testing positive is yet another reminder of why Joe Biden has been conducting such a… https://t.co/nriKmXESUq
— MURRAY (@MURRAY)1601615435.0

Trump's physician gave a further update on Trump's state during a press conference in Maryland.

But it seems the brief eighteen-second clip has conjured up quite a response.

Many felt that it failed to convey Trump's supposed good health.

Especially since, according to Acosta's insider, who the journalist called a "Trump adviser," there is "reason for concern about Trump's health."

For some, however, the footage has sparked a major conspiracy...

And people are completely adamant.

For more political news, scroll on.