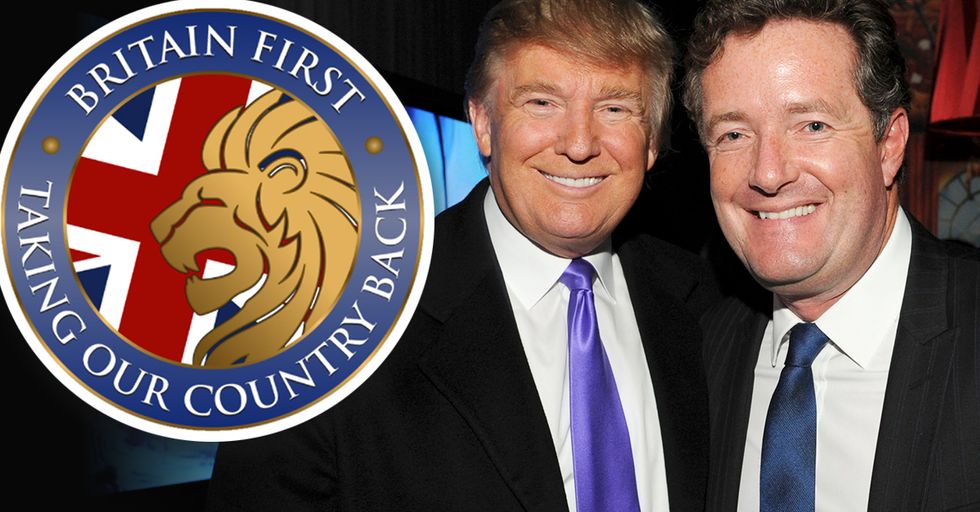 Something very strange has been going on in the Trump-o-sphere lately. Something that has me unsettled, on edge, and waiting for the next shoe to drop. Donald Trump, he of the orange combover, and the garrulous, combative mien, has been acting *gasp* presidential.

Yes, you read it right. I, an avowed anti-Trumper, wrote the descriptor "presidential" in reference to Trump.
Take for instance his speech at Davos, Switzerland, where he said that he would always "put America first." But then, gasp, shock, and horror, he urged other presidents to do the same with their countries.
Trump then went on to rail against unfair trade practices, particularly in the case of countries like China, which exercise such eyebrow-raising regulations as forcing American tech companies to share their intellectual property when they want to enter their markets.
There I was, green tea in hand (two teaspoons for sweetness) shocked. Flabbergasted. Completely astonished. Why? Because I found myself nodding in agreement.
I immediately started examining the issues. Now, I'm no great political brain, but I know there were problems with both statements. Since I couldn't find them at the moment, I chalked up this inability to my own ignorance, as well as my early morning caffeine high, and let it pass. Then I saw the other statements he made at Davos, and finally it began to make sense.
Trump was interviewed by Piers Morgan this Friday for British broadcaster ITV, and it was a meeting of old friends. There they were, spouting such pleasantries as " I've missed" you, and man-hugging it out for the cameras.
Then they got down to business, Morgan soft-balling Trump as he so often does. And Trump, now in friendlier climes, got into the swing of things by addressing the scandal over his retweet of a far-right British group's tweets.

Stand by for breaking news from my interview with President Trump. First clips airing on @GMB in a few minutes incl… https://t.co/VlmlrbbuAZ
— Piers Morgan (@Piers Morgan)1516946070.0

Trump said he knew nothing of the group and didn't want to be involved with them. "If you're telling me they're horrible racist people, I would certainly apologize if you would like me to do that," the President said.

He further added, "It was done because I am a big believer in fighting radical Islam terror, this was a depiction of radical Islamic terror," he added. "If you're telling me they're horrible people, horrible racist people I would certainly apologize if you would like me to do that."
Then he delivered the coup de grâce: "I am the least racist person that anybody is going to meet. Certainly I wasn't endorsing anybody."
Just like that, my visions of a presidential Trump disappeared, and I got back to reality. A few things. First, what he said wasn't a real apology. A real apology would be "I'm sorry, I messed up, here's how I plan to make it better." It's certainly not "I would... apologize if you would like me to do that." All those woulds and ifs? Those mean he's not apologizing, only saying he would if his friend, another non-Muslim man, asked him to do so.
Secondly, the entire thing had me wishing I could be pro-Trump. No, seriously. In that moment, I wished I could live in that halcyon reality where Donald Trump is the best president ever, and everything is a-okay. Ignorance, as they say, is bliss.
The problem is, to believe Trump at his words – in this case, that he did not know a hate group was a hate group (c'mon, Mr. President, you have the CIA and the FBI and homeland security at your disposal) – is to believe all of Trump's other dog whistles as it relates to race and gender. Mexicans are rapists. Blacks are thugs. Brown countries are sh*tholes. White supremacists are very fine people.
I'm a black female immigrant (I'm just going to go ahead and steel myself for the racist comments I will get because I wrote this). I came to America when I was young, and like most people, I believed in the American dream of meritocracy. I became a citizen, I went to college on a merit-based scholarship, I pay my taxes without fail. By every metric of what it means to be American, I am American.
And yet every day I am conscious that people see me as less than, as undesirable. Trump himself said he wondered why people like me keep coming here from our sh*thole countries, and then lied about his words and had other Republicans lie for him. Even worse, lots of (white) people defended him, and this, to me is interesting considering the history of many white immigrants in America.
As a reminder, if you're one of the 32 million Americans of Irish descent, you were once considered a "disease-ridden" rapist, and urged to go back to your country. If you are of Italian descent, not only weren't you considered white, you were subject to lynching. In fact, one of the largest mass lynchings in America took place in 1891 New Orleans after nine Italians were found not guilty of murdering a police chief.
They were lynched by an angry mob – along with two other Italians that were in jail on unrelated matters. Oh, by the way, Italians were called rapists too – as well as a few other epithets not fit for print.
Other undesirables included the Greeks, Poles, Hungarians, Slavs, and other European groups – all of which were seen as not white. You read that right. Up until the 1900s and even a bit later, a lot of European immigrants from countries that were considered the sh*tholes of the day, were not considered white.
How do I know all this? Because as an immigrant and a woman of color, I have to. For my safety and sanity, I have to understand the history of racism – not just of my people, but of others, so when I am confronted by racism, I know it for what it is, and understand the historical context of why.
How does all this relate to Trump? Well, simply put – since the moment he got elected, hate crimes against people of color have surged. Trump may say he's the least racist person ever, but he has emboldened racists to come out the woodwork because they know they have a president who'll dog whistle and call them things like "fine people." He has made America – the country of immigrants – unsafe for immigrants and anyone who doesn't look like him. But it's okay. Despite all the turmoil, I still believe in America. I believe in American resilience, and I believe that one day, we will become a melting pot again. Or at least try to.