Trump's Chief of Staff Calls Women 'Sacred,' but It's Code for Something Else Entirely | 22 Words 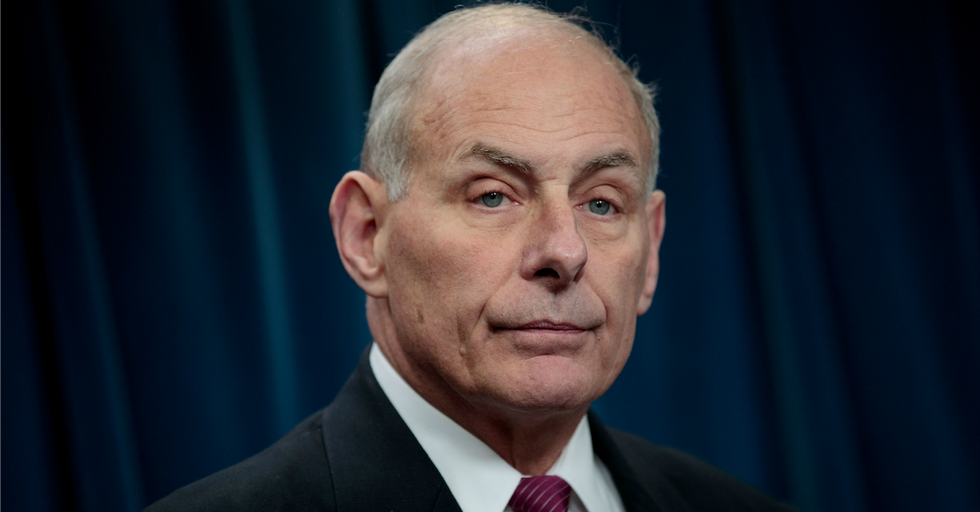 Trump's Chief of Staff Calls Women 'Sacred,' but It's Code for Something Else Entirely

John Kelly's slide into murky moral territory continues. The embattled White House Chief of Staff tried explain away Trump's controversial remarks to a war widow, but the president tweeted afterwards that he hadn't in fact made those statements, leaving Kelly with egg on his face.

Now Kelly has a new scandal to deal with – one entirely of his own making.

On Thursday, during his White House briefing addressing the Trump remarks, Kelly issued an odd statement as part of his defense for the president.

Kelly stated, “When I was a kid growing up a lot of things were sacred in our country. Women were sacred and looked upon with great honor. That’s obviously not the case anymore as we’ve seen from recent cases."

While it is not clear what he meant from "recent cases" – the Harvey Weinstein scandal, perhaps? – one thing, however, was. Women were not enthused by his statement that about their once "sacred" place in society.

Kelly grew up in the 1950s, a time notoriously hostile to women. Women were kept out of universities and jobs, did not have access to birth control if they weren't married, or the morning after pill, for that matter. Women were routinely sexually harassed and made to minimize themselves in deference to men, who considered them just a step above children. They couldn't get abortions, couldn't open their own bank accounts – oh yeah, and marital rape was legal too. If you were a lesbian at that time, forget about it! You could be sent to an asylum for "deviancy" or lobotomized. Heck, you could be lobotomized for being a "disgrace" to the family. Also, don't forget, spousal abuse was looked upon more favorably at that time. All this, of course, was a thousand times worse if you were a woman of color. Between segregation, racism and sexism, women of color had it even worse during the 1950s.

Kelly's statement is especially appalling considering he said it in defense of a president who has been accused of sexual harassment by multiple women, and whose administration is systematically working to disenfranchise the female population.

The Trump administration is the least female friendly administration in recent years, but that's not hard to understand when you have a president who once described former Fox News anchor Megyn Kelly as bleeding from "her wherever." Perhaps instead of making empty platitudes, Kelly might want to put his money where his mouth is and actually advocate for the female half of the population. Considering his recent remarks, however, we sincerely doubt it.