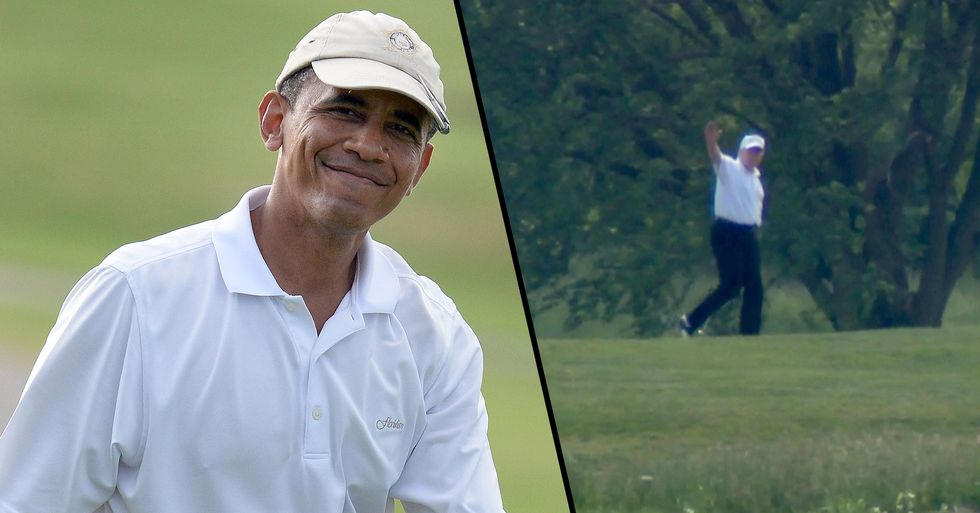 Donald Trump is once again at the center of backlash after he was spotted golfing this weekend. Shortly after, tweets he posted attacking Obama for golfing during the ebola outbreak have been unearthed.

Keep scrolling to see the tweets and the furious reactions for yourself...

President Trump continues to cause shock and outrage across the country...

And it seems his latest antic may be one of the most shocking...

They warned people against the use of their disinfectants as a remedy for the virus.

The president was spotted on Saturday at his Virginia golf course, all while the nation catapulted toward 100,000 deaths from the virus.

But that isn't even the worst part.

President @realDonaldTrump waved at my camera on Saturday while golfing at his Virginia club. His first visit to on… https://t.co/fWrI3HRvVC
— Khalil Abdallah (@Khalil Abdallah)1590256579.0

Why? Because of old comments he made slamming Obama that have been unearthed.

Back in 2014, Trump slammed Obama for going golfing while there were 2 confirmed cases of Ebola in the States.

“There are times to play and times that you can’t play. It sends the wrong signal," Trump declared. “You know when you’re president you sorta say, like, ‘I’m gonna give it up for a couple of years and I’m really gonna focus on the job,’" he added. Trump couldn’t help noting: “Golf is a great game; nobody likes it more than me."

After 3 years in office, Trump has already spent two-and-a-half times more days on a golf course than Obama had by the same point in his first term, according to an analysis by HuffPost. Yikes.