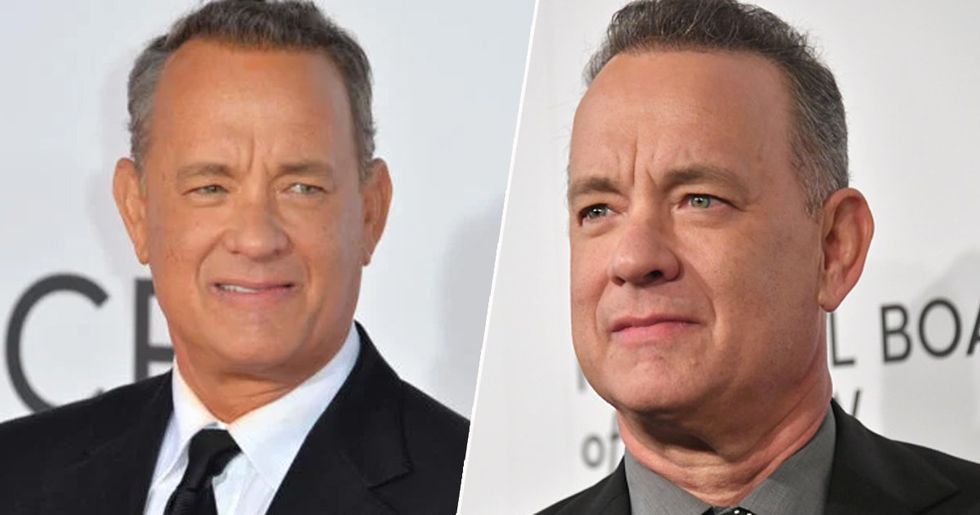 Just a matter of weeks ago, treasured Hollywood legend, Tom Hanks, announced that he and his wife had been diagnosed with coronavirus.

The beloved actor has been sharing updates via social media. Now Hanks and Rita seem to have fully recovered from the deadly virus and while are fans are delighted with the good news, they're also a tad surprised with his new haircut.

Appearing on Saturday Night Live, Hanks sported a smooth bald head that got everybody talking.

Hanks has starred in and produced so many timeless productions, and, now that he has received a Lifetime Achievement Award, we thought it would be necessary to take a little walk down memory lane to reminisce over the incredible life of this wonderful man.

Hanks isn't about to leave our screens any time soon as his next role will see him take on the role of beloved TV host, Mr Rogers, in A Beautiful Day in the Neighbourhood. Now, can the release date please hurry up?! If you simply can't wait, keep scrolling! We have the trailer for the movie right here!

When Hanks and his wife, Rita, were diagnosed with the deadly COVID-19 which continues wreaking havoc across the globe.

The good news is.

Now they seem to have completely recovered after returning to the states with big smiles across their faces.

Now his fans are saying something else.

After his performance on Saturday Night Live, last night, it wasn't his battle with coronavirus that fans were talking about, but his new bald head!

Speaking on the show, he said:

It’s me, your old pal. Now, don’t worry now, don’t be afraid. This shaved head was just for a movie and my hair is growing back very slowly. It does save time in the shower so, I don’t know, maybe we should all do it, huh?

Go with your gut. I think he should keep the shaved head.  Could we potentially see Hanks as a villain in the future?!