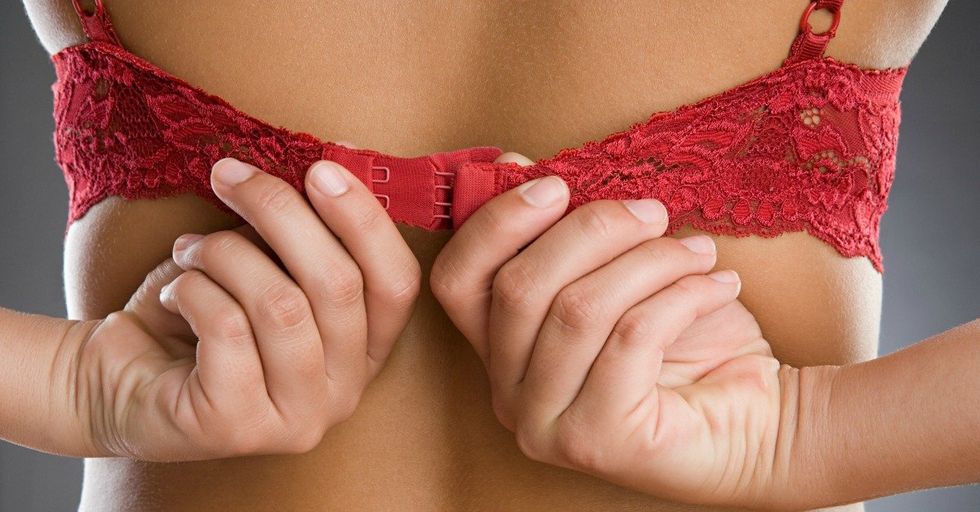 Wearing a bra is simple, right?

Okay, well maybe not that simple, but generally, it's an easy-ish process. You put on the bra backwards so you can get the hook in, then turn it around, insert arms, maybe do a little bit of cup adjustment, and voila! Done.

But now, a bra company is coming forward to tell us we may have all been doing it wrong...

Turns out, there's an even easier way. Putting on a bra is awkward, but maybe it doesn't have to be!

ThirdLove, a company that makes bras, has a very handy "how to wear a bra" tag that we didn't even know we needed. All these years... *sniffle*

When activist and educator Britney Packett shared the tag on her Twitter women were shook.

Turns out, you don't even have to do the twist and turn, you can just hook the bra and – well, point is, we've been so wrong all these years...

So the question is, have you been wearing your bra wrong?

If you have, don't worry, you're in great company. If you haven't, snaps for being way ahead of the rest of us...