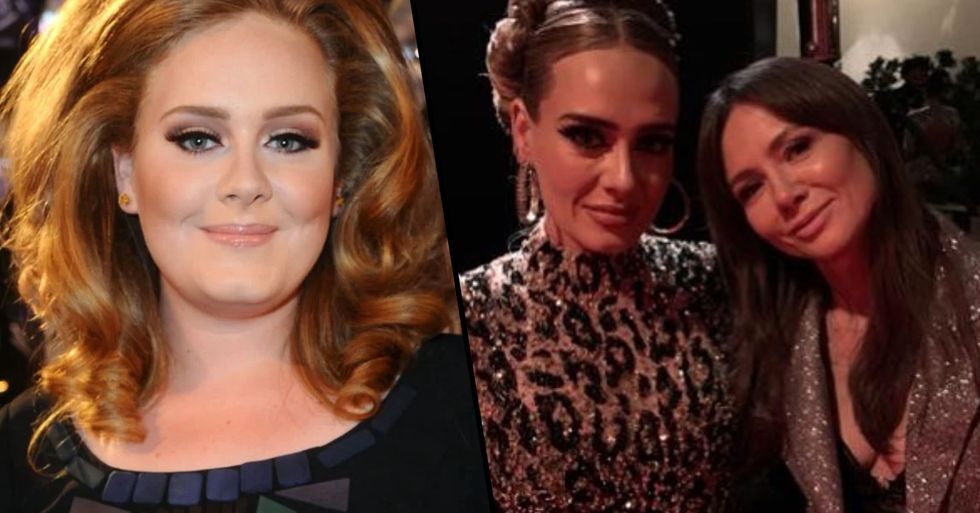 Recently, fans have begun to notice how different the star looks, so much so that a presenter admitted she didn't even recognize her at the Oscars after-party.

Concerns have been sparked once again... Keep scrolling to take a look.

But recent pictures have shown an alarming transformation, in fact, some fans have even raised concerns. Keep scrolling to take a look.

But she's been spotted more and more recently, and the pictures have shocked fans.

She'd been taking some time away from the spotlight, relaxing on vacation with no other than Harry Styles.

The singer was spotted on the beach...

And the pictures got many people really worried about her health. During the trip the singer opened up to fans about how she achieved her dramatic weight loss... keep scrolling to find out more.

But fans couldn't help but look past her dramatic weight loss. While many have praised the star and hailed her weight loss as "incredible," some disagreed...

Some have said the star is too thin and have aired their concerns over her shocking transformation.

Here's the picture that initially got people talking:

She has lost a lot of weight... And now she's revealed exactly how much.

During her vacation, Adele revealed to a fan just how much weight she actually lost.

At first, the fan didn't even recognize her... According to Ladbible, Lexi Larson from Massachusetts didn't recognize Adele first, due to her huge weight loss, but when she and some friends went into Blanchards Restaurant and Beach Shack, they noticed that Adele was sat with Harry Styles.

"A few minutes later, Adele came over and sat down next to me and my friend and was like, 'So what can I do for you girls?" she explained.

Lexi claims the singer told her she had lost around 100 pounds.

Her body transformation has left many saying she's completely unrecognizable.

And it seems this weekend, as celebs alike gathered at the post-Oscars bash, Adele flew under the radar due to her huge change in appearance. Keep scrolling for the pic.

A polish TV presenter admitted she didn't even recognize Adele at first...

And it took her a few moments to realize she was speaking to the singer because she is "so thin now." Keep scrolling to see the picture.

Kinga Rusin uploaded a snap of herself and Adele together to Instagram.

"At yesterday’s private party of Beyoncé and Jay Z I talked to Adele about… shoes (Adele in the photo after dropping probably 30kg!)" she wrote.

"I know that sounds surreal."

The photo comes after it was announced that Adele is set to release new music this year. Adele isn't the only celeb to recently undergo a huge weight transformation. Keep scrolling to see why the latest pictures of Simon Cowell have left fans shocked.