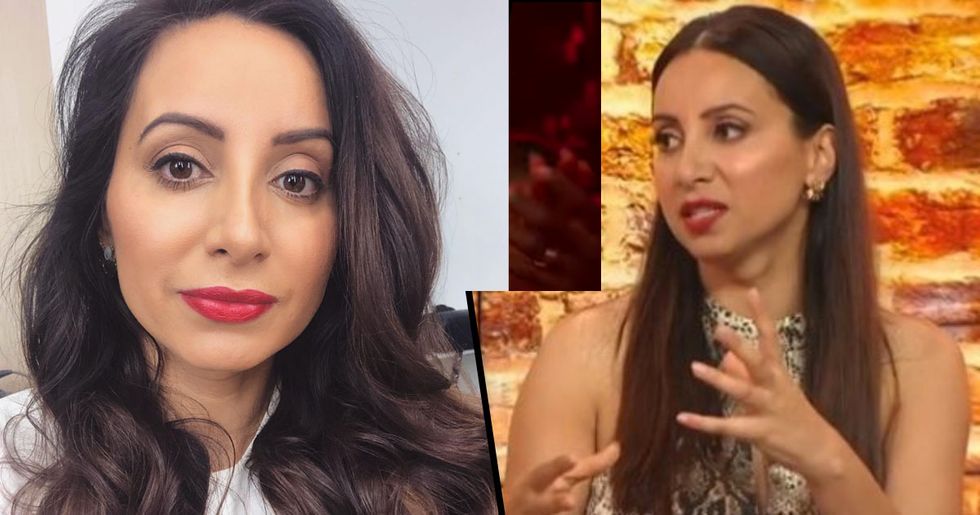 People with any kind of public profile are exposed to criticism daily. Whether its trolls, bots or weirdo stalkers - being in the public eye in any shape or form can be tough at the best of times. But, in the case of this remarkable story, it seems that a message calling out a television show reporter actually ended up drawing attention to a potentially deadly medical issue.

Network Ten reporter, Antoinette Lattouf, was going about her usual segment on Studio 10 last Friday when she was sent a "strange" message from a viewer. Now, let's be honest, most people would think the message was some kind of spam or even a bully calling out her appearance. But, shockingly, the message she received ended up saving her life after something unusual was spotted on her throat.

Keep scrolling to see exactly what the message was and the shocking pictures that prompted it for yourself...

When you're in the public eye, you put yourself in line for criticism.

From bullying to trolls, many celebs receive cruel messages and comments online - it seems to come as part of the lifestyle, sadly.

But it seems this week, a message from a stranger has saved the life of a TV reporter.

Finally, it looks like the world of social media has actually been used for good.

Antoinette Lattouf is a reporter for Network Ten in Australia.

Last Friday, she was going about her usual segment on Studio 10 when a viewer noticed something strange. The concerned viewer, later identified as Wendy McCoy from Werribee, Victoria, then contacted the show's official Facebook page.

After wrapping up the show, Lattouf was shown the Facebook message by her editor.

Lattouf is usually inundated with messages after the show, so it came as no surprise that a viewer had written in. So what made this message so special?

The viewer has noticed something alarming on Lattouf's neck area.

So, despite admitting she isn't a doctor, she took it upon herself to make Lattouf aware.

The sender, Wendy McCoy, had spotted a lump on the left side of the reporter's neck.

McCoy said the lump "reminded her of a friend" who had something similar. Her message read: "Has Antoinette Lattouf had her thyroid checked? I am not being smart or trolling just concerned with what I saw on TV today."

At first glance, you can't really see anything unusual...

Nothing on her neck particularly draws attention.

But when she turns her head...

You can quite clearly see a lump protruding out of her neck.

At first, Lattouf admitted that she was "taken aback" after reading the message.

She initially brushed it off as another viewer pointing out something they didn't like about her appearance.

But, when she watched the clip back, she was left stunned...

"I was left shocked," wrote Lattouf on 10Daily. "It looked like I had an Adam's apple. Something was definitely protruding from my neck."

Even more alarmingly, she has a family history of thyroid cancer.

So, she visited her doctor to be on the safe side.

Several blood tests, an ultrasound, and a CT scan revealed the lump was a large cyst.

Luckily, the cyst was benign but was located just above her voice box so she needed surgery. Tests also revealed she had an autoimmune disease too.

If left untreated, the consequences could have been deadly...

Due to being so close to her voice box, the cyst would likely have begun to interfere with her ability to breathe, speak, and swallow.

These types of cysts are more common in women.

They can affect muscle strength, bone health, heart rate, and in extreme cases - can be fatal.

And in Lattouf's case, it has likely been growing since childhood.

It's crazy that she may not have even known unless this random stranger spoke up!

Following the diagnosis, Lattouf reached out to McCoy to thank her for speaking up.

McCoy admitted that she wasn't going to say anything as she didn't want to "seem to be interfering" but went through with it anyway out of concern.

Lattouf thanked McCoy, saying that she saved her career.

"So to Wendy, I say, thank you for caring enough to reach out to me, a complete stranger, and urging me to see a doctor."
"Your random act of kindness probably saved my career."

Lattouf has since appeared on TV to tell the story of how she discovered the large cyst.

"Luckily my cyst is benign, but it lives on my thyroglossal duct (just above the voice box) and it's likely to start to interfere with my ability to breathe, speak and swallow. This condition most commonly begins when you're a child, and as the cyst grows and protrudes, it starts to put pressure on other vital structures in the neck," she explained.

The reporter is now encouraging other people to reach out if they notice something worrying.