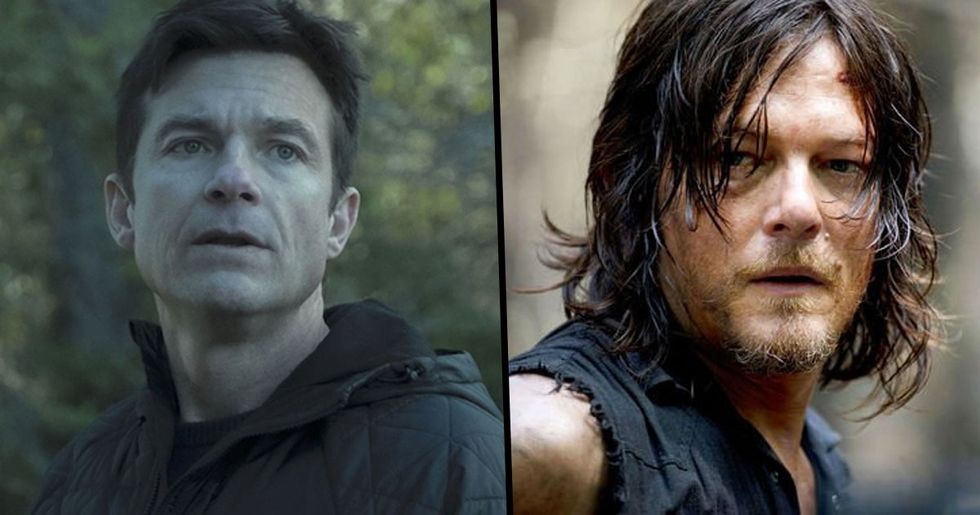 All The TV Shows and Movies Filming in Georgia Right Now

Georgia has is an industry-favorite location for producers looking to film TV and movie projects, with the likes of Netflix and Disney regularly opting to film in the state.

But, as Georgia finds itself at the center of controversy following its "heartbeat bill" anti-abortion law, US studio, Netflix, has threatened to pull the plug on production in the state - making them the only Hollywood studio to speak out about the bill.

Netflix spoke out for the first time yesterday.

The studio said that they will continue to film in the state but would "re-think"  its investment there, should the bill come into effect. The bill would prohibit abortions after a fetal heartbeat is detected - which can be as early as 6 weeks. Speaking to Variety, Ted Sarandos, Netflix’s chief content officer, said: "We have many women working on productions in Georgia, whose rights, along with millions of others, will be severely restricted by this law. “Given the legislation has not yet been implemented, we’ll continue to film there, while also supporting partners and artists who choose not to. Should it ever come into effect, we’d rethink our entire investment in Georgia."

All other Hollywood studios, including Disney, did not comment on the bill when approached by Variety. The studio filmed their latest film, Avengers: Endgame, in the state.

Is Georgia the industry's new Hollywood?

Huffpost notes that "A strong response from the entertainment industry could potentially hurt the economy of the state, which serves as a popular filming location for Hollywood due to its generous 30% tax credit program for film and television projects." According to the Film LA's report, in 2016, more major feature films were made in Georgia than in California, with the Georgia Governor, Nathan Deal, declaring 2017 as “the year of Georgia film".

So, which TV shows and movies are filmed in the state?

Here is a list of every movie and TV show filming in Georgia this month.

Horror fans will be pleased to hear that Patrick Wilson and Vera Farmiga will be reprising their roles as supernatural investigators, Ed and Lorraine Warren, in the final instalment of the popular horror franchise. Although director, Michael Chaves, hasn't revealed much his upcoming film, Farmiga teased its production by posting a picture to her Instagram showing her and co-star, Patrick Wilson's scripts, letting fans know that filming had started. Conjuring 3 will be hitting the box office in September next year.

Directed by Will Packer, scripted drama, Ambitions will follow one woman as she relocates to Atlanta, Georgia, and finds herself going head-to-head with some of the town's most powerful people. With a star-studded cast featuring the likes of Robin Givens (Riverdale), Brian J. White (Cabin in the Woods) and Essence Atkins (Half &Half), the drama is being described as "a multigenerational family saga". Ambitions will debut in June on The Oprah Winfrey Network.

Will Packer's new, scripted, half-hour comedy, Bigger, follows five thirty-somethings living in Atlanta who are all looking for love. Production for the show began in mid-April for BET and the team is currently holding a casting call for a restaurant scene.

Christmas On The Square

Just a year after the release of Dumplin, Dolly Parton fans can look forward to seeing more of the star's music on the big screen, as Netflix's upcoming Christmas musical, Christmas On The Square, features the best songs from the country-singing legend.

Kristen Bell (The Good Place, Frozen) will be reuniting classmates from high school musicals and getting them to re-create their performances years on in Encore. The show, created by Jason Cohen, first aired as a one-hour special on ABC in December 2017 and saw Bell bring together the cast of the 1997 production of Into the Woods, but, the upcoming streaming service, Disney+, will be bringing the show back again.

The highly anticipated third season of the popular Netflix Original, Stranger Things, is back this summer. Set in the '80s, the franchise follows the aftermath of the disappearance of a young boy. As both his mother and friends try to get him back, they discover that a dark government agency, and supernatural forces, plague the town. Season 3 of the show will air on Independence Day, 4 July.

The true-crime series investigates murder cases that have been linked to cults - featuring interviews with the investigators, former cult members, and family and friends of the victims. Deadly Cults is made up of 4, hour-long episodes that will each go behind the crimes to discover what drove these cults to kill. The series made its debut in February on Oxygen.

Despite the third season only just dropping on Netflix, a fourth season of the church-based drama has already been announced. The show, produced by Oprah, follows the Greenleaf family, who have their scandals exposed by Grace, the estranged daughter of the church leader, when she returns home after twenty years. Greenleaf airs on OWN in the US and Netflix in the UK next year, although an official release date has not yet been confirmed.

Food Network-regular, Alton Brown, is bringing back a new version of Good Eats for the first time since the show stopped seven years ago. Brown will be showing America how to perfect popular dishes and serve up a mix of simple and complex meals in the revamped version of the show.

Based on the comic books by Robert Kirkman, the long-running AMC series follows the aftermath of a zombie apocalypse. Fans looking for their Walking Dead fix will be happy to hear that, while season 10 of the show will be airing later this year, a spin-off is already confirmed for 2020, meaning lots of zombie-related content will be hitting our screens over the next year.

Say Yes to the Dress

The TLC series, currently in its seventeenth season, takes a look at the work of the Manhattan-based bridal salon, Kleinfeld Bridal. Each episode follows the staff as they try to match a bride with the dress of her dreams.

The popular Netflix drama, starring Jason Bateman as Marty Byrde, follows the character as he relocates his family from Chicago to a summer resort community in the Ozarks. The move is a conseqence of a money-laundering scheme gone wrong.

Doing exactly what it says on the tin, some of the country's most popular radio show hosts talk all things celebrity and pop culture in the FOX show. Dish Nation is available to watch on Apple TV, Hulu, YouTube and Roku.

After first being announced in 2015, according to Screen Rant, Fear Street, the upcoming horror-movie trilogy based on the novel by R.L. Stine, is finally in the works. Kiana Madeira (Really Me) and Olivia Welch (Modern Family) will star in all three of the films, playing teens in the 1600s, and in the mid-1990s, who are navigating their relationship in the small town of Shadyside. According to Atlanta News Today, the film's producers are donating money to ACLU to fight the "heartbeat" abortion bill in Georgia, but will be continuing to film there as the project is already underway.

Despite the controversy surrounding its first season, the Netflix original will be returning to our screens The backlash started before the first season had even aired, when the trailer was released in July last year,  A petition, which gained over 100,000 signatures, even launched to get the show axed before its premiere, as the series was accused of fat-shaming. Insatiable follows Patty (Debby Ryan), who is bullied for her weight. She loses weight after having her jaw wired shut for 3 months and seeks revenge on her bullies. Netflix is yet to confirm an exact date for the release of season 2.

Produced by Peter Berg, Live to Tell looks at the lives of people who have served on the front lines of U.S. special operation's forces missions. As well as first-person accounts, Berg uses archival footage and re-constructions to illustrate their harrowing stories.

The second instalment of VH1's Love & Hip Hop takes the show to Atlanta, following the lives of the hip-hop elite who are striving for success in the rap scene, while navigating family and friendship struggles. Season 8 of the show premiered in March on VH1.

Married to Medicine follows the lives of socialite women in Atlanta who are either doctors themselves, or married to doctors. The show follows the women as they balance their personal lives, careers and family life, with the previous season featuring the infamous divorce drama which has seen one of the show's stars, Quad Webb-Lunceford, file for divorce from husband, Dr. Gregory Lunceford, after being married for 6 years.

Set in Mississippi, Katori Hall’s upcoming strip club drama follows the lives of strip club dancers working in the Dirty Delta. The show has been picked up Starz, though an official release date has not been announced. Alongside Fear Street, this show will also be donating money to fight the "heartbeat bill".

Stargirl is the latest addition to the DC universe. Based on the character from DC comics, the 13-episode show follows teenager, Courtney Whitmore, who joins the Justice Society of America wherein she battles villains from the past. The show is set to be released on the DC Universe digital service next year.

Yes, another Stephen King adaption is coming to a screen near you. Based on the bestselling Stephen King novel, the HBO series, starring Ben Mendelsohn (Bloodline, Ready Player One), follows the investigation of the murder of a young boy. Though the air date has not been confirmed, producers have assured that it's "coming soon".

After a two-year break, MTV's The Real World, which first aired in the '90s, is returning with a new season filmed in Atlanta. The long-standing series follows seven strangers who share quarters in a building in West Hollywood. However, this time, the show will not be airing its 33rd season on MTV; it will, instead, be streaming on Facebook Watch.