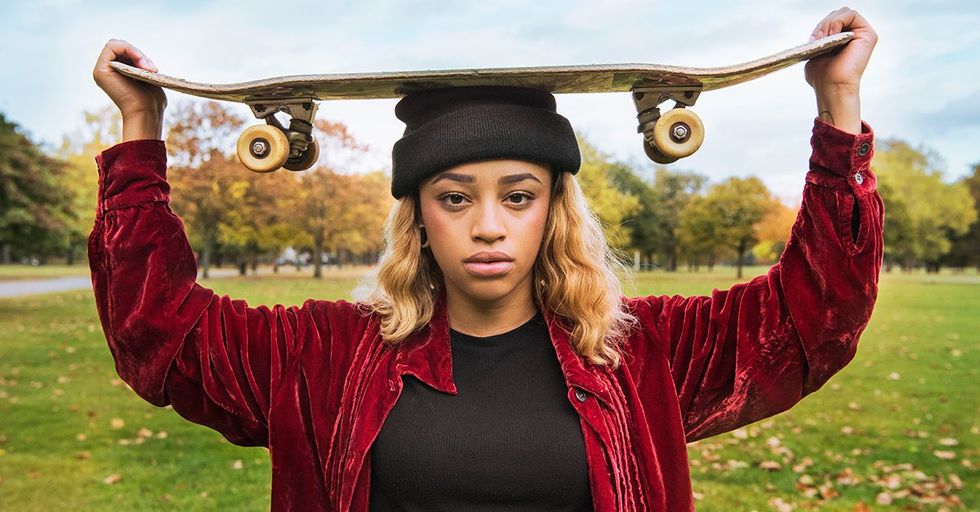 Funny Tweets From Exhausted 20-Somethings That Are Super Relatable

Being in your twenties is a lot harder than people make it seem, especially in the year 2018. Today, we live in a world where it is difficult to find jobs or to be paid fairly, all while attempting to save for retirement. You can imagine the amount of stress twenty-somethings are going through after being thrust into the scary world ahead.

So, we complain. We complain to our twenty-something-year-old friends, who understand us or anyone else that will listen. And, what do we do when we’re done complaining? We sleep. Then, when we’re done sleeping, we sleep some more.

Basically, we’re just exhausted. Being in your twenties s is exhausting. Here are 30 tweets from some cleverly exhausted young adults that you might enjoy.

It's a scary world, Charlie Brown

The world is a good place, but can also be quite scary. It's natural for a bunch of twenty-something-year-olds to feel terrified of the world around them. And yes, many of us would love to protect ourselves by being in a bubble.

We all love a good drama. But when you start to get sick of the drama in your own life, you need a different way to unwind. It's time for television to take a hint and give us some TV shows that are just pure fluff.

It's not their fault

Guys in their 20s have personalities that consist of one or more of the following: lifting weights fantasy sports video games making music
— Father Okra (@Father Okra)1537664603.0

In fairness, both men and women in their twenties have their own stereotypes. For men, this tweet is pretty spot on. But hey, they can do what they want! This is the time to live life freely!

Admit it, you laughed out loud at this tweet. It's true, at least some of your flexibility will go away with old age, no matter how much yoga you do. So enjoy your body before gravity gets to it!

We tend to get out of hand

Okay, so maybe we panic a little because we are nearing our thirties. But hey, we can't be blamed! Growing up is scary, and some of us can barely make it through the day without panicking. We are trying our best.

Being in your twenties is basically like being in limbo. We don't know which way is left or right. We're often finishing up at school, starting a job, or trying to map out our next move. Our lives may seem like a mess, but hey, we are trying our best.

After either taking classes all week or working 40 hours, by the end of the week, we are exhausted. And that goes for anyone, not just twenty-year-olds. And, now that twenty-year-olds have gotten a taste of what it feels like to be an adult, we are starting to understand why the older you get, the more tiring life is. We just want to stay home.

The problem with growing up is that the whole world is watching you, waiting for you to do something amazing. News flash world! We are also waiting for the moment when we do something amazing! It may feel like you're running out of time to be successful, but the truth is, there's always plenty of time. Just because we left out teenage years behind us, doesn't mean we have to be full-fledged adults just yet.

Between setting up our retirement funds, and saving money for a house, there are plenty of things we didn't realize we should be doing until we hit our 20s. Seriously, no one tells you any of this when you're a teenager!

Sleep is our favorite part of the day

Working all week really gets to us, so the moment we hit the bed, we pass out quickly. And sure, once upon a time, we were able to stay up until 3 am, unphased. But now we need at least 12 hours of sleep to be functional.

It's happened to all of us. Sometimes we feel as if we can no longer relate to anyone. The people younger than us are still out partying and the people older than us are getting married or having children. So we just stand there awkwardly, waiting.

WE ARE NOT LYING. WE ARE SO TIRED. All we want to do at the end of the week is fall asleep and stay asleep until Monday morning, when we have no choice at all to go to work.

When you become an adult, you want to leave all high school drama behind you. You're are no longer interested in chasing people who don't want to be in your life. Let them stay in the past, we can only go up from here.

Considering that we have less free time as we age, it's important to realize who you actually want to spend that small amount of time with.

Single and ready to not be

As you start to see everyone settle down in their 20s, you might get a little envious. We all just want someone to love.

No, we are not being overdramatic. It's hard going through life not knowing what we are supposed to do. We are just pacing through it and hoping for the best.

Getting thrown out of school and directly into the workforce is nothing short of traumatic. It messes with your mind. Everyone expects us to be okay, but life is tough! And there are no instruction manuals to follow!

Unfortunately, no one gets paid as much as they should. Except for billionaires, who get paid way more than they should. But for us 20 something-year-olds, we have to constantly wonder whether or not we are making enough to survive.

Again, it's time to leave the high school drama behind. Stop with the mean looks, and realize that everyone is fighting their own battles. Be kind to everyone. We all need help sometimes.

Love is a fickle thing

A lot of people feel like the tweet shown above. But the good news is, you are not alone. Love comes at different times for everyone, so don't worry.

To date or not to date

Dating is very hard. No one really knows what they want, and sometimes people are too afraid to actually say what they want. So yeah, we get a little agitated, but hey, can you blame us?

Sure, some people's lives may seem more successful than yours, but everyone is different. Don't compare yourself, especially when you are trying your hardest. You'll get where you want to be!

The sad truth is that by the time you reach your twenties, you have replaced your entire bloodstream with coffee. You'll find that you are willing to spend every last dollar on your favorite drink from Starbucks. But you'll also end up crying in bed at night, for not being able to afford a ticket to Italy. See the problem?

If you are lucky enough to have parents who want to help you, take advantage. But thank them endlessly, and remind yourself that not everyone has that kind of support.

Second star to the right

Peter Pan was everyone's favorite Disney character for a reason. He never wanted to grow up. The nice thing about being in your twenties? You feel a little bit like Peter. You are learning as you grow, but you are holding onto every piece of childhood that you have.

Not everyone in their twenties is in the workforce. Some of us are still trying to get through school. And kudos to you guys, for fighting the good fight, considering the fact that school only gets harder the longer you're in it.

Yes, we are tired. But between school and work, make sure you take some time to smell the roses. Remember who you are, and figure out the things that make you smile. You are only in your twenties once.

The nice thing about living in the 2000s is that no one expects you to pop out children like your parents and grandparents were doing when they were your age. You are able to live somewhat quietly...for now.

But to those who do have kids...

GOOD FOR YOU! SERIOUSLY! That is hard stuff, and the fact that you have it so together that you are able to take care of another human being is AMAZING! Good job! But don't forget to take a nap because we know you're still tired.

Clubbing. We've all participated in it, but it eventually comes to an end. We say goodbye to the late night (and early morning) dance lessons and the screaming fist-bumping teens. By midnight, or probably before, we are fast asleep in bed. And we wouldn't have it any other way.