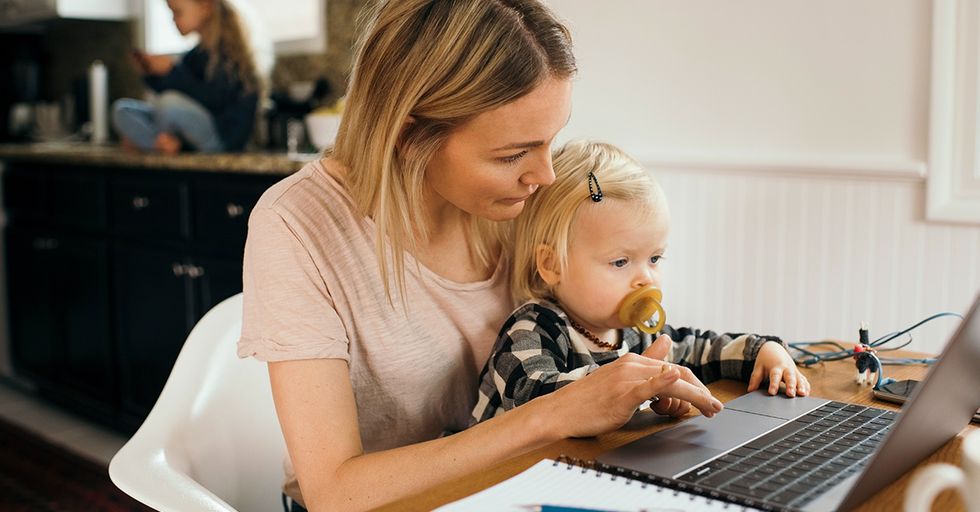 Hilarious Mom Tweets That Make You Realize You're Not Alone

Being a parent is hard.

But being a mom, specifically, is the hardest.

The mom struggle is real.

Luckily, the moms of Twitter have incredible senses of humor about how hard it is to raise wild children. Here are 19 tweets from moms that you won't be able to help laughing at.

Oh no, where did it go? Let's look in every nook and cranny of the house until you're too tired and you have to take a nap.

Moms pretty much hold this trump card over their kids for their entire lives. Hilarious.

"I know, Mom." Oh man, kids really know how to cut their parents to the core.

If kids aren't getting Legos stuck in their noses, parents are stepping on them. Legos are the Devil's toy. The next one is for any mom who's lost it.

It's hard to feel bad for a kid who hurt himself after you told him five times that he would get hurt if he did that thing.

Rome wasn't built in a day. And Emily didn't get her shoes on for forty days.

This is great. This is the perfect sticker to remind Daddy what a mess he's gotten this whole family into.

This is the same reason there are lots of baby pictures of me (the oldest kid) and almost zero pictures of my sister (youngest kid). The next one is truly a nightmare come to life.

This begs the question, "How long have you been going in this potty chair and why is it all wet and now we have to get another chair."

Really what this tweet says is that this mom has raised two self-sufficient, slightly scary children.

"No, this isn't chocolate cream pie! It's chocolate casserole. It's super gross. You won't like it."

Locked in a room alone with a bubble bath? Sounds like heaven to me. You always hear about kids being embarrassed by their parents, but the next one proves it can also happen the other way around.

Kids have no tact. And no control over the volume of their voices. The combination of those two things makes for a lot of embarrassing stories.

I already become mortified when I'm out in public and realize I have a hole in my shirt or sunscreen all over my face. When I have kids, it's over for me.

I know that you have to deal with a lot of gross stuff as a mom, but this is next level nasty. I gagged just reading it.

Now, this is something to look forward to as a parent. Being able to finally do what you want is also the best thing about being an adult in general.

This is so true. They always get right up in your face with their hot breath, too. Share this with a mom who understands the struggle!