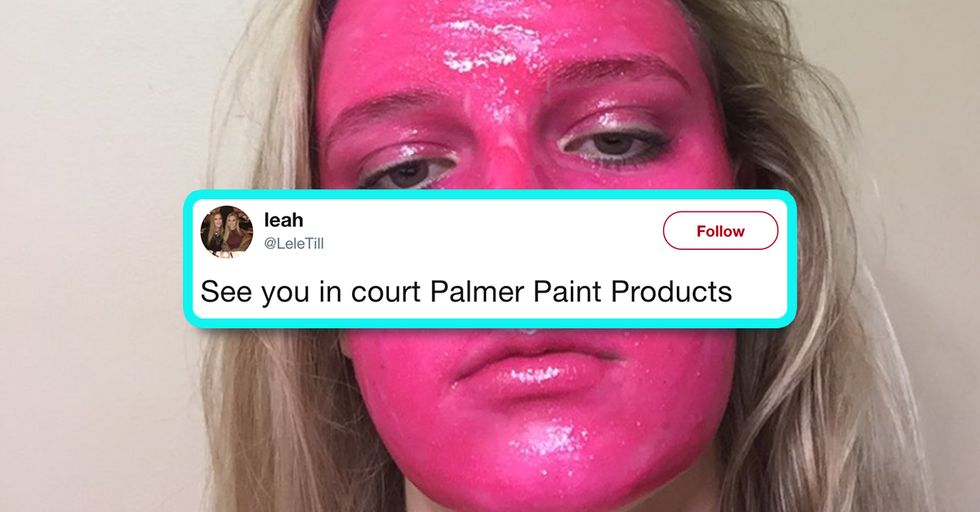 Not so long ago, when people did or said something super funny, the resulting amusement was usually short-lived and enjoyed by an extremely small audience, if any. The opportunity to make millions of people laugh out loud was exclusively reserved for renowned professional comedians with HBO specials.

Thanks to Twitter, people now have a platform on which their silly jokes and random thoughts are capable of evoking laughter heard around the world.

Gaining public attention on a global scale no longer requires 50 seconds of fame; it can now be done in 280 characters or less.

These everyday people became celebrated comics overnight when their hilarious tweets tore the roof off the world's greatest stage- the internet- and broke the 100K retweet barrier.

This Uber driver appeared to be in deep water.

This concerned Uber customer wanted to check up on his Uber driver, as it appeared that he was potentially knee-deep in trouble. And while the Uber driver admitted that he was lost, he might have slightly watered down just how lost he actually was. He may have been in over his head, but this Uber driver was determined to get the lay of the land and show up for his customer, come hell or high water.

my sister is about to have a baby and my brother showed up to the hospital in a suit because "first impressions mat… https://t.co/zWzJZPrWBs
— stupid spice (@stupid spice)1483450926.0

You know what? I dig this dude's style. Literally AND figuratively. We have a feeling he's going to be a pretty cool uncle... at the very least, a classy one.

The second coming of Uber has arrived.

We're not sure why this guy is so surprised that Jesus is rolling deep in a Honda Accord. Everybody knows that Jesus keeps it super humble in the possessions department. We're pretty sure he may have lectured us a time or two on the subject. It's when Jesus pulls up in a Ferrari that we need to start worrying about the apocalypse. But in this case, Jesus was just helping a brother out. He washed 12 of his buddies' dirty ass feet. Of course, he'll give you a ride to work.

The child's got style.

I've seen a lot of different hand gestures to express this universal message but never have I seen a maneuver so suspenseful, graceful, and yet defiantly divaesque. Pray for her parents and future spouse. They've got some serious attitude ahead.

Don't we all. Is it that much to ask? Hell, I'm married but this tweet makes me envy a bond so deep. I guess not everyone finds their Target rage-mate. Besides, imagine the kind of debt a relationship this intense is bound to accumulate? And who can sustain that level of passion longterm? Soul mates are great and all, but credit scores are croosh.

She knew the price seemed too good to be true. What she didn't know was how uncomfortable this chair would be. But on the other hand, it's a great space-saver. See, there are just too many things to consider when buying furniture. Hence, why one should never do it online. Dare I say, not even on Amazon. Besides, this girl really can't complain. Even if this chair was sized to seat a human, it still would've been majorly uncomfortable. It's fricken plastic.

This girl was not tickled pink by this product.

She may not have been tickled pink with this paint's false advertising. But she was literally pink. We have so many questions. But there's really only one question worth asking here. WHY?

Dammit CAROL. You sure do stir up a lot of trouble. And to Carol's caller-outer comedienne, you make an excellent point. There are no lasers treatments to remove children. I've checked.

She was just going to ask for directions...

I watched this like 6 times in a row. It's everything. And so is the caption. Hell of a tweet.

It's time our pets start carrying their weight around the house.

We're not sure if this idea wins for most lazy or most genius way to do someone a favor, but we're leaning toward genius. Just don't tell PETA, as we're sure they're busy drafting a puppy safety announcement on pet choking hazards along with filing a change.org petition to remove all animals from this home. But we know innovation when we see it. Just maybe stick to using your pets for all in-home deliveries and let your kids focus on their current household duties. Like destroying it along with your sanity. They've gotten so good at it and really enjoy it. For all other things, you can count on Spot to deliver. Just don't forget to tip. He accepts treats.

[concert] SINGER: hows everyone doin tonight CROWD: woo ME (from the back in a normal speaking voice): it's actually been a tough few months
— Bob Vulfov (@Bob Vulfov)1494306131.0

This is so me. Except, the willingly engaging with society by attending a concert part. That's not happening. But I definitely share in his general lack of enthusiasm and solemn sentiment over the past few months. Apparently, a lot of people related, like the 1.74K people who retweeted it.

This cat is in a bit of a situation and could really use some assistance- STAT.

We love that this cat's presumed owner has the cool composure to take a picture as her cat claws to dear life on the windowsill while being hunted by a massive bear.  But come on SANDRA, get the shot already and open the effing window. Bit of a situation here.

Some people are just born artists. Like Riley. Sure, one can formally study Minimalism and Suprematism, but true art like Riley's groundbreaking piece is fundamentally intuitive. The symbolism present in her singular color choice of yellow exposes the underlying nature of authentic happiness; whilst it is a foundation that may be built upon, in itself, it requires no additional prosthetics to fully exist and thrive. The manner in which she juxtaposes her autonomous monument with the otherwise artless exhibits of her classmates, thus inviting them into her narrative to exemplify the futility born of societal excessiveness, is nothing short of brilliance. Undoubtedly, Riley has profoundly communicated an astute cultural commentary with this masterpiece. *More importantly, this girl seriously knows how to land an easy A; a far less pretentious skill that'll actually get her somewhere in this world. Props, Riley. You're Lego is awesome and so are you.

This guy's the proud owner of an adorable new puppy. Not to mention, he totally owns up to arranging this adorable photo shoot.

lol if you think i actually hired a photographer to take pictures of my new puppy then you're exactly right bc i to… https://t.co/5TlznogBly
— davis smith. (@davis smith.)1504288014.0

People can sense insecurity. When someone is defensive about something, they're basically sending out an open invitation to be passive-aggressively judged. But clearly, this proud puppy owner knows that by totally owning your slightly embarrassing choices, you completely disarm the critics of all their ammunition. When you laugh at yourself, people laugh WITH you.. instead of AT you.

This sibling rivalry is sour grapes.

To think that this sister was being kind when she offered to share "half of her grapes" with her brother. On the other hand, she probably had this coming, as this tweet really only reveals half of the story. The lesson here? Sibling rivalry is alive and well. But those grapes are goners.

Some dude just called me a pussy for putting on sunscreen. Imagine thinking you're tougher than the sun? The fucking sun?
— Riggs (@Riggs)1497096619.0

A man with an outrageously overblown ego and clinically significant superiority complex? I can imagine it. He's the same guy who's too cool for sunscreen at the beach, goes home lobster red, cries like a baby, and then yells at his girlfriend for not offering to apply it. So kudos to this guy for keeping it real and admitting that he's no match for the rays of a burning star. He's quite funny and will have great skin well into his golden years, while this machismo meathead is dried up like a raisin in the sun, along with his dreams deferred.

Is it just me, or where these girls happy to see him?

Never has a nerd received such a warm and inviting greeting from such an enthusiastic scantily clad crew of young ladies as Billy Nye the Science Guy did when he entered this elevator. But I'm not hating on these girls.' I'm impressed that they were so excited to see him, let alone knew who the heck he is. He may not have shown it, but underneath it all, Bill was just as excited.

In her dad's defense, he was just attempting to avoid any potential confusion.

You can't fault the man for clarifying. She's a beautiful girl and certainly does not resemble the wildlife in any way. But in this day and age, people marry goats and who knows, some people may have sea lion daughters. Clearly, this dad knows that people never want to be presumptuous when they leave a comment on social media. The girl pictured on the left could be this man's legally adopted sea lion daughter's translator or massage therapist. This dad was merely sparing his Facebook friends from having to verbally tip-toe around the possibility. You just never know. Better safe than sorry.

Again, I must reiterate the necessity for clarity in this day and age. And while this image is far more susceptible to confusion than the previous picture of the young lady and her adopted sea lion sister, to be fair, there is one marked distinction in this image as well. Trump doesn't wear glasses. And he never would. There's really no need for eyeglasses when you haven't read a sentence or driven a car in over three decades. Although, based on Trump's constant reverse raccoon eyes, I'm pretty sure he does wear the little plastic goggles at the tanning salon- again, just to be fair. But no matter, this is FAKE NEWS anyway. Everbody knows that the REAL Easter Bunny is a liberal.

We don't want to worry you, but yes, you should take your dog to the vet.

Everything is probably FINE. But he does seem a little stiff. Please do keep us updated.