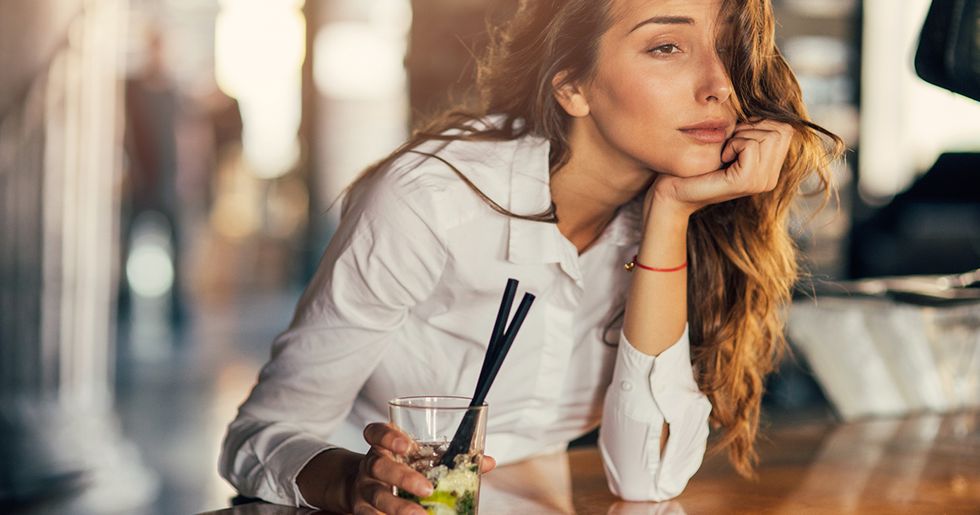 You try your best, but if we're being honest, there are probably some basic skills you could stand to brush up on.

And that's OK! Here are some hilarious tweets that will hopefully make you feel a little less alone when it comes to not having your life completely together.

On the one hand, this can make shopping experiences much more exciting. But not really in a good way.

I suddenly have an idea for how to make those Monday morning meetings much less torturous! Just gotta swing the continent of Africa over the weekend.

You had such dreams.

You know you've made some mistakes when people ask you if you're dating Prison Mike.

Although to be fair, your diet is probably full of gruel sandwiches and gruel omelets, right? This next one is a little too real.

"What does that light mean?!"

Don't worry. That's what dads are for! They're also great for helping you put together the IKEA furniture you can't quite figure out. (Assuming you've graduated from the card table/camping chair combo.)

I like to think that this is exactly what the person designing this shirt meant. I hope they're doing OK.

Don't worry. The ages that come after 22 are similarly full of a lack of direction and Spotify playlists. So at least you have that to look forward to.

This is what you're signing up for.

Anyone else feeling personally attacked by this particular tweet? Just me? OK then.

Who hasn't done this?

Do you ever just stare out into nothingness and wonder whether anything we do on this planet actually matters in the long run? Yeah, me neither. This next tweet is actually hilarious.

At least you tried.

Better luck next time, my friend. At least you know where your air horn is!

And for dinner, I'm thinking another 45-minute staring contest with the wall while I contemplate my own mortality will absolutely hit the spot.

This is great, but it's not quite as good as when you make plans with a friend, and then they cancel on you! You didn't flake out, and you get to stay home! It's a win-win.

The only thing that would make this situation worse is if you also took a shower and maybe put on some makeup. At that point, your night is basically over.

Hey now, don't stop there! You also can't afford to decorate your house, maintain successful relationships with multiple friends, talk to your neighbors, or sell turnips for a profit. This next tweet will feel familiar to anyone who enjoys sleeping in.

Gotta see what the rest of the world is up to!

This is great because it allows you to start your day off feeling inferior to all of the people you follow on social media. And it puts you in a sad mood for the rest of the day!

Whatever you do, don't go on WebMD.

Being an adult is basically just having a headache every day for the rest of your life and never knowing exactly what's causing it. And you still have to go to work.

You can't even sleep right.

Think you can retreat to your bedroom and sleep away all your insecurities? Think again!

The mess is me.

Say what you will, but I think a 1 a.m. cheesecake is a fantastic investment. There's never a bad time to each cheesecake.

How does that work, anyway?

To be fair, water only makes you feel better, makes your skin clearer, and literally keeps you alive. Share this with someone who's on the struggle bus with you!