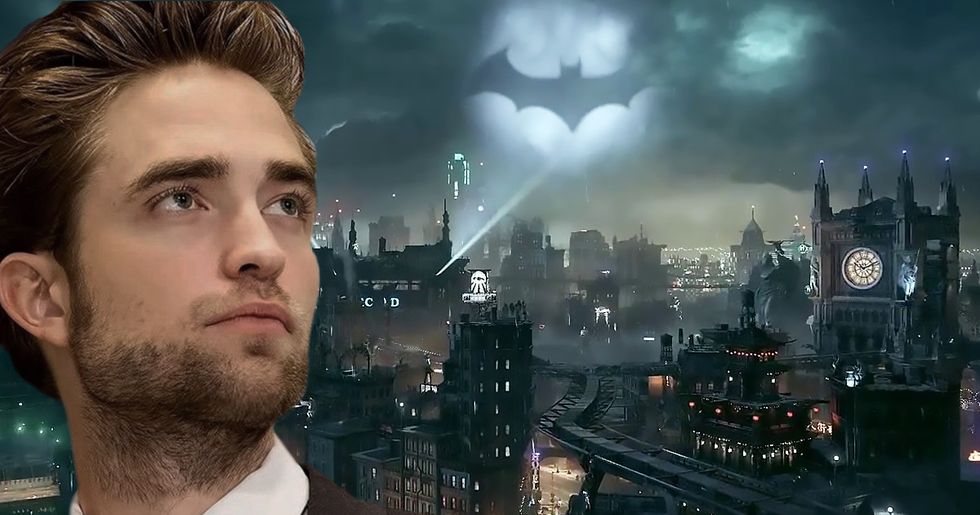 In a world where Avengers: Endgame is the biggest money-maker in movie history, there is no role more highly coveted by our best actors than Batman. If duds like Captain America and Ant-Man can be made into such incredible and popular characters, think about what could be done with what is objectively the greatest superhero of all time.

But today, we find ourselves in a situation where more actors have played Batman than there are bat-tool in the bat-utility belt. Michael Keaton brought the role to the screen, Val Kilmer valiantly did his best to follow him, George Clooney took over for him (which still blows my mind — our worst Batman is our best actor?). Next, Christian Bale made an indelible mark on Bruce Wayne, even if his growly-voiced Batman was a little sillier than I think he meant it to be. And most recently, the big screen Batman was Ben Affleck, the little Boston Boy who could, who played the only Batman to ever whip Superman's ass.

But now, a new Batman has stepped into the bat-cave, as Twilight's sparkliest vampire, Robert Pattinson, will take the baton-- er, utility belt-- from Affleck. Of course, a lot of the internet made Twilight jokes after the announcement, but there's reason to believe Pattinson might be the best Batman yet. Read on to find out why...

We Batman fans have had a rough go of it lately. Justice League was a bit of a mess, and seeing Batman v. Superman was maybe the worst I've ever felt in a movie theater. In fact, not since 2012's The Dark Knight Rises have we seen a truly great Batman on screen. That Batman beat up Bane, climbed out of an inescapable pit prison, and flew a giant bat-plane over Gotham. That movie ruled.

And it's not his fault. The guy was done a disservice by his script and director, because yo, Ben Affleck was a great choice for Batman — he's both moody and kind of affable! You can buy him both as a vengeful vigilante and kind of a hero. If there was any knock against the Dark Knight trilogy's Batman, it was that Christian Bale also starred in American Psycho and could therefore never be seen as a hero.

Those three movies were, in their own little ways, perfect. Where Batman Begins lacked in villains, it made up for by having the most interesting and grounded Batman origin story we'd ever seen, movie or comics. The Dark Knight is maybe just overall the best movie ever made, with Heath Ledger playing one of the most iconic villains in movie history. And The Dark Knight Rises is bonkers. Just before Bane blows up a football stadium, he stops and comments that the little boy singing the national anthem has a lovely voice! Why? Why does he do that? What a crazy detail. That movie rules.

I am very interested to find out if Ben Affleck is giving Pattinson any advice before he takes over the role. Hopefully he tells him to smile more often. (I know that's more of a Joker thing but the Ben Affleck Batman movies were unnecessarily grim.)

Unfortunately, with the DC movie universe in the state that it's in, things don't look good for The Batman.

While the DC Cinematic Universe isn't at "obviously fake shark biting Batman in the leg in front of green-screened water"-level bad, it is bad none the less. Because, I mean, what even was Justice League? What was it?

But Pattinson has a lot to handle. Batman is a tough role, since you have to not only be a good Batman...

You can hate Batman Vs. Superman all you like (and believe me, I do), but Ben Affleck did do a pretty great Batman. And yes, I do base that entirely on the fact that he's the only one who had white triangles for eyes like the comic book Batman. That's tight as hell.

... but be also a good asshole Bruce Wayne.

And that frightened, broken child has to act like a d-bag at all times, unless someone piece together he's the Batman. The secret's out if he slips up and gives a dollar to a homeless man even once.

It's three characters in one!

The only actor we can definitively say would make a good Batman is Eddie Murphy. You know how some Major League ballplayers practice with weights on their bats, so when they get out into the game their bat is suddenly lighter? That's what Eddie Murphy was doing in The Nutty Professor — playing four or five characters so he could more easily play three.

How will Pattinson fare in the role? Let's try and guess by looking back at his most famous performance...

What could Pattinson's performance as Cedric Diggory, the Hufflepuff prefect who competed against Harry in the Triwizard Tournament during Harry Potter and the Goblet of Fire, tell us about how he'll play Batman?

Now, it's not difficult to make fun of Pattinson for his role in Twilight...

I mean, he did play a weirdo 148 million-year-old vampire who was so into a 15- or 16-year-old girl he climbed into her window at night to watch her sleep. It was a highly mock-able role.

You thought we were done making fun of Twilight? Oh helllllll no!

Just look at this guy!

Is he going to a Panic at the Disco! concert? How can he be infinite years old and still so mad at his parents for making him dress like a normie?

But it does sound like Pattinson was aware of Twilight's silliness.

Right around the time of the second Twilight movie, New Moon, Pattinson started giving interviews suggesting he wasn't as big a fan of the Twilight movies as, well, every girl between the ages of seven and 55. So maybe Pattinson is all right.

And maybe there is hope. After all, Matt Reeves is a great director.

And Robert Pattinson might be... a legitimately good actor?

For example, in this picture, Pattinson looks as though he's feeling cool and confident at a big Hollywood premiere when, in all actuality, he's deeply ashamed of how many McDonald's Filet-o-Fishes he ate on the way over.

Here we see Pattinson in Good Times, doing a thousand yard stare into the camera. I haven't seen this movie, but I can tell — just through Robert Pattinson's acting eyes — that it is intense.

What an incredible actor this guy is!

You know how great you have to be to act all flat and unassuming when you're filming a scene with a baby? The answer is incredibly good, because babies are, in fact, very cute.

If you would've told me in the middle of the Twilight phenomenon that not only would Edward Cullen eventually play Batman, but that I'd also be super interested and kind of really dig the choice? I would've... well, it would have actually made sense to me because I love Twilight very much. Yes you can like Batman and Twilight! Don't put me in a box! They are both very emotional and have cool mythologies!