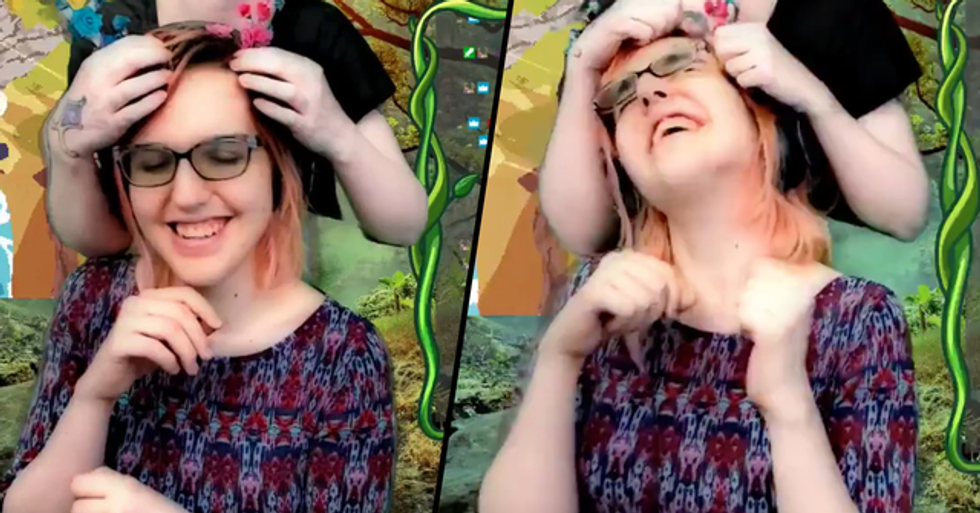 Footage of a Twitch user experiencing a "deergasm" on a live stream has recently gone viral on Twitter, and people are seriously disturbed.

I know what you're thinking - What on earth is a "deergasm"? Keep scrolling to find out, and to watch the freaky footage for yourself...

Warning: This article may just scar you for life.

Now, we all know that there are some pretty disturbing things out there on the internet.

The World Wide Web can be one grizzly place...

And it holds an array of pretty disturbing content.

But this may have conquered them all.

Recently, a video of a Twitch streamer was uploaded onto Twitter and, let's just say, people are completely horrified.

This video really could be the worst out of them all...

And people have been going to pretty extreme lengths to describe the horror that the video distilled into them.

The video in question revolves around this Twitch streamer.

The streamer, who goes by the user name FerociouslySteph, streamed herself having a "deergasm."

Now, what exactly is a "deergasm", I hear you ask?

Well, the peculiar thing about this streamer is that she identifies as a deer, all while going by female pronouns.

As in the loveable woodland animal.

So, as most of you will have probably assumed by now...

A "deergasm" is what a person who identifies as a deer experiences when they reach climax.

And that's exactly what Steph broadcasted to the world.

You'll need to see this, to believe it.

Now, this isn't the first time that Steph has stirred a little controversy amongst the Twitch community.

Not too long ago, she suggested taking away voice chats because they are "unfair", and she ruffled plenty of feathers in the process.

And, to make things even worse?

It turns out that Steph is a member of the Twitch Trust and Safety Council, which means that, yes, she holds some sort of power at the organization.

If you were disturbed before, you certainly will be now.

Anyway, let's get the real reason why we're all here today.

The incriminating video starts out with Steph receiving what appears to be a head massage. Nothing too disturbing so far, right?

But, it gets worse.

Steph seems to be really loving that head massage, and she can be heard laughing breathlessly as she clenches her fists.

It all becomes a bit much for the excitable streamer...

And she lurches forward, knocking her headphones off and laughing eccentrically.

Afterwards, Steph's "giver" leans in and the pair enjoy a romantic embrace...

With Steph exhaling and saying softly, "thank you."

It's an incredibly intimate moment...

Which certainly should not be streamed for the whole world to see.

Well, the whole world has seen it now...

And the internet not impressed. The video, which can be watched above, has gained over 2 million views... Please watch with caution.

But a small minority of people have no issue with the clip.

For more on the strange world of Twitch, keep scrolling to read about the user that got banned for his stance on gender...