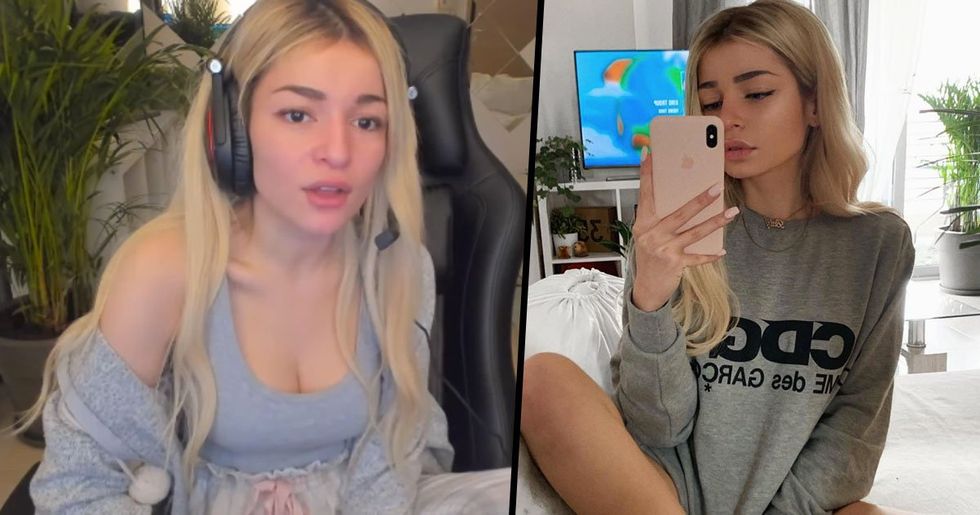 Twitch Streamer Permanently Banned for Saying 'There Are Only Two Genders'

Those who enjoy playing video games online will be no stranger to live streaming platform Twitch. The popular service, which is owned by Amazon, allows the biggest gamers to share their gameplay online. It's incredibly popular, reporting an incredible 15 million users per day in May 2018.

But Twitch is no stranger to controversy. Because of the unedited glimpse it offers into gamers' lives, it has often been a place where someone's less than politically correct opinions can end up becoming public. In fact, many Twitch streamers have fallen foul to this sort of behaviour.

But Twitch's most recent controversy is a little different. Popular streamer, HelenaLive, is the latest to be caught up in a Twitch drama. However, some believe that this particular lifetime ban feels a little unwarranted. It all stems from just five words uttered by the streamer. HelenaLive has taken to Reddit to defend her original short (but undeniably contentious) phrase.

Launched in June 2011 as a spin-off of Justin.tv, Twitch quickly surpassed its source in popularity and struck out on its own.

It's now one of the biggest (and fastest growing) live streaming platforms.

Twitch's main type of content is video game streaming, although there are music, sports and general lifestyle subsections.

Alongside the live streams, Twitch also offers a huge amount of on demand content.

But even though the service has many different branches, it's still best known for its original service: video game live streaming.

Twitch has given rise to many popular content creators.

The most popular video game streamers almost achieve a level of internet celebrity. Many of the biggest streamers have quit their day jobs and make their full living through Twitch.

Some see Twitch as the next social media giant.

In the same way YouTube started out as a niche spot for specific content creation and then basically took over digital media, Twitch seems set to do the same.

Alongside video game love, there's another reason Twitch is so popular.

The live stream service offers a truly candid look into the lives of others. The content is unfiltered, which can make it feel really genuine.

However, that's not always such a good thing.

Because when people are playing video games and broadcasting themselves to the entire world, live, they may not be showing their best selves. In fact, it can show quite an ugly side to people's personalities.

Which has led to many issues with Twitch overall.

In fact, getting kicked off Twitch is so common it's almost become an internet trope in itself. Although, the majority of these bans tend to mean a temporary lock on an account, rather than a total suspension.

The most recent Twitch drama, though, is about a lifetime ban.

A popular Twitch streamer was permanently kicked off the site this week, and has taken to Reddit to protest her case.

The streamer in question is known as HelenaLive.

She's twenty-two years old, and born in Greece. Helena came to popularity on Twitch playing League of Legends, and until her recent ban she had over 240,000 Twitch followers.

The ban came as a result of something quite controversial Helena said.

During a live stream on the platform, the gamer is reported have stated her view that "there are only two genders."

We have to admit, this doesn't sound great.

In a world which is finally opening up its mind to different expressions of gender and sexuality, comments like these can feel disappointingly out of touch, and even quite harmful.

Helena was quick to offer an explanation for the comment.

She shared a video of herself reading her emails from Twitch, and trying to justify what was said which caused the issue.

Helena claims she never meant the comments to be transphobic.

She stated, "I was telling everybody that I believe biologically there’s two genders…I think there’s the woman and the man, that’s what biology tells us…there’s no in-between. I specifically said ‘it’s okay if a man wants to be a woman or a woman wants to be a man, you cannot be anything in between.’ I said I supported the transgender community – I never said I didn’t – They banned me because I said there’s two genders."

What it really comes down to is what was meant by the comment.

Did Helena mean to say something offensive to trans and genderfluid people, or was it taken out of context? Either way, it wasn't a smart thing to let slip on the internet.

And some Redditors weren't having it, anyway.

Many thought there was more to the story that Helena was letting on, and saw her defence as a little bit flimsy.

Others wanted proof of what actually went down.

One user wrote, "Unless she screenshots the ban reason I ain't believing that." Another added, "There is no way this was Helena’s ban reason."

It's safe to say people are confused.

There are other famous Twitch streamers who have reportedly expressed similar (and in some cases, more deliberately offensive) views, who remain allowed on the platform.

Although some pointed out that this wasn't Helena's first offence.

No one seems quite sure whether Twitch operates a strict "three strikes and you're out" rule, or whether each incident is taken contextually. Either way, it seems Helena has crossed a line.

The abruptness of her ban alongside the contextual ambiguity of her comment have led some to believe that there's actually another reason she's been kicked off the platform, which for some reason she isn't sharing.

In wake of the suspicion, Helena shared screenshots of her emails online.

In them, Helena seems quite desperate, writing, "I am nearing a mental breakdown. I want to talk to someone, I'm a human being."

Some found her email responses the be quite suspect, and further denigrating to her story. Other say it's obvious she was "panicking" and "would have apologized for literally anything."

We're eagerly waiting to see if Twitch makes an official statement on the matter. Until then, it's really just a judgement call as to whether to believe Helena or not.

As she's now locked out of her Twitch account, Helena has taken to other forms of social media.

She posted this emotional message on Twitter, imploring anyone who can to offer her help in resurrecting her channel and following. After all, for Helena, this is more than a hobby - it's her whole career.

She also reposted this, with the source name blanked out.

In it, she essentially doubles down on her initial statement about there only being two genders, but tries to explain that that wasn't supposed to be an offensive or problematic opinion.

Some believe Twitch have been extra strict to make an example out of Helena.

As the newer platform becomes more mainstream, it's likely Twitch are thinking of ways to shed some of the more problematic aspects of their history and reputation. Could this be a skilled PR move by the platform?

Some spoke out in support of Helena.

There is an argument to be made for free speech online - but ultimately, it's down to a platform to make their own rules, and Helena clearly broke them.

Others were less sympathetic.

@Slasher Agree. HelenaLive has about 4+ years of bad conduct and previous suspensions. Her time was coming. bye felicia
— Shannon (@Shannon)1549481245.0

They pointed out that this was not the isolated incident it had been made out to be, and more representative of Helena as a person.

In her (lengthy) caption she recalls what initially drew her to creating her Twitch account, reminisces on all it has done for her, and thanks her viewers for allowing her to make her dreams come true.

But you don't have to miss her too much!

Helena has started up a YouTube channel where she'll continue to live stream her video gaming exploits. Let's just hope she's learned something from all this.