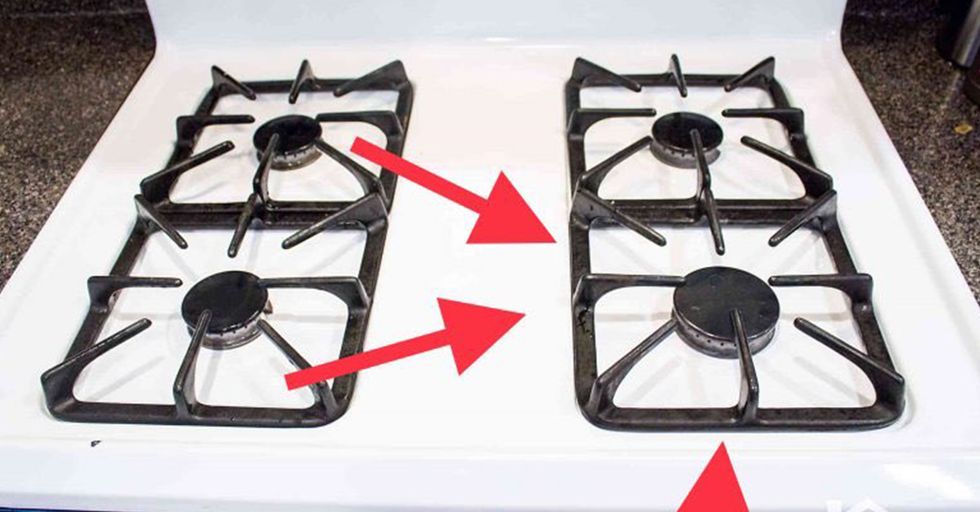 This Twitter Debate About Stovetop Burners Will Make You Rethink Everything

There are some things we just don't talk about. Not because it's offensive or inappropriate, necessarily; some topics simply never come up in everyday conversation! Like the light bulbs, you use in your house. When's the last time you had a discussion about light bulbs?

The last time you saw a cool tree, did you tell anyone about it? I'm guessing probably not. Do you see what I mean? There are plenty of things that happen to us on a somewhat regular basis but simply don't make the conversations-with-others cut.

One of those things is the stovetop. Whether you have a gas, electric, or induction range, it's probably not something that you've had many conversations about. But thanks to a recent Twitter thread, that may be about to change. Get ready to have a lot of opinions about your stovetop!

It's a basic thing you probably use every day.

Boiling water for tea or pasta. Popping popcorn! Cooking dinner. It's there for you all the time, and yet, have you ever really talked about it?

Twitter user @donfrijole pointed out something that instantly resonated with tons of people:

One of the weirder things about being an adult is having a favorite stovetop burner, yet nobody talks about it. https://t.co/M6QWXJ9coy
— Andrew Armstrong (@Andrew Armstrong)1543350768.0

Everyone has a favorite burner on their stove. And nobody ever talks about it.

Yes! You're right! That is so true!

I have to admit even I was sort of taken aback.

I do have a favorite burner! Everyone does, apparently!

Although sometimes it depends.

This makes sense. On my stove, each burner has a fun name like "Power Burner" and "Quick Boil," so it's fun to try and maximize efficiency. Did I say it was fun? I guess I really am an adult.

Phil here has pretty strict rules for his stove.

@mjanssen @donfrijole I have strict rules about the ratio of pot/pan size to burner size. Nothing in the kitchen ti… https://t.co/X8fB24BcnF
— Phil Anderson (@Phil Anderson)1544740459.0

It's all about that ratio, friends. You wouldn't want a giant pot on an itty-bitty burner, after all.

The back burners have their own specific uses.

Rice is the perfect thing to put on the back burner! Anything that you don't have to actively stir makes the most sense.

The bottom right burner is also usually the biggest!

And bigger is better. Unless you have a tiny pot, as previously discussed.

A new stove can really throw you for a loop.

@arisacox @donfrijole @CattyJargon Same, but when I moved apartments and the biggest burner was on the other side i… https://t.co/YV8oXoQD1y
— Samantha (@Samantha)1544582029.0

You get used to doing things a certain way, dang it! What are you supposed to? Switch up your entire cooking routine?!

Jesse here is just a bit of a contrarian.

What did the stove ever do to you, Jesse? Why the hatred?

For me, it's the back right burner. Worst burner ever.

The left rear is home to the teapot.

@KerryTucker7 @donfrijole @wesleysmorgan Left rear is where the teapot is parked when not in use
— Mike Puterbaugh (@Mike Puterbaugh)1544824923.0

I also put my cast iron skillet back there whenever I'm using the oven! But I don't boil the water in the teapot back there. That's what the "Quick Boil" burner is for!

This person pointed out that somehow, we must all be living together.

There's basically no other explanation for why we all favor the same burner on the stove. That also explains why that one is always messier than the others. You all are not cleaning up after yourselves!

This is another good point.

Hey, as long as it heats up your food, it's a good burner. Even if it is inconveniently located.

This person really took things to the next level.

@donfrijole yeah, but do you have a favorite burner grate-thingy? mine all have a bit of personality and preference… https://t.co/R1rJwdhQoh
— andrew (@andrew)1544823156.0

I do not have a favorite burner grate! Although that might be because the ones on my stovetop are not interchangeable.

And this person apparently just wanted to rain on everyone's parade.

Hey man, just let people get excited about bonding with others over their stovetop preferences! Let people enjoy things!

Suddenly, someone tried to start a fight.

Oooh, bottom left, you say? I hadn't even considered that.

However, it seems their search for a fight was in vain.

Plenty of people prefer the front left, as it turns out!

This person differentiates based on whether they're using a pot or a pan.

I suppose this makes a certain kind of sense, although I can't exactly explain why. Do you feel the same way?

And, of course, being left-handed changes everything.

According to a bunch of Twitter users in the thread, the burner on the left side is easier for left-handed folks to use. Who knew?

This person is speaking my language.

We should talk about our stovetops more often! There are plenty of opportunities to talk about non-stovetop things. We need more stove-centric convos in this world.

Here's another interesting addition to the discussion:

If you've got kids around, you probably want to take extra safety precautions. This is a good thing to keep in mind.

This person is clearly the best cook:

That's right. If you're not using all four burners, you're barely even cooking. Bonus points if you are also using the oven. And the microwave. And an actual fire.

@Madsp4 introduced the concept of a whole stovetop burner economy:

I actually have one gigantic ovular burner in the center of my stovetop that I have literally never used. I'm willing to trade it for two more Power Burners!

And this person ranks every burner in sight:

I feel a little bad for the fourth favorite burner! I hope that little guy still gets to cook something every once in a while.

I can't tell if this person is messing with me:

@donfrijole In Australia, it would be the back left (going counterclockwise)
— Seth Stewart (@Seth Stewart)1544732018.0

Any Australians reading this, can you please chime in in the comment section? Now I need to know.

Here's another Aussie who seems to confirm the theory.

I'm just wondering how they use their stoves at all when they live their entire lives upside-down. Wouldn't all the food fall to the kitchen ceiling?

And now for some good advice from a mom.

Based on the number of times I have nearly knocked a pot over, maybe I should consider heeding this advice. I probably will not, though. I love my favorite burner too much to abandon it!

Do you agree with this?

I certainly have two burners that I use more often than the others. And it's true that only one is acceptable for cooking rice.

Ultimately, it all comes down to trying to be fair.

You don't want your other burners to know you have a favorite, but you totally do. Share this with someone who always has very strong opinions. And don't forget to tell us about your own favorite burner in the comments!