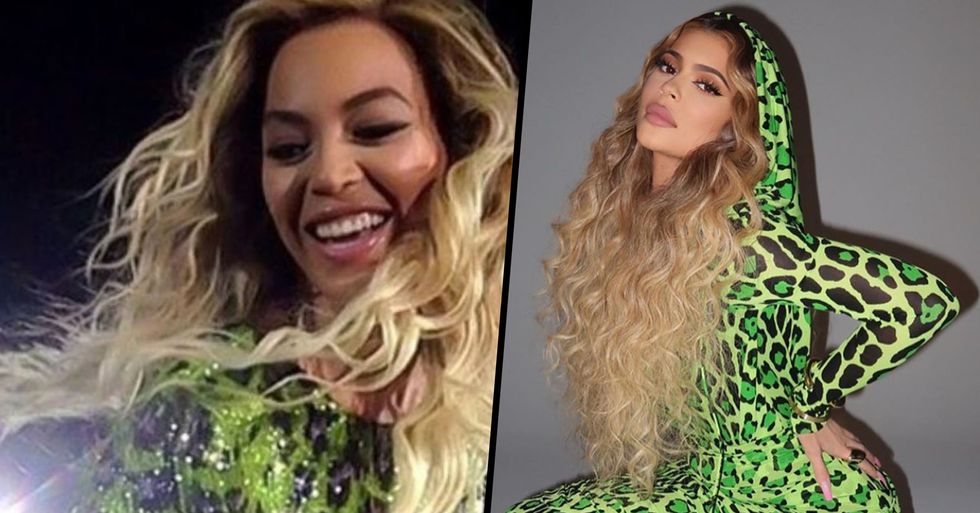 Although her most recent look has now had fans angrily comparing her to Beyonce... I don't think she could see this one coming.

Keep scrolling to see the photographs that has everyone talking...

When it comes to her hair, Kylie is no stranger to experimentation - usually opting for bold colors and styles often achieved through the use of extensions or wigs. But her latest change-up may be her most talked-about yet and not for the right reasons. Keep scrolling to take a look for yourself.

But the star has taken things to a whole new level with her latest style mishap...

After posting a series of photographs on Thursday, she was subjected to hate, yet again.

Many accused her of ripping off Beyonce's iconic look without giving credit.

Beyonce has got an iconic look.

It involves beautifully styled ombrè curls and a natural yet bold makeup look and it seems as if Kylie has taken a real fancy to it. Keep scrolling all the way down to the outfit.

But one would presume their fans would be happy about the unexpected crossover...

But that doesn't seem to be the case.

They really weren't happy at all...

This Twitter user described the entire thing as "a tragedy."

Some people went as far as to criticize particular aspects of Kylie.

A comment under the previous tweet read "A damn shame" when referring to both these womens' bodies.

This tweet got over 3 thousand likes, with others dropping more Beyonce pictures underneath Kylie's in order to prove their point.

Look at this. It screams Beyonce.

And Kylie loved the look so much that she posted another few shots...

But that also attracted negative attention.

This is one of the comparison pictures in question.

And you have to say, there is an uncanny resemblance between this photo and Kylie's.

And this user also dropped this photograph:

Money can bring you happiness, I guess... Especially if it makes you look like Beyonce.

Someone else went in close.

The hair, the makeup, the pose. I don't know about you but it all screams Queen B to me.

Someone else spilled some well-informed tea.

Keep out of it, Kylie!

And one for the road.

I bet Kylie wasn't expecting all this drama from a photoshoot.

In other news, Beyonce has been surprising Reese Witherspoon recently...

And it's pretty goddamn cute! Keep scrolling to see what gifts she sent to her friend...