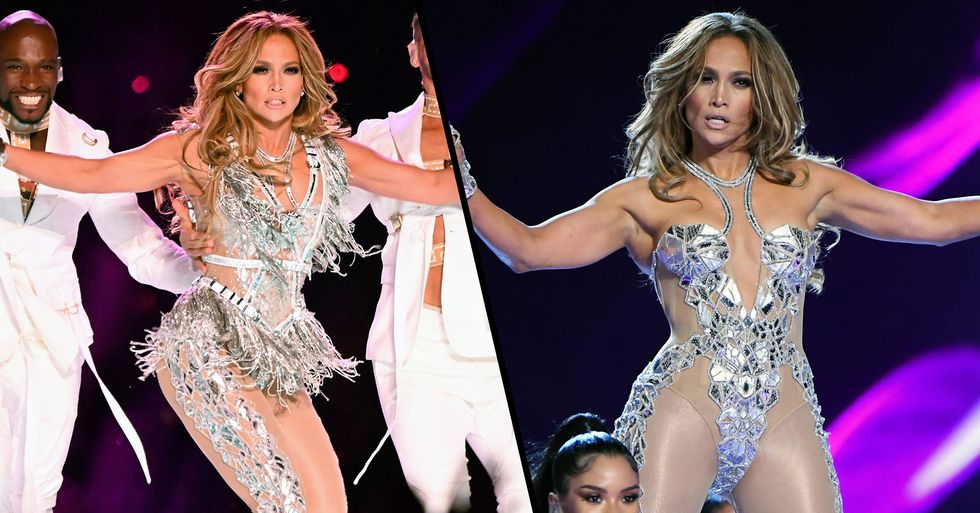 But we all know that the Super Bowl is as much as about the music as it is football. And tonight's long-awaited half-time show performance has got everyone talking.

The reason? People cannot get over J-Lo's age - and Twitter made one particularly hilarious point about the star.

Brands will put millions of dollars into the celebrity-studded ads.

Today, the world tunes in to watch the highly-anticipated Super Bowl LIV.

The day is even more special for Shakira, however.

Anticipation was sky high and it seems everyone has been saying the same thing about the pair's long-awaited performance.

The ages of these 2 performers.

Who else is feeling a little bit bad about themselves today?

Our beach bodies are not in a similar state.

Not only is J-Lo half a decade old...

Because even those who aren't fifty...

Are absolutely feeling the comparison.

Others are just plain shocked.

Some had pretty drastic reactions.

But hey - at least it's good to have a goal, right?

But nothing wrong with reaching for the stars, right?

And hey, look on the bright side.

At least this proves there's no age limit on success!

Because these 2 aren't just sexy.

They're also unbelievably strong - unlike some people we could mention ...

Some were quick to criticize the skimpy outfits.

all of the local middle aged women on my Facebook are bitching saying that Shakira and JLo need to put some clothes… https://t.co/PvA0nZ3Arb
— mr. keisha (@mr. keisha)1580698608.0

But others defended their choices. Hey, if you've got it ...

Maybe true beauty does come from within, after all!

These women are true athletes.

In fact, this is more our speed.

But hey, it's never too late, right?

J-Lo gives us something to look forward to.

Being 50 is suddenly very aspirational.

And let's not forget one thing.

J-Lo and Shakira deserve as much praise for their athleticism as any other player last night! Fancy more Super Bowl content? Scroll on for the commercial that got the whole internet talking.