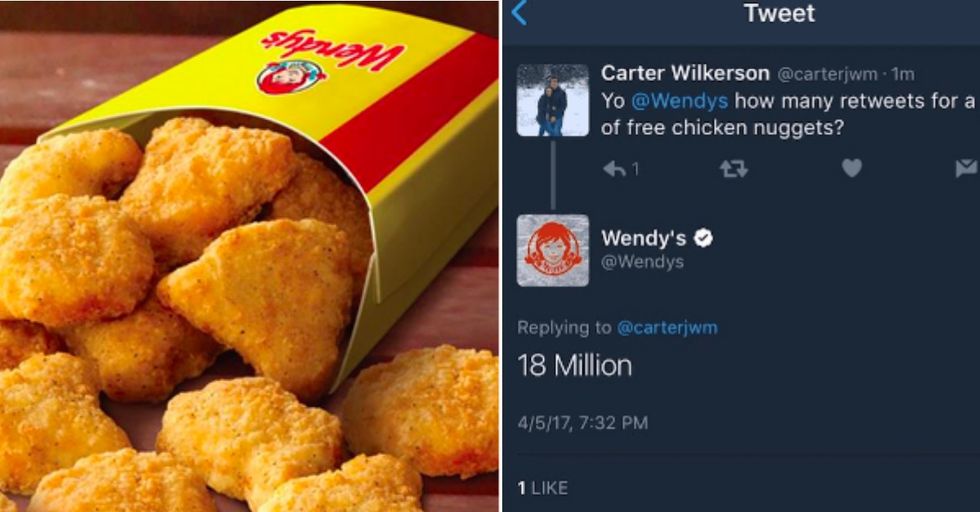 Reno resident Carter Wilkerson really likes chicken nuggets, and decided to ask Wendy's on Twitter how many retweets he needed in order to get a year FILLED with free nuggets.

Carter then tweeted out a screen shot of his interaction with Wendy's and pleaded with Twitter to help him win his chicken nuggets.

He's doing okay, but still a LONG way from 18 million, so he decided to negotiate.

They didn't budge, but they admitted they're quite impressed.

People are pulling for the dude.

Currently, the most retweeted tweet of all time is Ellen DeGeneres' Oscar selfie, with a cool 3.2 million, so it's almost certain Wilkerson will never even come close to 18 million, but he looks to break at least one million soon.

Will he prevail? Most likely not, and his heart and arteries are better for it, but if you want to join the cause, go retweet. In his words, "A MAN NEEDS HIS NUGGS."