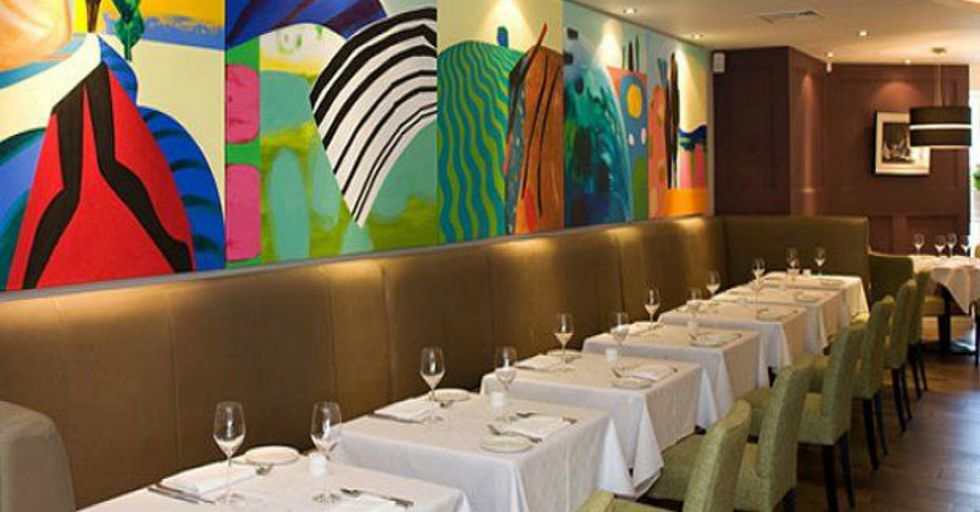 Reviews are still the lifeblood of the restaurant industry, but in the digital age, it seems everyone with an internet connection thinks their opinion matters. Now, one blogger has gone so far as to demand a free vegan meal from Campagne, an award-winning, Michelin-star restaurant in Ireland.

The blogger insultingly assured the restaurant they would be compensated with generous "social media exposure." Incredulous, the restaurant not only ignored them, but posted the email on Twitter for all to see and be outraged by.

Campagne is regarded as one of the best restaurants in Ireland.

It was opened by chef Gareth Byrne in 2008, and began receiving Michelin stars in 2014. The Michelin guide referred to it as a place where "Modern cooking has a classic base" and commended the staff for their "friendly, efficient service." Clearly, dining here is meant to be quite the treat.

So they aren't inclined to give away the meals they clearly make so well, for free.

But that didn't stop this vegan blogger from demanding exactly that. In the above email, they request several dishes in exchange for only "exposure" on their blogs and social media accounts. Even generously noting that "In many cases, we will also write a full separate review for your establishment." (Gee, thanks.)

The restaurant declined the offer.

Quite publicly as well, much to the delight of their many fans. Even though many were concerned the restaurant could be missing out on invaluable "exposure". Hey, they only have one Michelin star after all.

Good thing too, since it seems they didn't even read that far.

They probably knew from experience that a sentence that began with "In exchange for a vegan meal for two, we would be happy to provide" wasn't going to end with "money." Probably because people who are going to pay with money don't bother emailing the restaurant to tell them. That's just how restaurant work.

Vegans were quick to note this level of entitlement wasn't typical.

Giving up animal products does not, in fact, make you averse to paying for meals. Though they acknowledged that maybe with the rise of online reviews, this was a hopelessly outdated concept. But that wasn't all...

Campagne was quick to note the issue wasn't their dietary restrictions.

While the restaurant is far from vegan itself, it's definitely not beyond their capability to tailor to guests needs. In fact, being able to do just that is part of what made them such a lauded establishment.

Plenty of people were eager to pick on the vegans.

They do make an easy target for some. We're guessing due to the misguided notion that vegans lack the protein to kick anyone's butt. (These people have unfortunately not heard of Mac Danzig.)

It was the sheer amount of work the blogger expected them to do for free.

Clearly not having a firm grasp or sense of respect for the amount of work the chef puts into each dish. It's not something he can probably do for free for just anyone with a blog, while still paying his mortgage. Honestly, even professional reviewers pay their bill (and usually don't announce their presence.)

Plenty of others could relate to the restaurant's position.

Noting it wasn't at all unique to the restaurant industry, for people to expect something for nothing. In fact, lots of hard working creatives are pretty regularly hit up for work in exchange for "exposure."

Unfortunately, as many people struggling to pay the bills know, exposure doesn't pay your rent.

Of course, while a relatively unknown entity might benefit from a little bit of PR. It isn't "free" PR when you're investing time and resources into getting it. It's actually just advertising you're paying for, with less control over the results. Who would have the nerve to demand something like this from a well established eatery? And Twitter is outraged on their behalf...

In the grand tradition of all things internet, the Twitter-verse was hungry for a name. Their pitchforks and torches at the ready, and hopefully also some fire extinguishers, since torches are kind of dangerous.

In a classy act move worthy of their Michelin star, the restaurant didn't snitch on the potential grifter, instead deciding to just keep the focus on the ridiculousness of their email, and maybe hoping quietly that they got the message loud and clear.