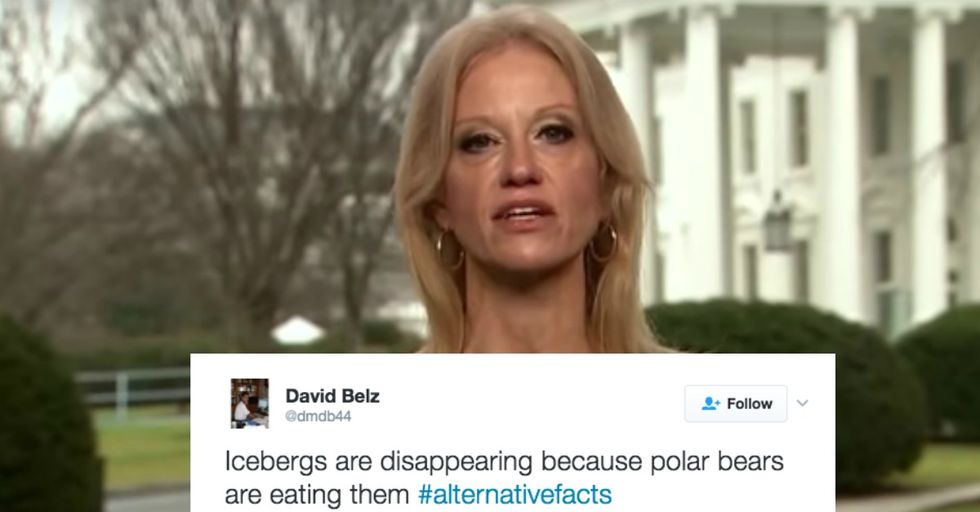 Another day, another political gaffe that's lighting up Twitter and causing it to lose its damned mind.

Buckle up, because you won't believe this one.

This Sunday, on an episode of Meet the Press, Conway did her best to spin Sean Spicer's incorrect assertion that more people watched Trump's inauguration than any other inauguration, saying that it wasn't a lie, but an "alternative fact." Yep. Let that sink in.

Thankfully the Internet is seriously clapping back to this outright insanity, and Twitter jumped right in.