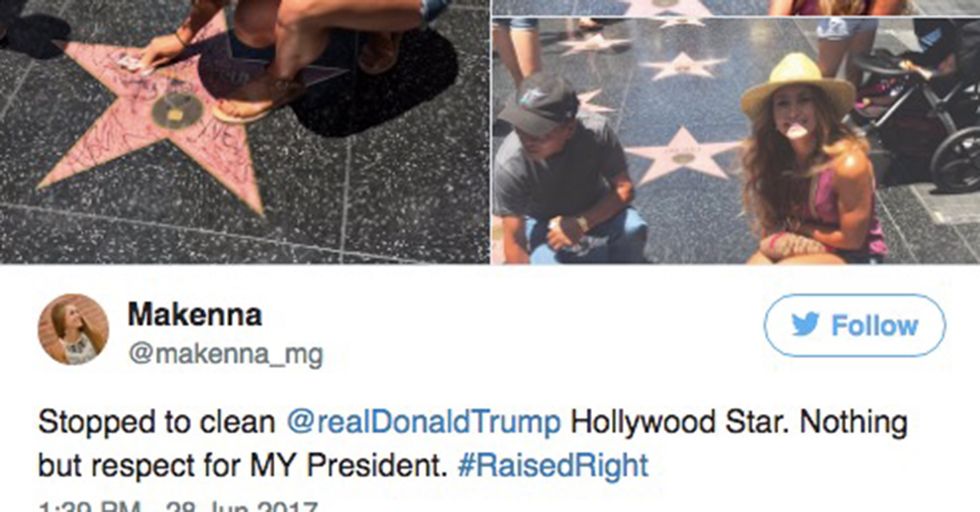 During the course of his contentious presidency, Donald Trump has found his star on the Hollywood Walk of Fame vandalized and used as a rallying point for anti-Trump sentiment.

In the face of the vandalism, one woman took the time to clean off his star with a message for those who deface it.

Naturally, Twitter turned a meme out of the thing in short order.

This led many people, motivated by politics or just a goofy gag, to get in on the fun with similar, but different photos reenacting the one shared above on Twitter.

They got absurd in a hurry!

Princess Leia's not a bad choice!

But she's got priors!

"I'm pleased to report that well-drownings are WAY down."

Shortsighted, to say the least!

We all have our own ways of paying respect to others.

Ahh! Do you know how filthy Hollywood Blvd. is?

The bar has been raised...bigly.

Respect the office of Emperor, if not the man.