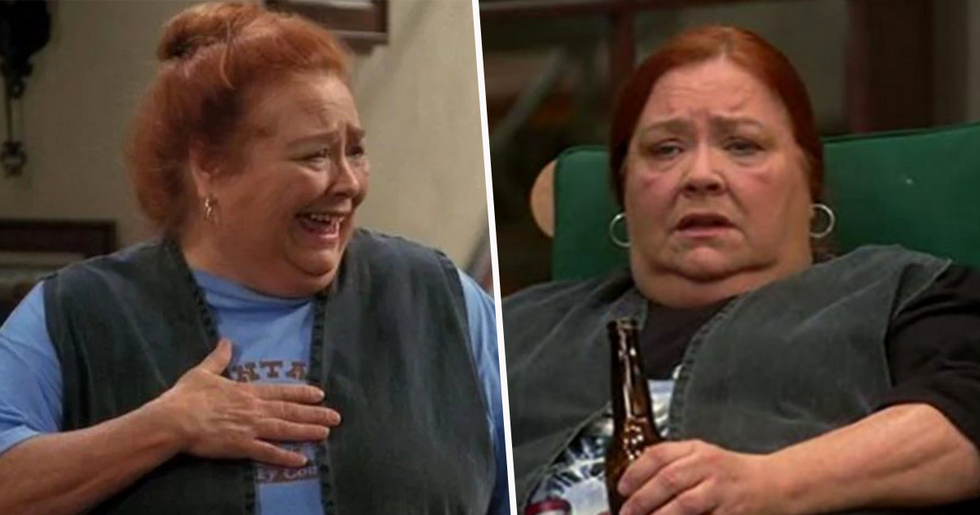 Conchata Ferrell, who is best known for starring in Two and a Half Men, is currently in intensive care fighting for her life.

Keep on reading to get more details...

The sad news has just come in that Conchata Ferrel is fighting for her life in intensive care...

And the future is looking scarily uncertain for the seventy-seven-year-old actress.

We all know where we recognize Ferrel from.

The actress, who is originally from West Virginia, rose to fame through her role in Two and a Half Men.

The classic sitcom first aired in 2003 and it ran for twelve seasons until 2015 - all of which Ferrell starred in.

She played the role of Berta the housekeeper...

And she was there throughout it all.

She was even there during the drama with Charlie Sheen...

And she ultimately was present to welcome his replacement, Ashton Kutcher, after Sheen was fired from the show in season 8.

Two and a Half Men remains to be one of the most popular sitcoms of all time...

And Ferrell provided so many laughs throughout the years.

The actress received 2 Primetime Emmy Award nominations for her role as Berta...

And these came in addition to an earlier nomination for Outstanding Supporting Actress in a Drama Series for her performance in L.A. Law.

Ferrell has always stood firmly as a supporting actress...

And before her venture in Two and a Half Men, she performed in movies such as Edward Scissorhands, Erin Brockovich, Crime and Punishment in Suburbia, Mr. Deeds, and K-PAX.

She had her first film voice role as Bob's Mom in Frankenweenie which was directed by Tim Burton.

Ferrell has been married to Arnie Anderson since 1986...

And the couple shares a daughter together, as well as Ferrell having 2 step-daughters.

She has been living a peaceful life in the last few years...

But recently, tragedy has struck.

The news has come in that Ferrell was rushed to hospital back in May.

She was reportedly battling an infection for several months since January - which wasn't COVID related - and things took a turn for the worst more recently.

Ferrell went into cardiac arrest shortly after beating the infection...

And according to her husband, she spent 4 weeks in ICU and she is now in a respiratory center on a respirator and dialysis.

Ferrell isn't able to receive any visitors due to the COVID crisis.

This must be an unbelievably hard time for the family...

And right now, there's no telling whether the actress will pull through or not.

It's going to be a waiting game...

"It’s going to be a while before there’s any recovery. It’s all neurological. There’s nothing we can do to speed it up the process. We are hoping for the best."

Messages of support have been flooding in for the actress.

With many passing on well wishes.

Fans have been expressing just how much they love her character on the show.

She's obviously touched the lives of many.

And fans are sending their thoughts to her family.

For many, she is actually the reason they watch the show.

But now we can only hope for the best out of this worrying situation.

Her future is unclear...

And Arnie added: "It's going to be a while before there's any recovery. It's all neurological. There's nothing we can do to speed it up the process. We are hoping for the best."

We wish Conchata a speedy recovery.

Keep on reading to learn about the time Queen guitarist Brian May was rushed to hospital after suffering a heart attack...