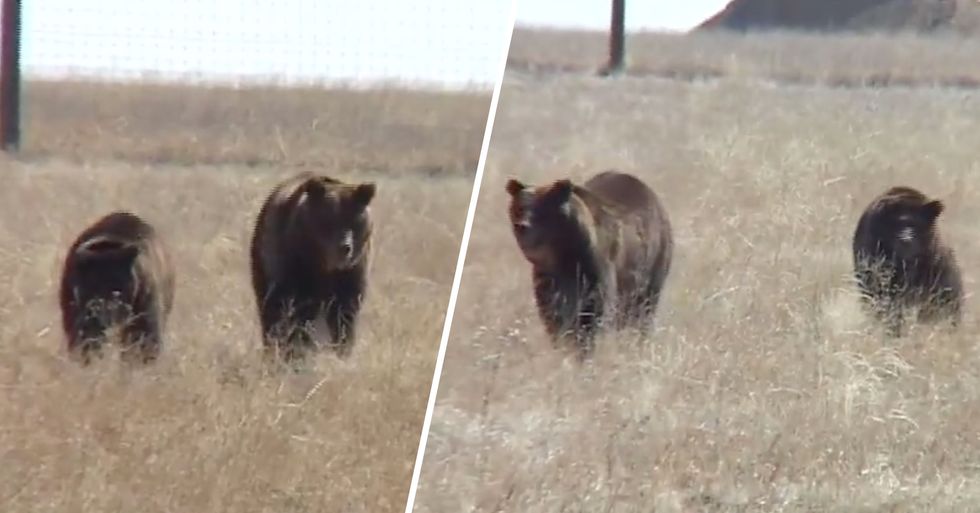 Animal cruelty is unacceptable and there is never an excuse to cause harm to an innocent animal.

But sadly, there are people in our world who find amusement from being cruel to animals and it is truly sickening.

More and more circuses are being banned from using performing animals, but some circuses still maintain this terrible practice.

But make sure to keep scrolling to see 2 circus bears who taste freedom for the first time in seventeen years...

Disclaimer: This article contains content that some readers may find upsetting.

But often, it isn't as simple as this...

And cruelty can be inflicted on not only domestic animals, but also on wild animals.

One of the biggest problems with the cruelty of wild animals is the entertainment industry.

Circuses traditionally used wild animals as performance props, and it was realized a few years ago that this treatment is not okay.

These poor, unwilling animals spend their lives in fear...

They are forced to perform tricks and they live in inhumane conditions, causing a lot of fear and stress.

Despite an animal's constant distress and pain...

The companies behind these circuses care about nothing but the profits, so sadly, many circus animals will eventually die in these makeshift prison cells.

Even though many circuses now ban the use of wild animals...

There are still companies around the world who continue to use wild animals against their will.

Bears are a popular animal to be used for entertainment...

And it's no secret that they are treated appallingly during their sad lives in the circus.

These poor bears will spend their lives in cages...

And according to PETA, they are forced to constantly stand on their back 2 paws - which is physically painful for these creatures who are used to using all 4 paws.

This constant pain and stress causes a lot of mental strain...

And many bears end up completely losing their minds from constant performing and abuse.

It is truly heartbreaking...

And it is beyond us how anybody in the world can justify the abuse of these innocent animals who belong in the wild.

But a video has gone viral recently...

And it amazingly restores our faith in humanity.

The video was posted by The Wild Animal Sanctuary...

This sanctuary is based in Colorado and it stretches for over 10,ooo acres to allow rescued animals to rehabilitate and ease themselves back into the wild.

The sanctuary recently rescued 2 bears from a Russian circus...

They have been named Gaika and Masha, and the poor animals spent over seventeen years at the circus.

Gaika and Masha are seen venturing out into the open space close together...

And you can just sense how peaceful the 2 bears feel from watching them roam together.

This is their first taste of freedom in seventeen years...

And it is truly heartwarming to know that the 2 bears will spend the rest of their lives together living in peace and harmony.

Keep scrolling to learn about the circus that uses holograms of animals instead of live animals in their performances...