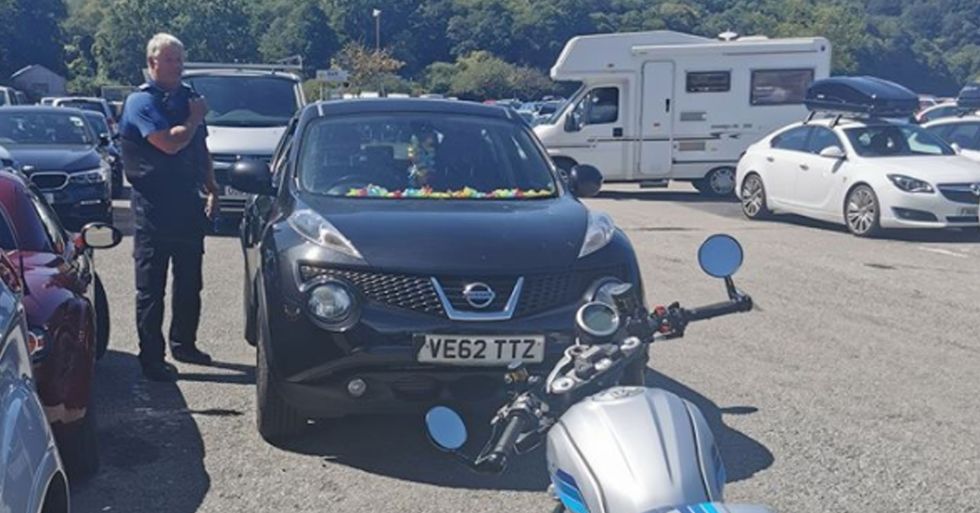 It wouldn't be nice to sit in a hot car for two hours with no windows down, would it?

Nope not nice for anyone, even dogs.

So just imagine how a dog would feel being trapped inside one for a prolonged period of time. It's completely unthinkable.

Two dogs recently had to be rescued after being left inside a car.

Police were even called out to the incident.

According to Cornwall Live residents alerted authorities after seeing the two dogs in the car park.

Pictures were shared on social media stating that the dogs hadn't been checked on for at least two hours.

Which may not seem like a long time- but it is in the heat.

A stupid mistake to make, especially as temperatures in the UK have been higher than usual recently.

Did you know a car can reach temperatures twice as high as the ones outdoors?

Kieran McCrash McLelland said that the police were already on scene when he saw the two dogs trapped.

He believed that a window had to be smashed into to rescue the dogs.

His post on Facebook had many angry responses, with some saying that they would have smashed the window open themselves.

One user wrote "Take photos, report to police then Smash windows !!!! You won’t b in any trouble then."

It was reported that the dogs were found to be very hot, but not in a life-threatening condition.

Devon and Cornwall's police shared a statement in response to the incident. Reported by Pirate FM, "Police were called at 1.45pm on Saturday 8th August with a report of concern for two small dogs which had been left in a car parked at Millpool car park, Looe."

"The windows were reportedly open about 1.5", there was no water in the vehicle, and the dogs were panting and yelping."

"Police officers recognized the animals as being in distress and requested the assistance of a fire crew who were able to force entry via a window and rescue the dogs.

"Officers took the dogs to a local vet for assessment with one found to be particularly hot, but not life-threateningly so."

"The dogs were returned to the owner, a 21-year-old man from Swansea, and strong words of advice were given by officers and the vet."

Let's hope that these owners learn their lesson and don't do it again!

And keep scrolling to read about the unbelievable man who put his dog on the roof of his car because "there wasn't any room inside"...