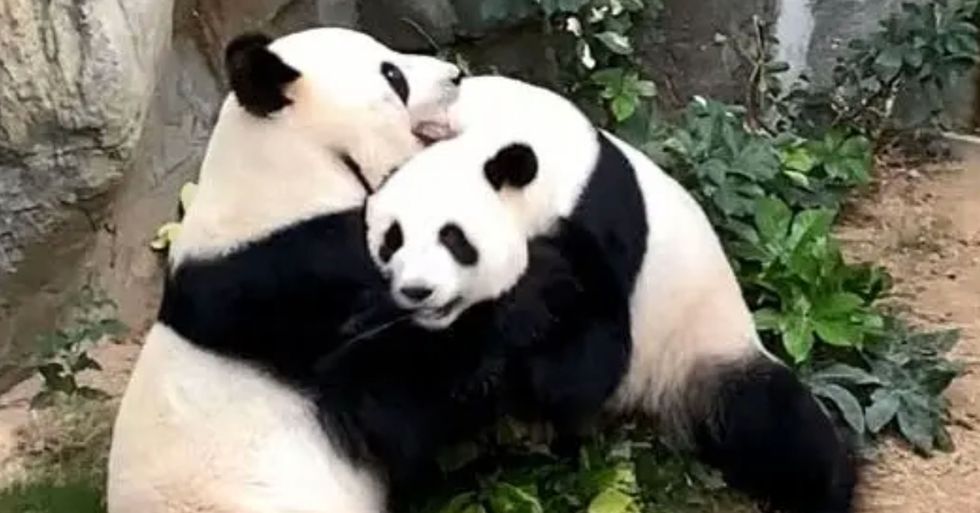 After 10 years of trying to consummate their love for one another, a pair of pandas have finally sealed the deal, and it seems that the quarantine lockdown was all that they needed.

Keep scrolling for the full story, and to see the photos from their "romantic" moment...

The global pandemic continues to hold the world in lockdown.

Since December 2019, the outbreak of the deadly virus has brought our world to a complete standstill.

The world is practicing self-isolation...

And after it was confirmed that the virus had originated from the sale and consumption of wild animals, thoughts quickly turned towards our own furry friends.

Some of these virus strains are common in certain types of animals...

Back in February, reports came in that out of panic of catching the virus, owners in China threw their pets from rooftops.

It was earlier assumed by experts that there has been no evidence at all to suggest that any animals, including pets, livestock, or wildlife, might be a source of infection.

And, as a result of this, our zoos have also taken a major hit.

Thanks to the lockdown regulations, zoos have now been left completely deserted, meaning that many keepers are having to spend their quarantine with the animals.

Because, despite the absence of guests...

And some of the news coming from our zoos haven't been great.

It turns out the pandemic has rocked our animals' worlds too, and shocking news came in this week about one of the residents at the Bronx Zoo in New York City.

A tiger housed at the Bronx Zoo has tested positive for the virus.

We're all doomed if a tiger can get it. This news comes weeks after the USDA's Animal and Plant Health Inspection Service released information stressing that animals cannot pass the virus onto humans.

It is currently unknown if the tiger, named Nadia, was displaying any of the typical symptoms, which include a fever and a cough...

The diagnosis was confirmed by the USDA's National Veterinary Services Lab, and they confirmed that other animals of theirs that have shown symptoms of late, including 3 other tigers and 4 lions, which have developed a dry cough.

The organization said that they feel confident that the big cats will go on to make a full recovery.

And, in more uplifting news...

A zoo in Hong Kong have some very exciting, if a little X-Rated, news about some of their pandas.

Because, a zoo in Hong Kong has confirmed that a pair of their pandas have finally mated after 10 years of being together.

Took them long enough, didn't it?

It's a pandemic miracle.

Staff at the Ocean Park theme park and zoo announced that their female, Ying Ying and male, Le Le, both aged fourteen, finally sealed the deal around after showing signs that they had entered their mating cycle in late March.

So this news has been welcomed with open arms. "Since Ying Ying and Le Le’s arrival in Hong Kong in 2007 and attempts at natural mating since 2010, they, unfortunately, have yet to succeed until this year upon years of trial and learning," explained Michael Boos, executive director of zoological operation and conservation. "The successful natural mating process today is extremely exciting for all of us, as the chance of pregnancy via natural mating is higher than by artificial insemination."

Understandably, news of the panda mating has spread quickly on social media.

Congratulations to the happy couple. For more on the world of pandas, keep scrolling to read about the zoo that will pay you to cuddle the furry creatures...