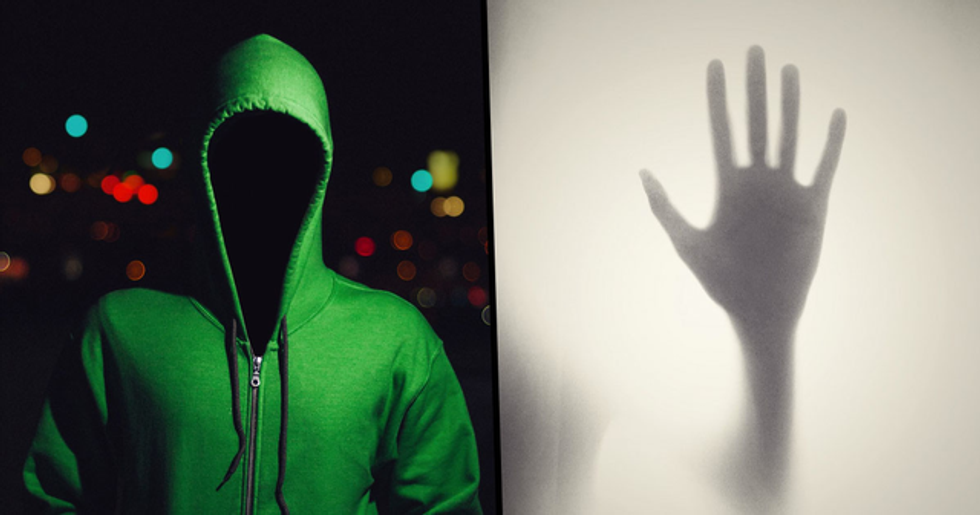 These Two-Sentence Horror Stories Are Terrifying

There's something about getting creeped out that just makes us feel alive. Think about it - why else would there be a huge horror movie industry dedicated to giving us all the heebie-jeebies?

One genius Reddit thread is giving us all the fear of a full-length horror movie in just two sentences. And some of the stories that have been shared are absolutely heart-stopping; they're also oddly addictive! We've created an edit of some of the scariest - but you have been warned, these aren't for the easily creeped out!

There's something about the horror genre that really captures our attention.

In a world wherein we tend to try to avoid negative emotions, it's odd that, sometimes, we want to run towards things that make us feel scared.

There are certain tropes that can universally terrify.

For some reason, across our collective consciousness, there are some consistent things that seem to touch a nerve across the board - like a creepy clown, for example.

In fact, there's a whole sphere within the movie industry dedicated to it.

Some horror films are incredibly well regarded and are seen as an important part of the Hollywood canon. Being scared is culturally relevant!

Some fears are kind of based in reality.

For example, being scared of an actual murderer has some level of evolutionary helpfulness - reminding us of the importance of staying out of danger as much as we can.

Why do we love to freak ourselves out just to stay up all night worrying? Who can possibly say? But the fact is that we do.

Perhaps being scared reminds us that we're alive.

And, of course, the internet is always a valuable source of scares.

One particular Reddit thread cultivates scariness and it's been getting a lot of online attention this week. But these are horror stories with a difference.

The thread asks Redditors to share their scary stories.

But instead of just being scary, these stories have another particular constraint. Each of the tales shared in the thread have to be just two sentences long.

You may suspect that it's difficult for a story to scare in just two sentences.

But many of the tales shared in this Reddit thread are particularly fear-inducing. And the fact that they're told in so few words makes them all the more impressive.

Before we get going...

If you're easily terrified or have a sensitivity to spooky stories, this piece is absolutely chock full of them. You have been warned.

This one gives us chills.

It taps into one of our most commonly held fears about what happens to us after we die.

Many of them play into these ideas.

Playing on fears that we share as a culture tends to be a good way of creating a horrifying story in just a few words.

Many of them rely on a twist.

Subverting expectations and changing what readers think the story is about tends to be an excellent way to freak a someone out.

Death seems to be a pretty universal theme.

Going for a story about life after death - whether that's ghosts, spirits, or monsters - seems to be a great way to scare in just a few words.

Being buried alive is another source of extreme fear.

The idea that you may end up trapped in a coffin without actually having passed on seems to be a pretty universal fear.

Some of the stories are surprisingly simple.

Take this one, for example, which takes a tiny event that becomes more and more scary the more that you think about it.

Some of the stories are more horror-movie-esque.

Really, it's hard to imagine that a story based around the body of a stillborn baby wouldn't freak everyone out.

This starts more like a relatable tale of annoyance.

But the final clause of the second sentence subverts expectations and flips the whole thing onto its head.

Others have a more surreal slant.

This one, in particular, makes you want to find out more about what's actually going on here!

Whereas others are based firmly in reality.

While this is hardly a common incident, it is a fear that every parent would recognize - and one that's not paranormal in nature.

Some of the stories are paranormal in nature, though.

Because this story was based on recognizable day to day circumstances, the paranormal twist became all the more shocking.

Others are more subtle.

This one plays on our more common fears about not quite being as alone as we would like to believe that we are.

Who hasn't heard something go bump in the night?

In spite of the fact that there's always (or at least, usually) a reasonable explanation, hearing an unusual noise that you can't figure out the origin of is undeniably creepy.

Whereas others are more viscerally horrific.

The premonition of being murdered in your own bed is bad enough - but what if that very same murder happened just one minute later?

The idea that that's more out there than we know or understand is enough to give anyone nightmares.

This is another one that relies on a big twist.

This one starts in what seems like a happy, positive, heartwarming note - and then completely pulls the rug out from under your feet.

This story is similar.

Starting with something that we typically think of as cute, like a pet or baby, before twisting the story into something more bone-chilling, is a clever skill.

This story employs the same tactic.

What sounds like a normal (or even potentially pleasant) instance can quickly turn into something far, far darker in a single sentence.

The shock of finding out things aren't as they seem can be enough to induce a lot of fear.

But the additional factor of a murdered spouse obviously takes things to the next level here.

So it seems like we all have some pretty similar fears.

We hate the idea of the unknown, or of intruders or uninvited guests. Oh and, of course, loved ones being killed - but that's pretty much to be expected, right? Well, we're going to have nightmares tonight - how about you?
20%

$23.95 $19.16
Buy Now
See More Deals
We hope you find these deals as awesome as we do! Just an FYI: we may receive a share of sales from links on this page