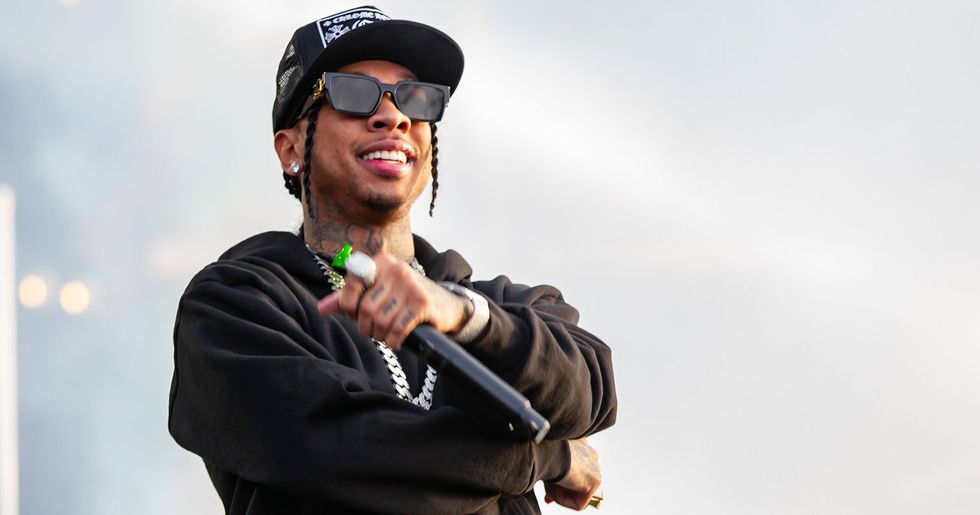 Kylie Jenner and Travis Scott have inevitably had a very public relationship. Given Jenner is part of one of the most famous families in the world and owns her own beauty empire alongside Scott's booming rap career - it's hardly surprising that every part of their relationship was scrutinized within an inch of its life.

Since their split this summer, rumors have abounded about Kylie potentially heading back to her ex, Tyga. She was spotted driving over to his studio in the small hours of the morning, and he seemed to confirm their reunion with a cryptic Snapchat. They sure know how to keep us intrigued!

And now, Tyga has been pictured with his new squeeze. While this may be the end of the Tyga and Kylie dream, many have noticed something rather interesting about his new lady friend. Do you see it?

The pair were together for 2 years and are parents to 1-year-old Stormi.

They had a seemingly perfect relationship.

Given their high public relationship, the couple hasn't fallen short of rocky patches.

But this summer, the pair called it quits.

According to reports, the 2 are now "both single" and are "walking away from their relationship." The news comes after Scott was notably absent in South Carolina, where Kylie attended Justin and Hailey Bieber's wedding with Stormi, but without her beau.

Although some conspiracy theorists suspected there may be a little more to the story.

Because soon after the split, Kylie was spotted with pals driving over to her ex Tyga's studio - at 2 in the morning. Some believed this may be the start of something not-so-new?

Kylie claims there's nothing to the 2am visit, and that things are far more innocent than they potentially seem.

Well, maybe not. Because Tyga then took to Snapchat to cryptically refute Kylie's denial.

For those not in the know (and we include ourselves in that category), a blue hat is reported to suggest someone is covering up the truth. Many have taken this to be a dig at Kylie.

What do you guys think?

Many have faith that things aren't quite over for Tyga and Kylie. And the latest update in the story could prove it.

because Tyga has been spotted with a new lady on his arm.

You may think this proves he's over Kylie - but it seems like this might not be the case at all.

Because his latest girlfriend?

Well, let's just say she looks awfully familiar. Many are claiming she's a bit of a Kylie Jenner lookalike.

And to some, this is actually kinda sad.

We wonder if the new lady has noticed the striking resemblance she bears to Tyga's incredibly famous ex.

"Looking like Kylie Jenner" is sort of an abstract concept at this rate, right?

Here's the picture that's got everyone talking.

The new couple was spotted leaving Delilah restaurant in West Hollywood on Saturday night. Do you see the resemblance - or is the internet reading too much into it? Say what you like about Kylie, but she sure knows how to grab a headline. Scroll on to see why her Bieber wedding outfit caused quite such a stir.