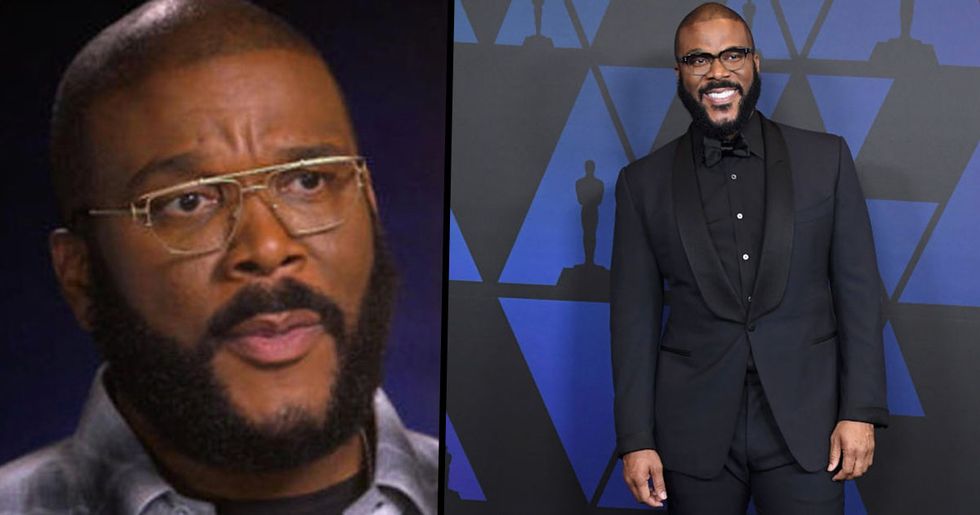 There's a lot of competition out there when it comes to movie making. With a fierce market that includes the likes of Disney, Warner Bros, and Paramount, it can be a tough cookie to crack to make it big.

But, actor, Tyler Perry has come in with a bang after opening his own movie studio that is apparently "bigger than Warner Bros, Paramount, and Disney combined."

For his jam-packed grand opening party in Atlanta last weekend, a whole host of a-listers attended, including Beyonce, Oprah Winfrey, and Samuel L. Jackson, in support of his new venture. But, the opening of his major studio is way more than Hollywood buzz, as the actor, comedian, and writer has made history as the first black American to own a studio outright.

Keep scrolling to learn the true extent of this enormous studio and why despite its opening, Perry still feels ignored by Hollywood.

Over the years, Perry has crafted an impressive career in the entertainment industry, spanning theatre, acting, writing, and directing.

But, he had a difficult childhood, suffering years of abuse.

One of 4 children, Perry had an extremely tough upbringing and endured years of abuse at the hands of his father. According to Biography, he once described his father as a man "whose answer to everything was to beat it out of you."

But his trauma didn't end there...

Outside of the home, the star later admitted he was sexually abused by 4 different adults - attempting suicide at one point to try to escape his difficult situation.

After dropping out of high school, he managed to get himself on the entertainment industry radar...

After eventually earning his GED, the star held a string of unfulfilling jobs before discovering his true passion for entertainment.

Oprah Winfrey was the inspiration behind his first musical I Know I've Been Changed.

As per Biography, after watching an episode of Oprah Winfrey's famed talk show, "Perry was inspired by a comment on the program about how writing about difficult experiences could lead to personal breakthroughs." So, he took up the advice and started a series of letters to himself, which later became the basis for the musical. Though it opened to a disappointing turnout, he was not deterred and continued on his pursuit to break into the industry.

The play featured the character of Madea, based on his mother and several other women in his life. Perry also starred in the play in drag. "Madea" went on to feature in several other plays as well as a string of successful films.

Soon enough, Perry became the box office superstar was know him as today.

He also recently earnt himself a star on the Hollywood Walk of Fame.

The acting and writing powerhouse said he was so "grateful" to be awarded a star and it made his "heart so full" to see the cast from all his shows attending to congratulate him.

When it comes to the Hollywood scene, he's certainly a force to reckoned with.

Whether it's his shows, acting jobs, theatre or directing work, Perry knows how to produce a big box office hit.

And now it seems he's tackling the movie-making realm on a whole new scale.

The star has just opened his own major movie studio.

The "Tyler Perry Studio" is huge, and we mean, huge...

Which makes it bigger than "Disney, Warner Bros. and Paramount’s studios in Burbank, California, combined."

The site once served as a Confederate army base, and is now, thanks to Perry, one of the largest movie studios in the entire U.S.

He is the first black American to own a major movie studio outright.

Stars such as Beyonce, Oprah Winfrey, and Will and Jada Pinkett Smith, turned up to support the entertainment mogul at the event.

But it's not all been rainbows and sunshine...

The star says that despite having earnt a Hollywood Walk of Fame star and opening his brand new studio, that Hollywood "ignores" his work. Speaking to CBS News, Perry explained: "I clearly believe that I’m ignored in Hollywood, for sure. And that’s fine. I get it. "My audience and the stories that I tell are African-American stories specific to a certain audience, specific to a certain group of people that I know, that I grew up [with], and we speak a language. Hollywood doesn’t necessarily speak the language. A lot of critics don’t speak that language. So, to them, it’s like, ‘What is this?’"

People have reportedly asked whether he built the studio for "validation."

But when faced with this question during his interview with CBS, Perry replied "‘No. Not at all."

He wants his studio to be a place where everyone is represented.

Perry believes what he is doing with his new studio is extremely important for those who are often ignored in Hollywood.

"So, what I know about what I’m doing is, any doubters, just come take a visit and walk these streets, see these people, see these underdogs and you tell me what I do don’t matter."

Taking to Instagram, he gave fans a message of hope for achieving your dreams.

In a post penned the highway sign directing people to his studio went up, Perry wrote: "Just know that it is possible to believe in your dream and still wonder how or when it’s going to happen. Stay the course. Pray, work, believe and repeat. You’ll get there. Just believe for as much as you can, and ask God to help you believe for the rest!"

We can't wait to see what's instore for Perry next.

We have no doubt that the entertainment mogul has a lot up his sleeve.