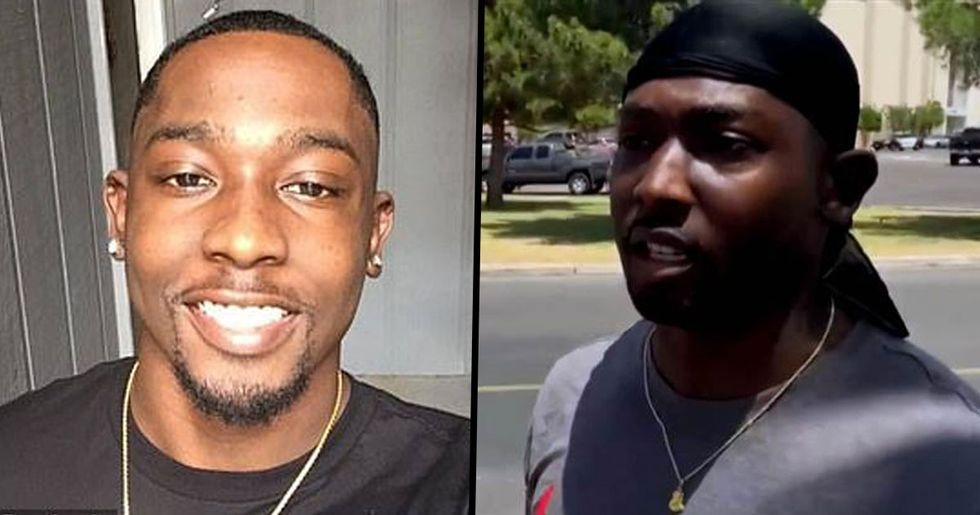 This weekend, our country went into mourning after two devastating mass shootings in Texas and Ohio claimed the lives of dozens of innocent people.

On the morning of August 3rd, twenty-one-year-old Patrick Crusius entered a crowded Walmart store in Texas with an assault-style rifle and opened fire in what authorities are calling an act of domestic terrorism. Crusius was detained by police officers at the scene. Twenty people have now been confirmed as dead, with a further twenty-six severely injured.

But amongst all of the tragedy, an off-duty soldier has been drawing in praise for an act of heroism that saw him carrying children to safety during the Walmart shooting.

There have been 251 mass shootings in our country this year alone.

Things need to change. The number of mass shootings across the U.S. so far in 2019 has outpaced the number of days this year, according to a gun violence research group. This puts 2019 on pace to be the first year since 2016 with an average of more than one mass shooting a day.

And this is with no thanks to our nonchalant gun laws.

Guns don't kill people... People with guns kill people. It seems like a pretty straightforward solution, doesn't it? Take away the easy-accessibility to deadly firearms, and terrorists will no longer be able to stroll into a supermarket armed with military-style weaponry.

Because, sadly, that is exactly what happened in Texas this weekend.

Saturday, August 3rd, started as a pretty normal day for most. In El Paso, a Texas city just on the Mexican border, the local Walmart store was full to the brim of parents and children shopping for the back-to-school essentials.

A gunman stormed the store.

Identified now as twenty-one-year-old Patrick Crusius, the white supremacist marched into the superstore at the Cielo Vista Mall armed with an assault-style rifle. He then opened fire upon the unsuspecting and terrified shoppers.

There was chaos as people tried to flee the store.

"People were panicking and running, saying that there was a shooter," Kianna Long told Reuters. "They were running close to the floor, people were dropping on the floor." Reports of an active shooter were received at 10:39 am local time, and law enforcement officers were on the scene within six minutes, police have said.

However, it was too late.

By the time the police arrived, at least twenty people had already been killed, and another twenty-six were severely injured. Crusius surrendered himself to the police and now remains in custody.

Crusius' massacre has been treated as a terrorist attack against the Hispanic community.

In El Paso's population, 680,000 is of Hispanic descent. Shortly before his sickening attack, Crusius is believed to have written and posted an online document calling his massacre a response to "the Hispanic invasion of Texas." The document was posted on 8chan, an online message board frequently used by the far right, and in it, described a "cultural and ethnic replacement brought on by an invasion" in alluding to Hispanic people in the U.S.

He has also shown support for other far-right terrorists.

The four-page document, reportedly posted some twenty minutes before police received the first emergency call from the Walmart, also expresses support for the gunman who killed fifty-one people in Christchurch, New Zealand, earlier this year in March.

The Hispanic community feels targetted. Mexican authorities have confirmed that, among the twenty dead, seven were Mexican nationals.

The victims have started to be identified.

And an Army veteran, a fifteen-year-old boy and an elementary school principal were among the twenty victims of Saturday's horrifying shooting.

Heartbreakingly, 2 doting parents were among the fatalities.

via: Courtesy of family via The Guardian

Jordan and Andre Anchondo were tragically shot dead while trying to protect their 2-month-old son.

They leave behind 3 children.

Jordan, twenty-five, and Andre were the parents of three children, who are 5 years old, 2-years-old and 2-months-old. The couple had dropped off their five-year-old daughter at cheerleading camp nearby just before going to the fateful Walmart to buy school supplies.

Andre reportedly shielded his wife and baby from the bullets.

“Her husband was in front of the gunman to protect Jordan, and Jordan was protecting her baby," Monique Terry, Jordan Anchondo’s cousin, told The Guardian.

The parents gave their lives for their children.

Jordan's sister, Leta Jamrowski learned on Saturday afternoon that her sister and Andre had been gunned down in the store. “From the baby’s injuries, they said that more than likely my sister was trying to shield him," Jamrowski told the Associated Press. “So when she got shot she was holding him and she fell on him, so that’s why he broke some of his bones. So he pretty much lived because she gave her life."

But is now making a full recovery in hospital. Elizabeth Terry, Jordan’s aunt, told The Guardian that it was clear the parents gave their lives for their child. “He’s alive because of the heroics of both his mother and father," she said, adding, “They are clearly amazing parents – self-sacrificing in every sense of the word … It’s a huge loss to the family and a huge loss to the world." "She was the light of our family," Terry continued. “She brightened up the room. Her laugh was contagious. She always put you in a better mood … She always saw the good in people."

Their children are now being looked after by the family...

But are reportedly confused about the fate of their parents. The family is working hard to support the children with “a lot of hugs, a lot of kisses, a lot of holding them tight," Elizabeth Terry said it was also inspiring to see how grieving families and community members were all supporting each other: “The stories are endless of how the community has come together."

It seems like several other children were saved during the tragedy.

And that's thanks to one man, who is now being hailed a hero.

Glendon Oakley was shopping in the mall when the gunman opened fire.

Speaking to the local television station, KVIA, the twenty-two-year-old off-duty U.S. soldier revealed that he was in the sports store, Footlocker, when tragedy struck in the nearby Walmart store.

According to Oakley, a child ran into the store as the gunman started shooting.

But when the child told people that a man was shooting, Oakley admitted that he didn't believe him. "A little kid ran in there telling us 'there's an active shooter in Walmart,' but we didn't pay it no attention because for one it's a just little kid, and for two we're at the mall and not at Walmart," Oakley explained. "We just didn't pay no mind."

But he then heard the gunshots for himself.

After hearing two gunshots followed by the sounds of people running and screaming, he automatically fled the building with his own gun, which he was licensed to carry. "I'm in the military, so when I hear the gunshots we're trained to think fast. Grab your weapon, think fast, take cover, do anything you can," he said.

As he fled the store, he saw a bunch of terrified kids running around without their parents.

After seeing the petrified children, Oakley and another man started scooping them up to try to get them to safety. "The only thing I think of is just to pick up as many kids as possible. Maybe a total of thirteen kids running around, but I could only get about three. I think he grabbed three as well," he explained.

Kids in hand, he ran as fast as he could.

"I was just focused on the kids, I wasn't really worried about myself. I put my head down and just ran as fast as I could."

But, when he eventually reached a parking lot, he was confronted by an armed police officer.

Turns out, the officer wasn't sure whether Oakley was trying to help or whether he was the shooter himself.

But the confusion was quickly cleared up.

After showing the officer his clip and gun license, Oakley was given the all-clear.

People have been taking to social media to hail the man a hero.

I will not post the killer’s picture on my page because this Hero Glendon Oakley needs to be on front page news bec… https://t.co/TpEeQqf08P
— DeMarko (@DeMarko)1564892556.0

Like this user, who refused to post the image of the gunman, believing that Oakley's face should be on the front pages instead.

Many pointed out his sheer bravery while in the firing line.

"A HERO and patriot this man has more compassion and respect for children than his own life. You sir are a hero," one user wrote.

But this appalling attack is a wake-up call for our country.

How many more innocent people need to be slaughtered before our president calls upon our gun laws to be changed? President Trump has been criticized for his response to both terror attacks over the weekend, as he merely sent out a few tweets and the classic "thoughts and prayers."

And he has refused to comment on the role our barbaric gun laws play in this incident.

Speaking to reporters on Sunday, the president claimed that "Hate has no place in our country, and we are going to take care of it." "This has been going on for years, for years and years in our country and we have to get it stopped." In a tweet, Trump attempted to steer attention away from his stance on guns to "Fake News," claiming that unfair news coverage could be the cause behind the terrorists' motives.

He then went on to blame mental illnesses for the attacks.

"If you look at both of these cases, this is mental illness. These are people who are very, very seriously mentally ill," he said. But many critics have argued that the roots of the two massacres lie in the president's language about immigrants and Mexicans in particular and his opposition to gun control.

For now, all El Paso can do is stay united.

But change needs to happen. The president needs to wake up to what our country is becoming and, instead of throwing around claims of "mental illnesses" and "fake news," bite the bullet and restrict our access to firearms. Innocent human lives are worth more than that, surely?