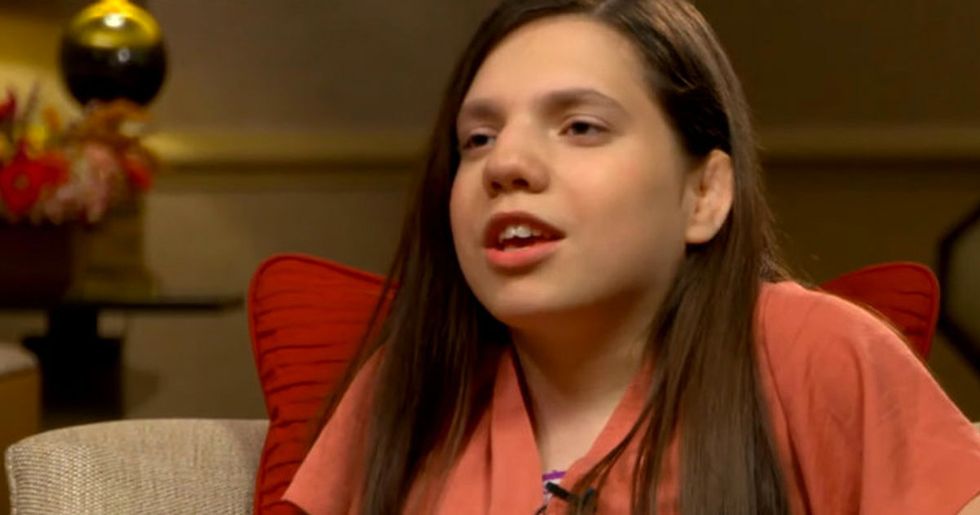 Natalia finally admitted to being a lot older than 6-years-old...

In 2013, the family moved to Canada for their son to attend the Perimeter Institute for Theoretical Physics in Ontario.

Barnett has so far remained quiet, while the rest of the world, quite understandably, has been losing its mind over the bizarre story.

Barnett claimed that Natalia actively tried to harm his 3 sons when she would collect the things most precious to the boys – a cow toy, toy cars, and homework – and would throw them into traffic whilst the family was crossing the street.

Natalia and her new family strongly insist that she is only sixteen...

But Natalia has finally spoken out for herself in an exclusive interview with Dr. Phil.

Natalia appeared on the talk show with her adoptive mom...

And she and Cynthia strongly insisted that she was sixteen years old.

When Dr. Phil asked about why she lied about her age being twenty-two...

Natalia insisted that the Barnett's told her that she was twenty-two-years-old and that they forced her to go along with their story.

"She's painted you as an evil sociopath..."

Natalia insists that Kristine told her to agree that she was twenty-two, and to lie to the authorities about her age.

But what about the terrifying allegations?

The TV host asked what Natalia wanted the public to know after Kristine "painted you as an evil psychopath, some evil dwarf that's gonna pop up and poison their coffee or stab them in their sleep."

Cynthia also said Natalia wasn't at all a threat.

She insisted that she didn't feel threatened to have Natalia in her home living amongst her other children; in fact, she said that Natalia gets on very well with the other children.

Watch the first part of the interview here...

The rest of the interview can be viewed on Dr. Phil's channel.