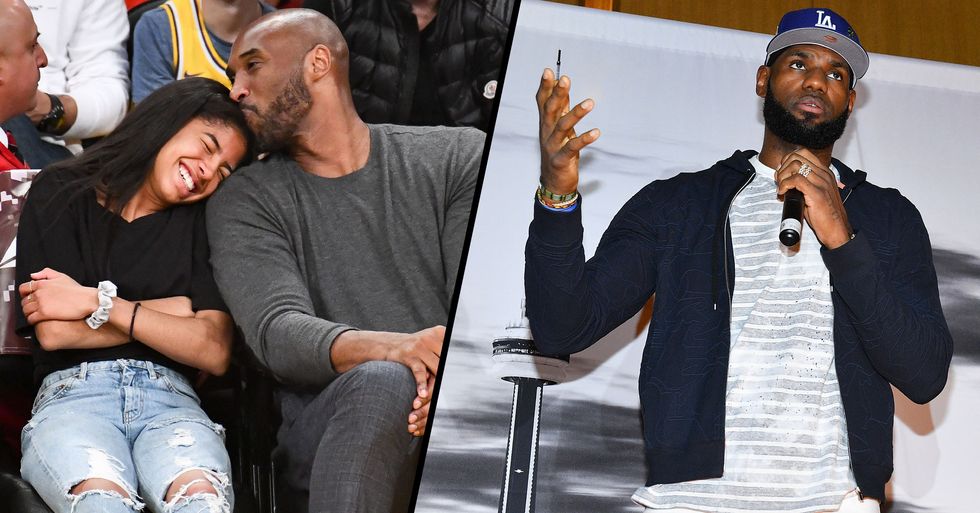 Celebrities have reached out to leave touching tributes for the star, one of which is LeBron James, who has revealed a tribute tattoo in honor of the late star.

Scroll to the end to see what the NBA is doing for the All-Star game, to show their respect for the Bryant family.

Now, Lebron has revealed a tribute tattoo to honor the late star.

The whole world is mourning for Kobe, Gianna and the rest of the victims.

The NBA has a lot of tributes planned for the All-Star weekend.

Team Giannis plan on wearing No. 24 jerseys to honor Kobe, while Team LeBron will wear No. 2 jerseys to show respect for Gianna.

LeBron James was asked why he gave his team Gianna's number.

He hinted at the link both players had being fathers to girls.

It was for his daughter Zhuri.

"LeBron said the league asked him if he wanted his team to wear 24 or 2 for the All-Star game," Los Angeles Times reporter Tania Ganguli tweeted. "He picked 2, the number Gianna Bryant wore. Why? 'Zhuri.'"

LeBron is a devoted father too.

LeBron's only daughter Zhuri is the youngest member of the "James Gang." Kobe was very open about the fun he had raising his 4 daughters.

James proves that Bryant was "more than an athlete" by wearing Gianna's number.

When remembering her favorite exchange with Bryant, ESPN reporter Elle Duncan recalled Kobe telling her how much he loved being a "girl dad." The passion Bryant had for being a father will always be remembered. The All-Star game will be held on February 16th.