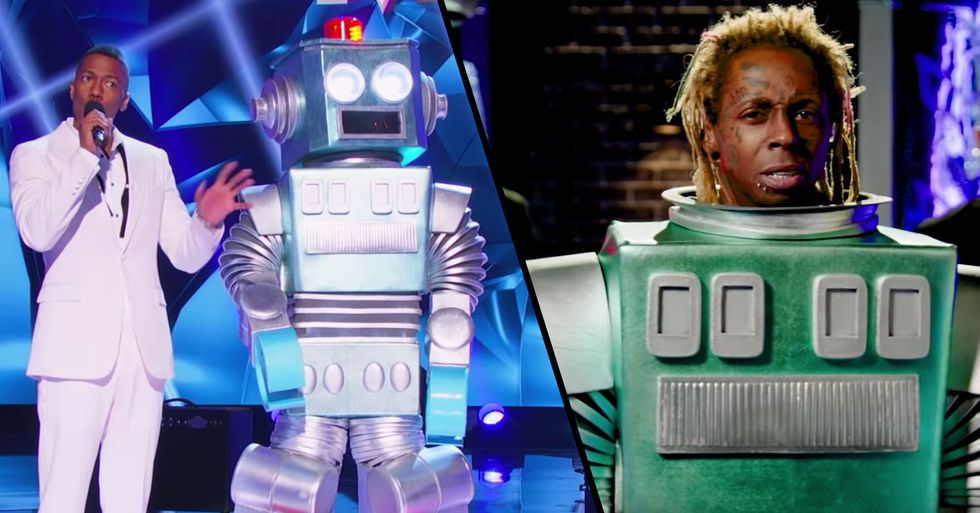 After many began speculating whether he had lost his flair for producing hits, the American rapper finally has some new music and it's finally dropped today.

Fans are going crazy for his mystery performance.

Keep scrolling for all the details...

And now it's finally here.

The rapper went undercover as a robot.

Lil Wayne was unmasked on The Masked Singer U.S.

Those at home were calling the show out for being obvious.

The panel guessed the robot could be Shaun White, Johnny Knoxville, Steve-O, Flavor Flav, or Floyd Mayweather, but it was, in fact, Tunechi himself under the mask.

The tweets are hilarious.

Clearly, most people knew it was Lil Wayne. But some were more shocked, posting: "I am in tears laughing! I never would have thought it would be Lil Wayne!" Scroll down to watch the unmasking.

"I did it for my kids," Wayne said. He was eliminated on the season premiere of The Masked Singer, singing Lenny Kravitz's 1993 single "Are You Gonna Go My Way" as his last song.

His performance tied in nicely.

His appearance on the hit TV show was an excellent promotion for his new album Funeral, that dropped last week. This was followed by the release of the video for 'Gimme Brain,' a collaboration between Travis Barker, Lil Wayne, and Rick Ross.